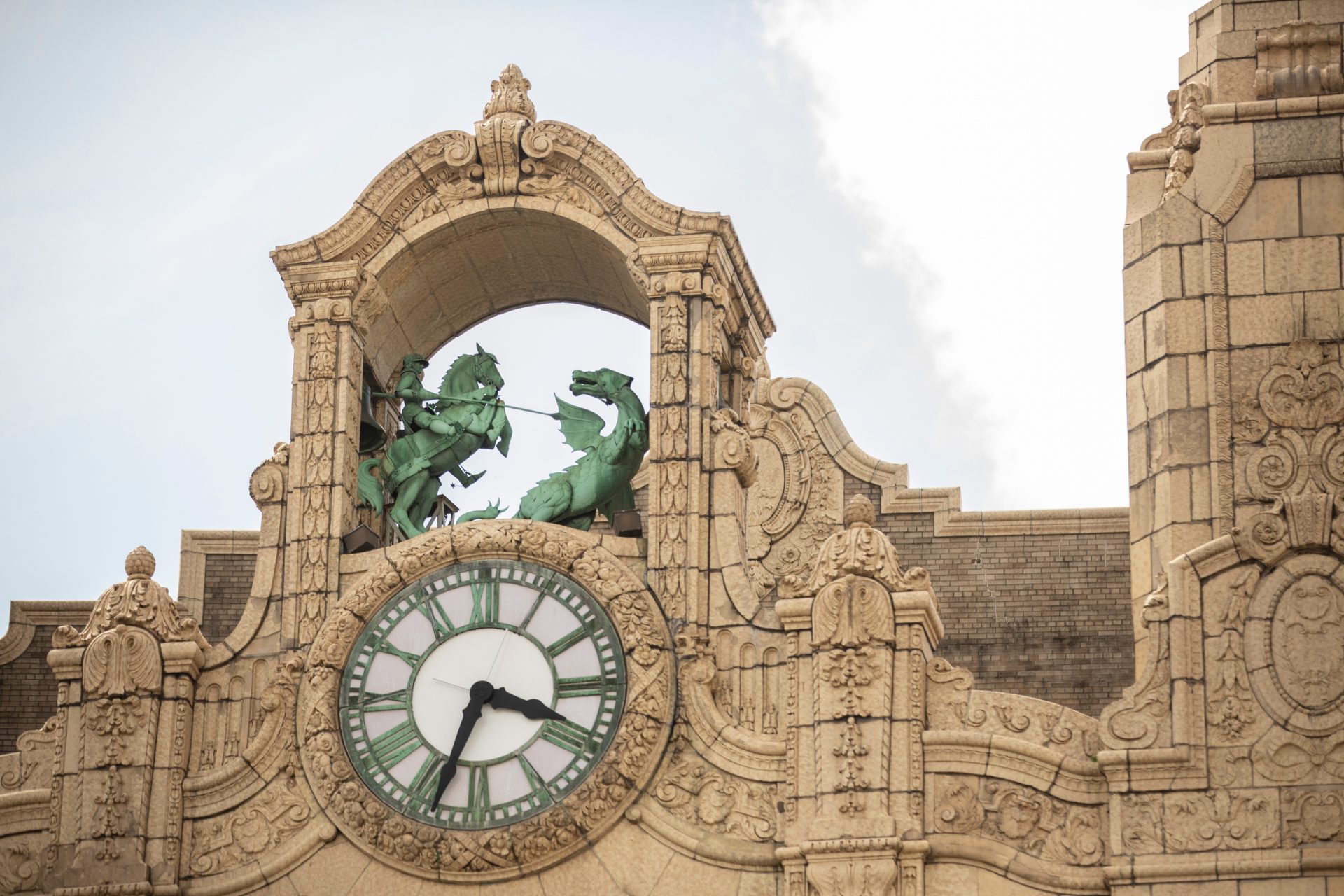 Jersey City is seeking developers to restore its nearly 100-year-old Loews Theater and create a world class arts an entertainment venue that could anchor a revitalized town center.

Mayor Steven M. Fulop and the Friends of Loew’s (FOL) announced a new joint with a request for proposals (RFP) to restore the theatre, listed on the New Jersey Register of Historic Places.

“The pandemic is not going to slow the city down, and after six years of stalled progress and litigation we are excited to finally have a positive plan in conjunction with FOL. We will now restore the theatre and find a partner that can bring world class talent on a regular basis to Jersey City,” Mayor Fulop said. “This is a significant step for Journal Square and the entire city.”

The city is accepting proposals for the redevelopment, operation and management of the Loew’s, in fusion with FOL, that not only satisfy the objectives of the theatre’s Redevelopment Plan, but also align with the Administration’s overall commitment to stimulating responsible reinvestment in the city and enhance quality of life.

The historic Loew’s will be an integral part of the revival and rehabilitation of the Journal Square area – Jersey City’s historic city center and one of the busiest transportation hubs in the region. The renovation is projected to cost nearly $40 million, with the city incorporating alternative financing such as historic tax credits, contributions from local developers, and other financing sources.

While the Loew’s Jersey is in operable condition and is currently open in limited capacity, it does require additional restoration and renovation to allow for full occupancy, improvement and modernization of production capabilities to expand the number and scale of productions, and increased patron comfort.

Ultimately, the city’s vision is to expand the operation of the Loew’s as a cultural and entertainment venue in which major commercial programming is presented while maintaining and growing the diverse additional affordable programming — such as local arts, theatrical, dance, multi-cultural, educational, film, and community-related shows, events, and activities.

The RFP seeks to find a commercial promoter and venue operator to partner in programming the Loew’s and bring a regular schedule of major national and international acts that will add to the diverse arts, community, and film shows already presented by FOL.

Colin Egan is a founder of Friends of the Loew’s established to preserve and reopen the Loew’s, and as its director he has been in charge of FOL’s programming since.

The Loew’s Jersey Theatre was called “The Most Lavish Temple of Entertainment In New Jersey” when it opened at Jersey City’s Journal Square nearly 91 years ago for its soaring ceilings, coffered gold ceilings, plush red drapes, more than 3,000 seats, large stage for live shows, and large screen for movies.

It stopped presenting a regular schedule of live shows in the mid-1930s in the wake of the advent of talking pictures and the need to cut costs during the Great Depression. But the Loew’s continued as a first run movie house, remaining an iconic local venue for decades, well past the time that many of its contemporaries were closed.

In 1973, the Loew’s Jersey was converted into a triplex to reflect the changed business model of motion picture presentation.

In 1986, the Loew’s Jersey was closed, sold and slated for demolition, but FOL was formed and called for the Theatre to be reopened and restored as a multi-discipline arts and entertainment center.  Jersey City joined in this vision, and in 1993 bought the Loew’s Jersey. It has since remained underutilized.

“There have been many roadblocks over the past several decades which is why the theatre has remained underutilized, but we’ve come to the point where we will make the turn to revive the Journal Square gem that has unparalleled history and untapped potential… until now,” said Mayor Fulop.

The Internet: Operating flawlessly through pandemic