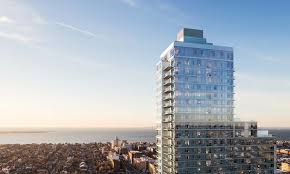 Muss Development announced that Jason Muss, a principal, will also serve as president.

Jason Muss, 47, will now officially lead Muss Development as it continues to develop and acquire new properties, invest in various assets, and lease up its extensive portfolio.

The firm continues to own many of the assets it has developed over the years and is an active investor.
“As the firm’s new president Jason continues our multigenerational history of family ownership and management,” said Muss family patriarch, Joshua Muss, who will step into the role of chairman, and will remain active. “I am confident that Muss Development is in good hands.”

“Being named President of Muss Development is a great honor,” said Jason Muss, who earned his law degree from New York University School of Law and has been actively involved with the firm’s evolution since he joined Muss Development upon his graduation in 1996.

“We have an excellent team in place, with a strategic plan to build on the last hundred years and move toward the next hundred. This is an exciting moment in my career and I’m looking forward to continuing the legacy that has been built.”

Over the last five years, Jason Muss has refocused the firm’s efforts.

On a larger scale, Jason has been spearheading a massive effort to reposition the firm’s major generational assets.