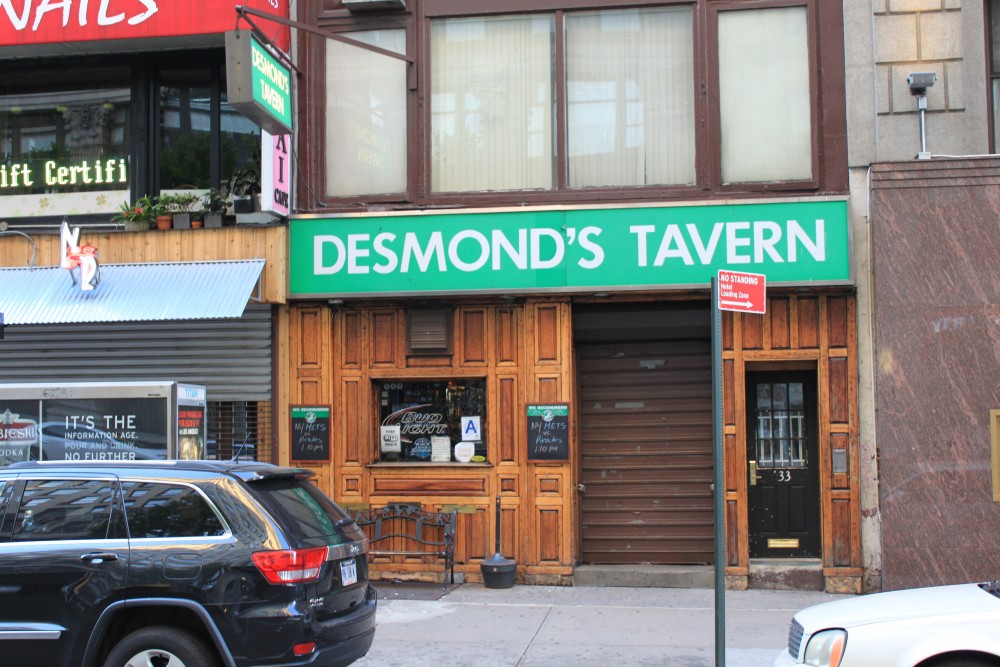 Romanian-born hospitality entrepreneur Istvan Nagy is taking over the venue where Lady Gaga cut her teeth as a singer.

The founder of the popular Side Door in Midtown and One Lenox has leased Desmond’s Tavern at 433 Park Avenue South in Kips Bay. Nagy will continue to operate the historic 85-year-old venue as a bar and restaurant with “elevated food” and live music.

Katz & Associates’ David Yablon arranged the lease on behalf of longtime owner, Hugh Connolly, whose family bought the bar in 1968. He has run it as Desmond’s Tavern since 1990.

“It’s very cool to represent Hugh Connolly in this transaction as his family has such a long-standing history with this unique space,” said Yablon. “Hugh likes to say, ‘If these walls could talk’ when he thinks about the early years of Lady Gaga and other artists performing.

“It’s great to be a part of this little piece of New York City history and it’s exciting to see the venue carry on with Nagy taking the helm.”

Desmond’s was one of several New York venues where the then Stefani Germanotta performed in the early days of her career before she became Lady Gaga, one of the world’s best-selling music artists and highest-earning female musician.

Nagy also has something of a rags-to-riches history, having arrived in New York City in 1998 from his native Romania after working in the kitchens of the Carnival Cruise Line and later as a waiter at Keen’s Steakhouse.

As part of the China Grill Management team, he went on to open several new restaurants, including Tuscan, English is Italian, Ono at the Gansevoort, The Gansevoort Rooftop, and The Empire Hotel Rooftop.

In 2010, he launched his own firm and has since opened One Lenox at the corner of 61st Street and 1st Avenue, and Side Door on East 57th which, despite opening during the pandemic, has made a big impression with Midtown diners.

The Desmond’s space features 1,600 s/f with an additional 800 s/f in the basement. Nagy hopes to open under a new name by the end of this year.