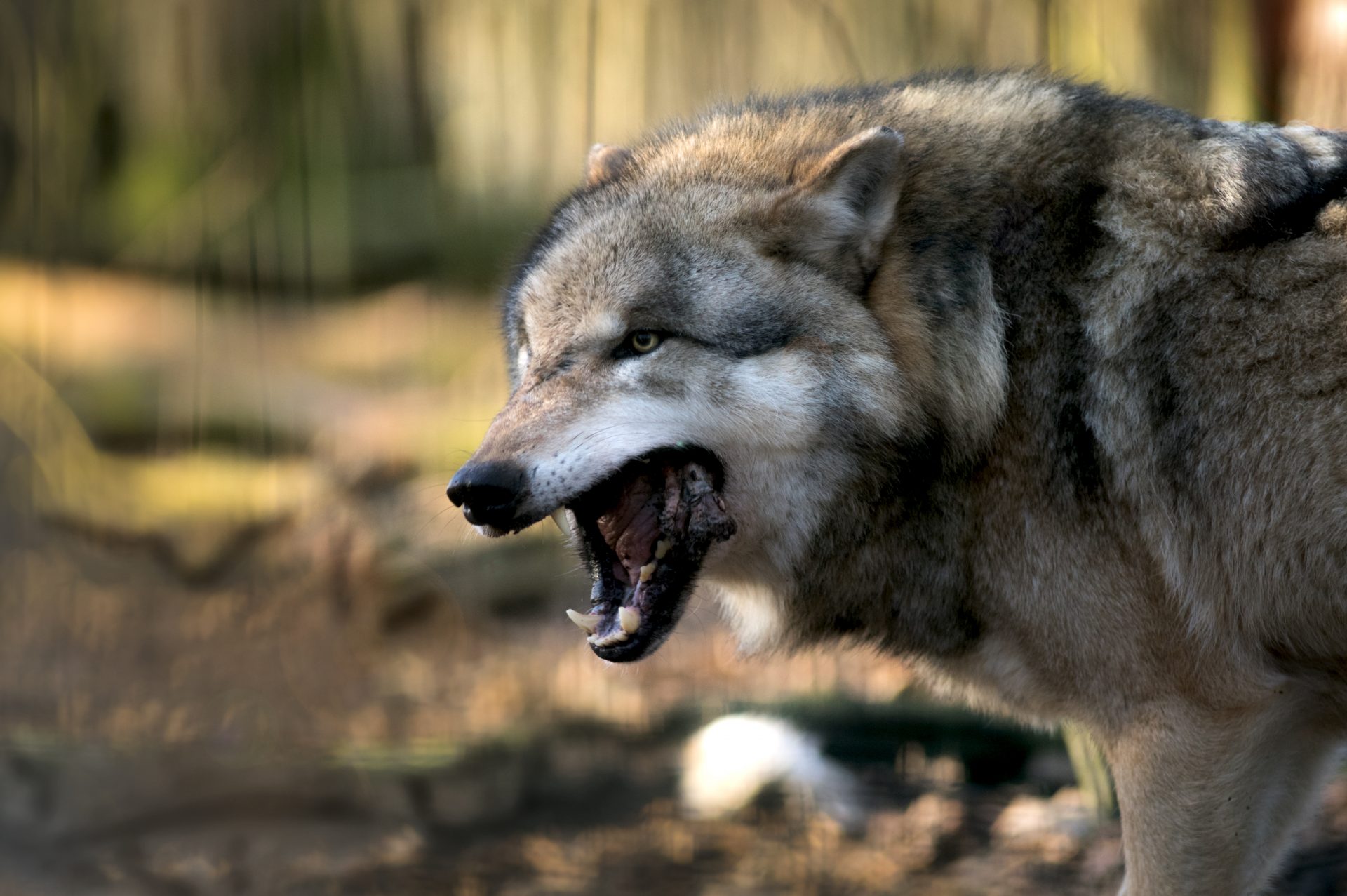 The stress and strain of city living is driving more New Yorkers to share their home with outlandish pets they claim bring them “emotional support.”

They are cozying up with everything from tarantulas and snakes to wolves and wild cats and setting their climate-controlled units to equatorial temperatures to make their crazy critters feel at home.

And the trend towards wild animal roommates is hanging like an albatross around agents’ necks.

In a case of the tail wagging the dog, agents like Emily Fisher are finding themselves seeking landlord approval for an array of animal companions from all corners of the world.

“A few years ago, I worked with a young woman from Vermont who wanted to buy a condo in Brooklyn that was dog-friendly,” the Compass agent recalled. “We looked at a few options and I decided to identify what kind of dog, because boards can be fussy about some breeds.  Was it a pit bull or a rottweiler for instance?”

When quizzed on the size and breed of her four-legged friend, the would-be tenant hedged on a 60 lbs. husky mix, before finally admitting, “He wasn’t really a dog. He was a wolf.”

Fisher said, “I told her I didn’t think any co-op or condo board would allow her to keep a pet wolf. As far as I know, she is still living in Vermont. Not sure what happened to the wolf though.”

Kobi Lahav, a managing director at Mdrn. Residential, had a client who was “on paper, the perfect tenant.”

“He was a finance guy who worked for one of the big banks. He was in his mid-20s, with a big salary, fine references, and clean credit history.”

During the search, Lahav had asked the client if he had any pets. “He showed me the cage with his chinchilla. They look very cute, but they’re really fierce animals. If you stick your fingers near the cage the chinchilla will attempt to bite it off.”

The banker had a medical note indicating that his caged chinchilla was indeed an “emotional support” animal aiding in his emotional stability.

When they found an apartment the banker liked, Lahav submitted his application paperwork to the co-op management board; emotional support note included.

Lahav said, “It was weird to me why a grown man needed a chinchilla in his apartment on the basis of emotional support. But I submitted the paperwork to the rental management group, and they immediately reached out to me for clarification within the hour, which is extremely rare.”

After the conversation with the building’s management board, the board rejected Lahav’s client, telling him housing a chinchilla was an absurd request. They thought the prospective tenant was too old for a pet chinchilla, and was potentially too strange of a person to introduce to their building’s community based on his choice of pet.

According to Lahav, “The management company later backtracked on that reasoning, claiming the chinchilla as actually a potential insurance liability if it were to get loose in the building, and that it could be considered a wild animal.”

Although New York City’s Health Code does ban the housing of wild animals in residential buildings, Lahav said he’s come across everything from tarantulas on the loose to climate-controlled units housing non-venomous pythons.

Historically, the niche of eccentric pet wielding New Yorkers is evident. Lawyer Aaron Shmulewitz of Belkin Burden Goldman recounted a man with two wolves in his Upper West Side co-op — until the board found out.

But even animals that are more common as pets can present challenges for landlords and brokers.

Patrick Craig of Corcoran ran into this problem when he had to show a listing to prospective tenants while it was still occupied by its outgoing tenant and her three bunny rabbits.

Craig recalled, “Her three rabbits roamed the apartment ‘free range’ style, and one of the rabbits was blind.”

To prevent the blind bunny from hurting itself when it was bouncing around the apartment, the tenant strategically placed pillows all around the furniture to minimize collision injuries.

“Reactions from clients ranged from ‘isn’t that cute’ to – depending on how well the tenant cleaned up after the bunnies – ‘how disgusting.’”

Sheila Trichter of Warburg Realty recalled reviewing a board package and reading over house rules with a client when she came across the pet section which read, “1. Cats and dogs are considered with board approval. 2. Aardvarks are not permitted,” indicating that at some point an aardvark was introduced to the building.

Trichter also ran into wild animals when showing an apartment.
“I was showing a couple a two-bedroom in the Village. There was a bold sign on the door of the second bathroom that read, ‘Do not open this door, cat inside’.”

But the client went in anyway. “Before I knew it, he opened the door and this was not an ordinary house cat. It was perched on top of a cage, and the client quickly closed the door and we all screamed and ran out of the apartment. I have no idea what it was. It was too small to be a lion or tiger but far too big to be a domestic animal.”

It turned out the tenant was sharing his home with an ocelot.

In New York City, property owners are allowed to institute whether animals are prohibited or not subjectively. Landlords who operate pet-friendly buildings also make their own rules regarding the rates they charge residents as a fee for having the animal.

In co-ops, condos, and free market rentals, owners can charge residents a fee. In rent-regulated housing, they cannot. More recently The Department of State has also said that no extra security fee can be charged because of a pet.

When it comes to a disability dog, including an emotional support one, no fees can be charged in any kind of housing.

While they have yet to turn up in a Park Slope pied-a-terre, there have been cases of Kangaroos in Wisconsin, miniature horses in Chicago and emotional support pigs in Allendale, Michigan.

The propensity for preposterous recently prompted HUD Secretary, and former presidential candidate, Ben Carson, to released new guidelines for both property owners and tenants on the definition of an emotional support animal and how it differs from a service animal.

It also took aim at bogus websites churning out false documentation for service and companion animals.

It may also help persons with a disability who requests a reasonable accommodation to use an assistance animal in housing.

Since 1990, the Americans with Disabilities Act (ADA) has allowed for service animals to be brought in to public places if they have been “individually trained” to “perform tasks to the benefit of an individual with a disability.”

The ADA defines a service animal as, “(a) any dog that is individually trained to do work or perform tasks for the benefit of an individual with a disability, including a physical, sensory, psychiatric, intellectual, or other mental disability. Other species of animals, whether wild or domestic, trained or untrained, are not service animals for the purposes of this definition. The work or tasks performed by a service animal must be directly related to the individual’s disability.”

In 2013, the Fair Housing Act added “Reasonable Accommodations” for assistance animals to the rules. It states “does the person making the request have a disability-related need for an assistance animal? In other words, does the animal work, provide assistance, perform tasks or services for the benefit of a person with a disability, or provide emotional support that alleviates one or more of the identified symptoms or effects of a person’s existing disability?”

Currently, complaints concerning the denial of reasonable accommodations and disability access make up nearly 60 percent of all FHA complaints. Complaints about accommodations for assistance animals, are on the rise year over year.

Carson has now updated the rules to clarify how housing providers can comply with the Fair Housing Act when assessing a person’s request to have an animal in housing to provide assistance because of a disability.

It offers landlords and brokers a step-by-step set of best practices for complying with the Act when assessing accommodation requests involving animals.

“Countless Americans rely on assistance animals to fill a void, providing individuals with disabilities with the means to have a home that supports their quality of life,” stated Secretary Carson.

“In my many discussions with housing providers and residents impacted by the need for assistance, I recognized the necessity for further clarity regarding support animals to provide peace of mind to individuals with disabilities while also taking in account the concerns of housing providers.

“Today’s announcement responds to the ambiguity surrounding proper documentation for assistance animals with clarity and compassion to provide an equal opportunity for a person living with a disability to use and enjoy their home.”

“NAR commends HUD and Secretary Carson for taking action to protect those who rely on the assistance of animals while preventing undeserving individuals from exploiting the system,” Smaby said.

The HUD guidance only applies to housing and some public facilities though. Airlines and transportation companies operate under a different set of rules and, while some have moved to ban emotional support pets from their vehicles, you might still see a Kangaroo on your next flight to Florida.