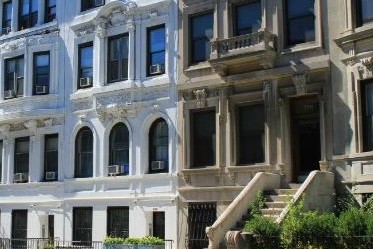 Multifamily investors are cherry-picking assets and driving prices up even as deal flow has slowed since the city re-wrote its rent regulations last summer.

A new report from PropertyShark analyzing multifamily sales recorded in the month of November in Manhattan, Brooklyn, the Bronx and Queens, shows the city’s multifamily slowdown is ongoing.

November did bring positive price trends, however, with the city-wide price per square foot, climbing 19 percent year-over-year to $492. At the same time, the price per unit registered an even sharper gain of 26 percent to close November at $419,937 per unit.

According to Matt Fotis, senior director of the National Multi Housing Group at Marcus & Millichap, that price jump is a phenomena of the new landscape.

“Since the rent laws changed, the majority of the multifamily buildings we have sold or put under contract have had a smaller component of rent regulated units and those with a larger rent regulated component are trading at lower metrics,” said Fotis.

“In the last six to eight months, fewer fully or mostly rent regulated buildings have traded and there has been a considerable decline in values for properties that fit that profile.

“On other end of the spectrum, more fully or mostly deregulated mutlifamy buildings have traded this year than those with a greater rent regulated component.”

The PropertyShark report found that city-wide sales volume was down 60 percent year-over-year to $412 million from November 2018’s $1.04 billion.

Year-to-date figures were also significantly lower than the same period last year; this year, NYC recorded a sales volume of $7.34 billion, which is $3.83 billion less than what was sold between January 1 and November 30, 2018.

According to PropertyShark, the slowdown was most evident when looking at the number of units sold: 20,124 between January 1 and November 30 this year, as opposed to the 44,308 that traded in the same timeframe last year.

In the middle market Fotis and his team at marucs & Millichap focus on, transaction volume has fallen 30 percent year over year and average sales volume down about 30 percent.

“Rent regulated buildings with low average rents made up most of the multifamily transaction volume in NYC over the past several years. Buyers who were actively purchasing those assets had a business plan in place that would allow them to move legal rents up by investing in individual apartment and building wide improvements.

“This created an opportunity where an owner could sell a building for a low return and reinvest in a building with a higher return,” said Fotis. “ Anyone with a rent stabilized property could sell and do a 1031 exchange into something that was producing a much higher yield, so it made sense. Today, things have changed.”

Fotis predicats 2020 could bring a further correction in the market as people receive estimates of how their property taxes will rise in January and consider the continued rise in operating expenses. There is also a concern in how the rent laws could change further.

“We may see more transactions of fully regulated buildings because there are buyers out there who see new opportunities in the market and owners consider their timing,” he said.

“Most of the people I am negotiating with right now are already heavily invested locally, are looking to expand and have a longterm holding period. They have wanted to invest into the market for a decade but haven;t been able to becuase of pricing.

‘We are also seeing some more professional buyers considering investing again – they are making bets based on where returns are today for rent regulated buildings compared to what they were 12 months ago and what might happen in the market in five to 10 years.

“They see opportunity above a five percent return and when they compare that with what they could get in more attractive markets nationally, they are not that far off. So we are seeing more people who fit that profile strategically investing for themselves and others.”

According to the PropertyShark report, Manhattan multifamily sales activity was 35 percent lower in the borough in 2019 than it was a year ago, with 22 deals closed for a total November sales volume of $156 million.

In Queens, sales volume tumbled 83 percent and year to date unit volume was down 65 percent.

The Bronx was the only borough where price trends were negative in November. At $167, the average price per square foot came in percent below 2018 prices.

The average price per unit came in at $134,142, undergoing a 25 percent contraction year-over-year.

Sales activity was 61 percent below November 2018 figures and the Bronx’s November sales volume was down 60 percent year-over-year.

NYC calls a halt to sending its homeless population to Newark