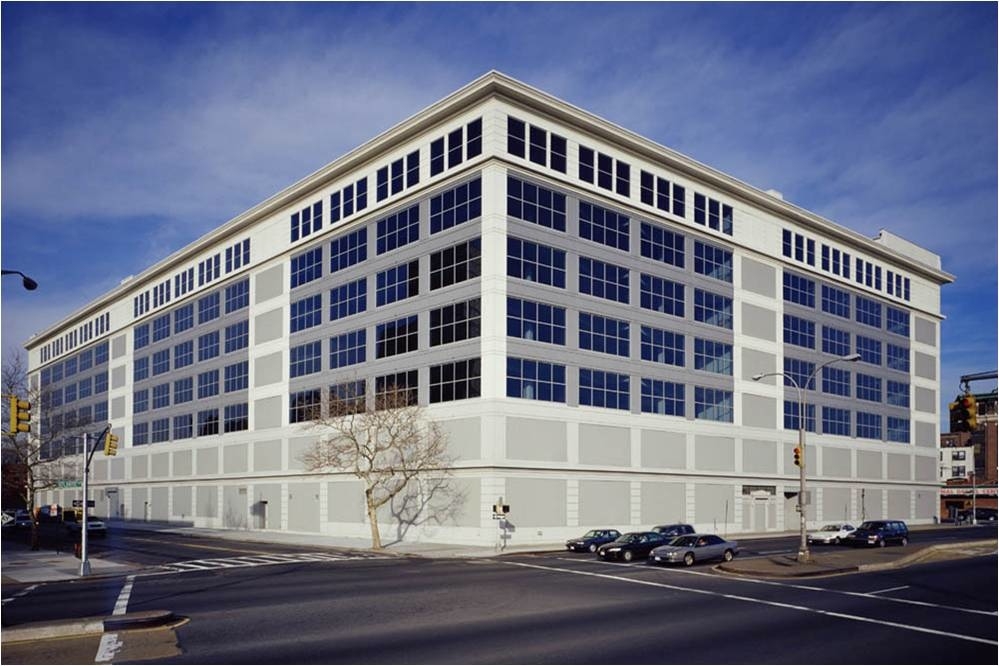 If Brooklyn is becoming more and more like Manhattan, Atlantic Avenue is its Bowery.

While surrounding brownstone neighborhoods like Fort Greene, Clinton Hill and Prospect Heights have become rapidly gentrified and are seeing a growing number of expensive new condos, the famous thoroughfare has been slow to catch up.

In a neighborhood that has changed completely in the last decade, Atlantic Avenue stands as a lone remnant of the Brooklyn of Notorious B.I.G.

But there are signs that Atlantic Avenue beyond Barclays Center might, finally, be on the verge of a makeover.

Developer RXR Realty recently bought the long-term lease of the 650,000 s/f office building 470 Vanderbilt at the corner of Atlantic and Vanderbilt Avenues for $200 million in partnership with American Landmark Properties.

RXR’s executive vice president Seth Pinsky said he hopes the building, which is mostly leased, will serve as one of the catalysts for the avenue’s development.

RXR is planning to turn significant portions of the ground floor into retail space, which Pinksy hopes will bring more foot traffic to the avenue.

Across from 470 Vanderbilt, on the Atlantic Terminal rail yards, Forest City Ratner will begin construction of 2,250 affordable housing units next year. In June, the company and the city agreed to an accelerated schedule under which the units will be completed by 2025 — ten years ahead of the original schedule.

Pinsky believes it is only a matter of time before the avenue completes its transformation. “I think that the major issue is that it runs through the periphery of neighborhoods that are quickly changing,” he said. “As those neighborhoods began to improve, investments were made in the core. Atlantic Avenue was one of the last places touched in that evolution, but we are starting to see that happening.”

But apart from geography, there is another obstacle that may be far harder to overcome: car traffic.

The avenue is one of the busiest thoroughfares in New York City, and the constant buzzing of traffic is a challenge for any light sleeper within two blocks of the street. The traffic also makes Atlantic Avenue a hard sell for anyone with children, as few streets see more pedestrians killed by cars.

After years of neglect, the city has recently begun addressing Atlantic Avenue’s traffic woes. In April, the Department of Transportation made Atlantic Avenue the city’s first arterial slow zone with a speed limit of 25 mph. And in June, the Department of City Planning’s transportation division launched a study in an effort to make the street safer and more attractive for businesses.

But Aleksandra Scepanovic, managing director of the Brooklyn residential brokerage Ideal Properties Group, doesn’t believe these measures will change much.

“Atlantic Avenue is for drivers — a paradise of exhaust fumes and traffic jams,” she said. “You need to have a reason to stop, whether you drive at 25 or 40 mph makes no difference if it’s no destination.” Car traffic, along with a lack of retail anchor tenants and subway stops, make it unlikely Atlantic Avenue will ever be as attractive as surrounding streets, according to Scepanovic.

RXR’s Seth Pinsky is more optimistic. “All you have to do is look at Atlantic Avenue closer to the East River,” he said, arguing that it has become a fairly successful office and retail street, despite the heavy traffic.

According to Pinsky, there is no reason why that success can’t be replicated further east, beyond Barclays Center. He envisions a mixed-use future with retail, offices, residential buildings and industrial space — provided its current industry-friendly zoning doesn’t change.

Adam Hess, a partner at commercial brokerage TerraCRG, expects Atlantic Avenue to become a retail destination in the near future. “Once all those towers (at Atlantic Yards) happen, there’s going to be a lot of desire for retail,” he said.

“Foot traffic will spread down, and in three to four years, Atlantic Avenue will start to look more like Smith and Court Streets.”