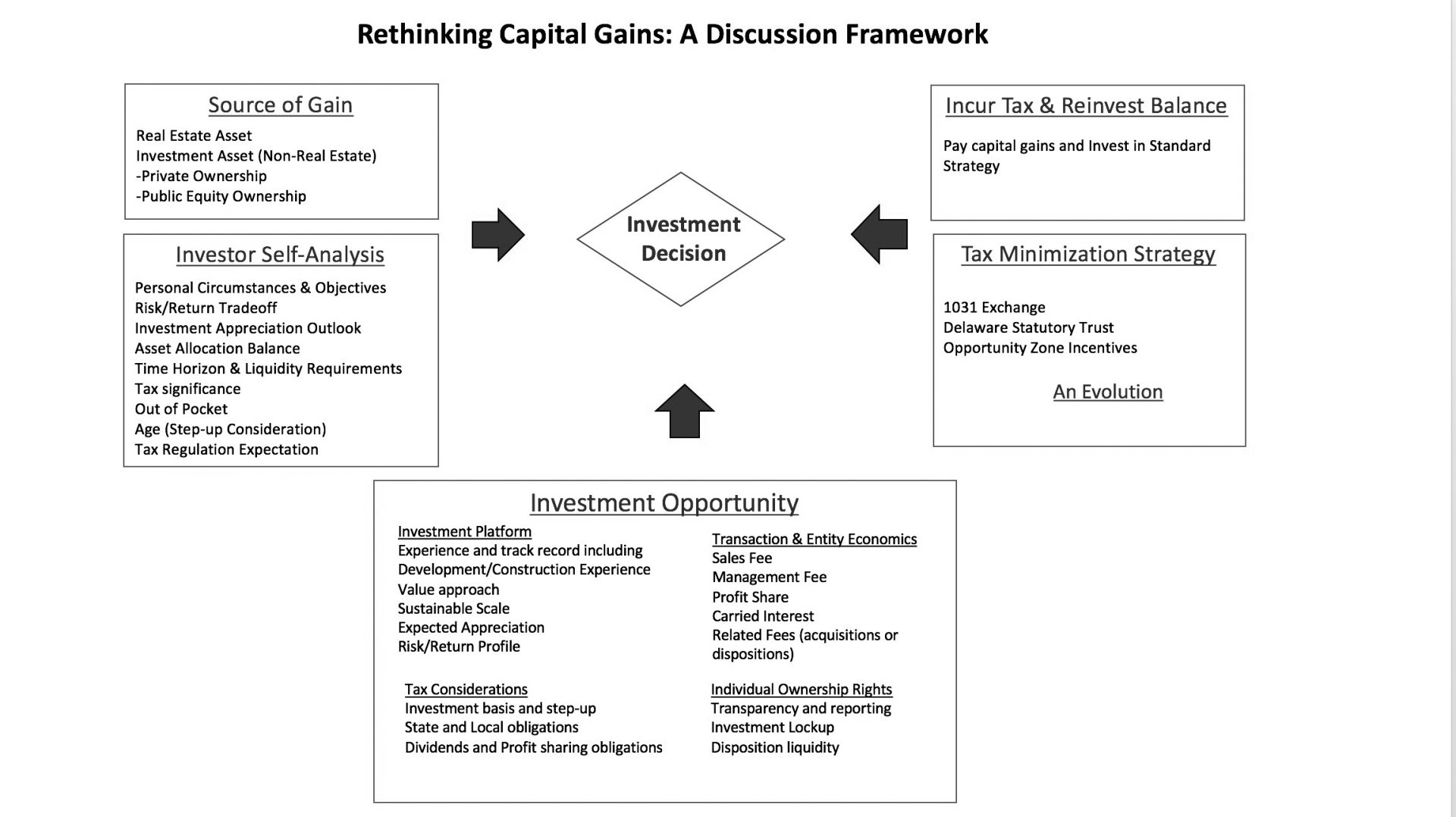 What are NYC’s real estate power players thinking about these days? Goals for 2019, probably, but also capital gains and Opportunity Zones.

The latter subjects were the focus of a recent breakfast roundtable event, organized by Harry Dublinsky of EisnerAmper and his Collabnet co-founder, investor Mark Pearlman.

Rose, the keynote speaker, began the discussion by assessing the prospects and potential impacts of the Opportunity Zone Incentives Program.

He warned, “Not all the key details of the program have been announced, and some important aspects are likely to be modified when the new Democratically-controlled House of Representatives convenes.”

He added, “Until all final details of the program are determined, revealed and publicly debated, skepticism by critics is justified and demands for reasonable transparency are legitimate, reflecting the adage of British Common Law, ‘Justice must be done and must be seen to be done’.”

Despite the uncertainties surrounding the initiative at present, Rose has some definitive recommendations for developers.

“Groups planning to engage in Opportunity Zone programs would do well to include in their teams not only legal, financial, construction, and physical planning experts, but also experts with experience in dealing with the poor, marginalized, and truly disadvantaged,” he said, noting that such teams would help developers surmount the difficulty of balancing success on a public and private basis.

As he explained, “The challenge for local officials is to ensure that public benefits are real and that they are properly distributed. The challenge for investors is to be sure that their investments are sound.”

How will the program ultimately be evaluated? According to Rose: “The Opportunity Zone concept is perfectly valid. History will judge its soundness by the impact of its developments on those truly in need, and at what cost to the public at large from forgone revenues.”

To aid in decision-making, CollabNet introduced to attendees a framework to navigate the ever-expanding possibilities and choices. The framework systematically addresses financial, business, investment, tax, and legal issues, which are essential factors underlying an investment decision. (see Discussion Framework).

In the tax realm, CollabNet had an expert on hand — Matthew Rappaport, a tax structuring attorney at Falcon Rappaport & Berkman PL. He talked about Opportunity Zones as well as other issues related to ways in which investors should be thinking or rethinking capital gains.

“Most prominent among those is the Opportunity Zone program, but an overlooked strategy involves the doubled federal estate/gift tax exemption, which allows for $11.2 million per person of step-up in basis without paying estate taxes. For every dollar of step-up in basis, a dollar of built-in capital gain gets wiped out forever.

“Cost segregation seems to be ‘supercharged”’ after the changes to bonus depreciation and expensing, giving rise to outsized deductions for newly purchased property.”

What are the key takeaways for investors? Rappaport cautioned: “Don’t let the tax tail wag the dog. A deal should be economically viable first, and it’s our job to make sure the deal reaches the optimal tax outcome.

“Sometimes, it’s just a better idea to pay your taxes and keep what’s left over – sad tales often begin with a taxpayer a bit too eager to avoid taxes on a windfall.”

For investors and developers, Rose offered a concluding thought: “The biblical Book of Ecclesiastes put it wisely: ‘To everything is a reason and a time to every purpose.’ What is the business moral? Flexibility and timing.”