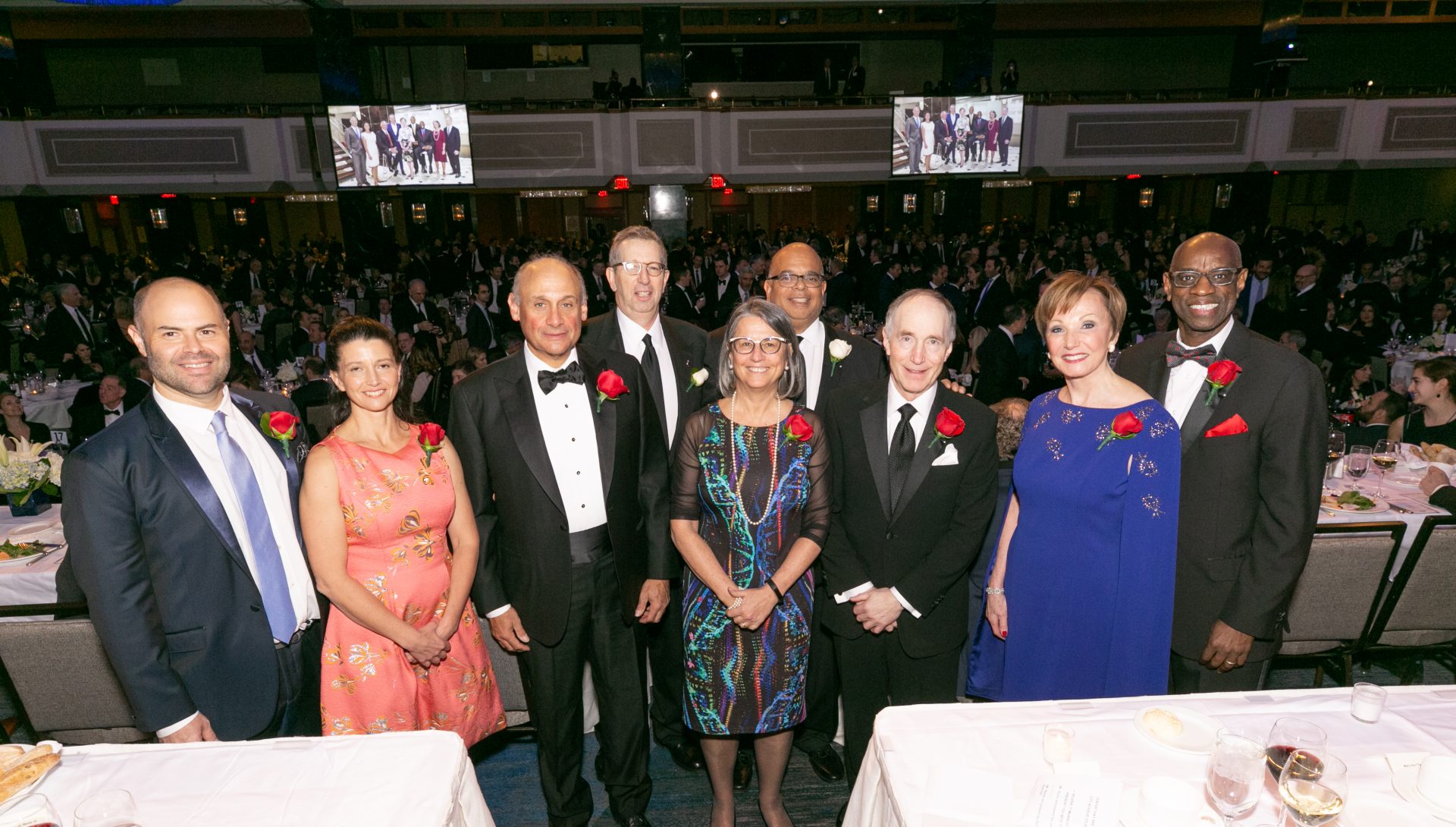 U.S. Senator Charles Schumer applauded Carol Kellermann, outgoing president of the Citizens Budget Commission, on her dedicated service to New York City as she received The John E. Zuccotti Public Service Award. The Zuccotti Award recognizes a New Yorker who has displayed exceptional accomplishments and service in the public’s interest. Kellermann was Schumer’s first chief of staff in the House of Representatives.

Addressing an audience of over 2,000, the Senator called for an end to the government shutdown and the passage of the Gateway tunnel project. “New York depends on it,” he said.

Schumer was joined by numerous elected officials, New York City and State commissioners, along with civic and business leaders.

“Tonight’s turnout is a sign of the strength and unity of our industry,” said John H. Banks, REBNY President. “Together we will lead the way for a brighter 2019.”

“We commend the honorees on their outstanding accomplishments and thank them for their service to our industry and New York City,” said Bill Rudin, REBNY Chairman.

Former REBNY Senior Vice Presidents John Doyle and Michael Slattery, who retired in 2018, were also recognized during the program for their commitment and service to REBNY and New York City.

The awards presented at this year’s banquet are among the top professional distinctions in the real estate industry.

Daniel R. Tishman, Principal and Vice Chairman of Tishman, received The Harry B. Helmsley Distinguished New Yorker Award, which is presented to an industry member for their invaluable contributions to New York’s civic welfare and the real estate community.

Diane M. Ramirez, Chairman and Chief Executive Officer of Halstead Real Estate, received The Bernard H. Mendik Lifetime Leadership in Real Estate Award for her exceptional accomplishments in the profession, leadership, and service to the real estate industry over the course of her career.

Carol Kellermann, President of the Citizens Budget Commission, received The John E. Zuccotti Public Service Award. This award recognizes a New Yorker who has displayed exceptional accomplishments and service in the public’s interest.

Helena Rose Durst, a Principal at The Durst Organization, received The Kenneth R. Gerrety Humanitarian Award, which recognizes a REBNY member’s meritorious service to the community.

Bernard Warren, Chairman and President of Webb & Brooker, received The George M. Brooker Management Executive of the Year Award, which recognizes individuals of superior accomplishment in property management based on outstanding professionalism, civic achievement, and contributions to the real estate industry.