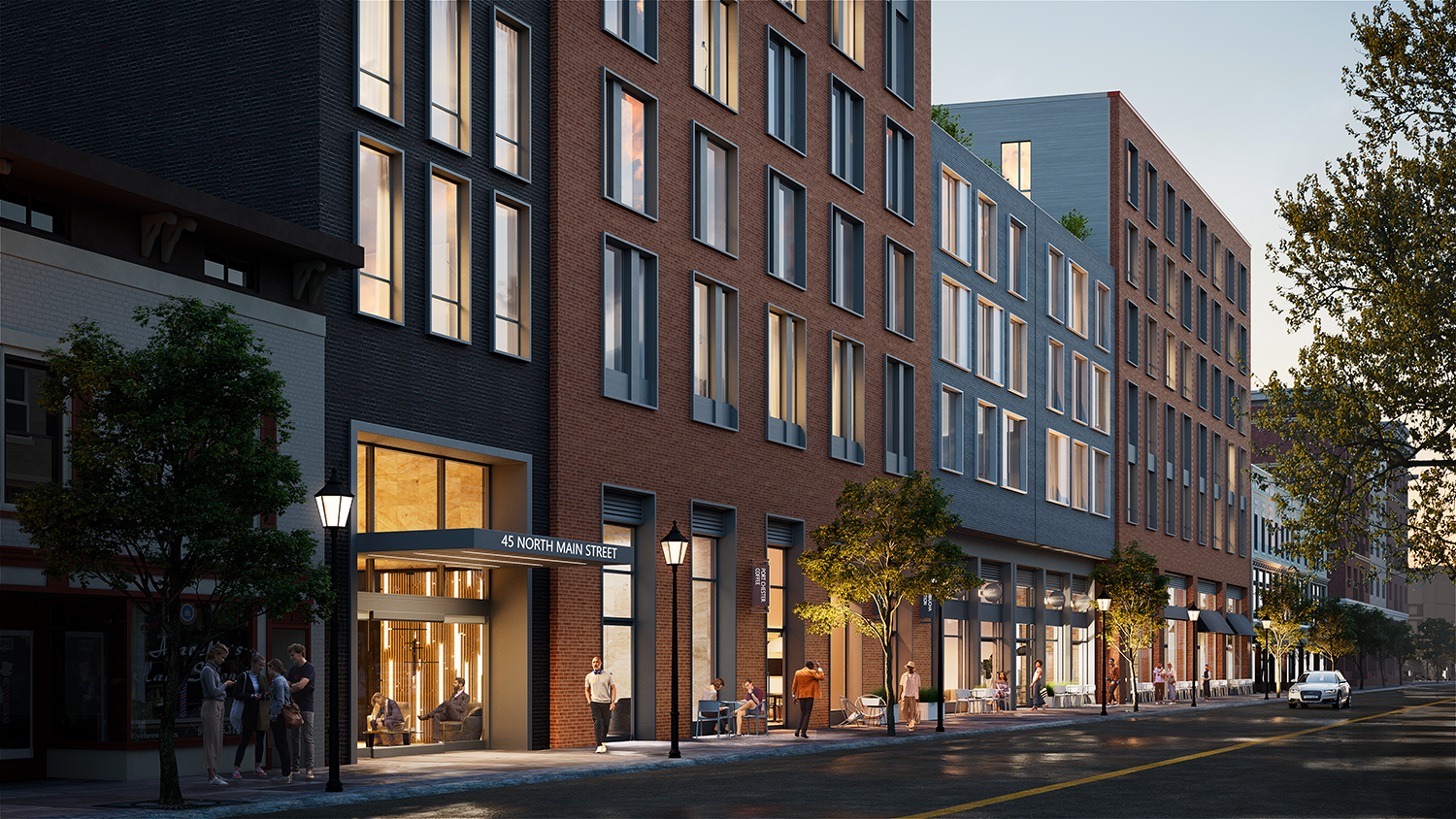 The Hudson Companies (Hudson) today announced that it closed on the acquisition of a fully-entitled development parcel at 27-45 N. Main Street and 28 Adee Street in the village of Port Chester. Plans for the site call for a mix of rental housing, retail space, and community facilities.

The projected total capitalization for the development is $89.2 million and financing of $11.4 million for the acquisition was provided by Provident Bank. The majority of the project’s equity is being invested from Hudson’s partnership with the New York City Employees’ Retirement System and the Teachers’ Retirement System of the City of New York. Last year, Hudson announced its joint venture with the pension systems, which would invest up to $250 million in development projects, with a focus on mixed-income, environmentally sustainable buildings throughout the greater New York City area. Cushman and Wakefield brokered the sale as well as debt financing. The site’s sellers – Connecticut-based Ivy Realty – retained a minority investment in the project.

“As we continue to face a housing crisis across the state, now more than ever, we’re focused on expanding our reach in undersupplied markets to deliver quality housing in desirable locations,” said Joe Riggs, Principal of the Hudson Companies. “Through our innovative partnership with two of New York City’s largest pension systems, we’re thrilled to deliver 203 quality homes, retail, and community space to the residents in Port Chester.

The development – which has not yet been officially named – will offer a range of studios, one, and two-bedroom homes along with EV charging-enabled parking, nearly 10,000 square feet of ground-floor retail space, and a brand-new facility for Human Development Service of Westchester, a non-profit social services organization. A portion of the homes will be made affordable to families earning 60 percent of Area Median Income (AMI). Amenities will include a fitness center and outdoor courtyards. The project is being designed by Fogarty Finger and will be built by Broadway Builders, Hudson’s affiliated general contracting company.

“Hudson is a great partner to see Ivy’s vision through to completion; they have a proven track record of building first class communities throughout the NY Metro area.  Ivy is excited to continue as a minority partner with them and continues to believe in Port Chester’s renaissance,” said David Archibald, Chief Investment Officer of Ivy Realty.

In addition to targeting LEED Gold certification and conducting feasibility studies for rooftop solar energy generation, Hudson is planning to pursue full building electrification. The site is conveniently located just one block from the Port Chester Metro North station, providing direct access to Grand Central Terminal in under 40 minutes and further reducing future residents’ dependence on cars. As Hudson has expanded its reach outside of the five boroughs of New York City, it has focused on delivering housing along transit-rich corridors in the region. It recently broke ground on another multifamily project in the nearby village of Pelham.

“We were attracted to Port Chester not just by its transit linkages with New York City, White Plains, and Greenwich, but by its vibrancy,” said Laszlo Syrop, Director of Acquisitions at Hudson. “Port Chester is home to a diverse community and a wonderful, walkable downtown with numerous food and nightlife options. We see that even outside of the big cities, people are increasingly looking for opportunities to make their homes in places like this.”