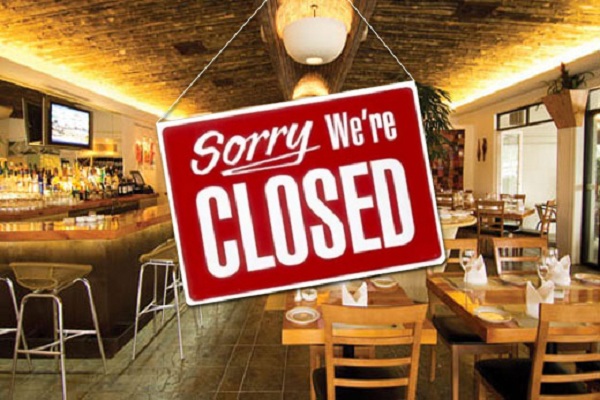 The restaurant business is New York is thriving. Fueled by media attention, going to dinner is a cultural phenomenon. It’s a bright spot in a difficult leasing environment, “experiential retail” at its best.

Amazon can’t yet replace the sensibility of eating in an atmospheric spot. Perhaps some day there will be drones dropping off meals and attendant virtual reality environments. Until then, restaurants large and small can continue to buzz.

However, there are twin troubles in the hospitality world.

The first is the rise in the minimum wage. While the increase provides much needed help for workers, the rise also takes a significant toll on restaurant owners.

A discussion of why the state can’t step in and help entrepreneurs struggling to carry the burden of social welfare, is for another article. This article focuses on the disastrous implications of the New York State Liquor Authority’s massive bureaucratic slowdown to process liquor license applications and issue liquor licenses.

At best, obtaining a liquor license is a many month ordeal. Applicants in New York City first appear before the local Community Boards. This can take between 60 to 90 days. If the Applicant is lucky enough to get approval, an application made to the SLA would typically be processed in two to three months.

Recently, however, this has slowed down considerably. In many instances, it is taking six months or even more.

Forced to pay high New York rents, their openings delayed, restaurants are closing before they even open. This unplanned delay wipes out investments and dreams of all but the deepest pocketed startups.

Why is this happening so frequently? What can be done to solve a severe problem affecting an industry that’s an integral backbone of the city’s spiritual and economic soul?

A bit of history. This is not the first time there has been a slowdown in the license applications. To speed the process, in 2009, the SLA launched a new self-certification program. This allowed attorneys to certify that the provided documents are true and accurate and that the application met all statutory requirements.

The SLA Harlem Office was raided and all 24 employees at the bureau were questioned about this alleged bribery scheme. This was not the first time the SLA had been suspected of corruption.

In 2008, two SLA commissioners were allegedly reported to have voted in favor of Cipriani’s license renewal due to pressure from an aide to then Governor Paterson. In the 1960s, a scandal revealed that the then chairman of the SLA, Martin C. Epstein, together with a former state Republican chairman, had allegedly received more the $40,000 in bribes paid by the Playboy Club.


Until recently, the normal processing time – approximately three to four months — fell within the average rent abatement generally afforded a new tenant in a restaurant lease. However, there is a new normal.

Applications that are mailed to the SLA now take six weeks before being assigned a serial number that shows up in the SLA’s system (this compares to a previous ten days). According to the SLA’s email auto reply, turnaround time after that point is up to five months. That’s in addition to the six weeks it’s taking to get the filing receipt.

Therefore, assuming no hitches in the review process, the timeline for what was once four months, is now eight months. The problem is there are more complications than not, even after the applications hit the SLA’s system.

Hospitality lawyers report several scenarios plaguing the process. There is no consensus on the cause. The SLA cites a lack of personnel. Those familiar with the situation feel the tone of the agency has undergone a shift. Whereas the agency would previously work to get a yes if possible, the fundamental starting point is now a no.

Lawyers report that watching the public hearings of the Full Board of the SLA, they get the sense that the SLA is focused on enforcement. No one seems to be working with applicants or their representatives; the default position is to deny, and new policies are implemented with no notice to the industry.

In addition, efforts to increase personnel at the SLA mean that there are many new reviewers, and new staff are going “by the book” and not empowered to use common sense. Instead of calling lawyers or representatives when a menu isn’t enough, or a diagram insufficient, or when the SLA has changed a policy, examiners disprove applications, forcing applicants to begin again, and face more months of delay.

The results of this seemingly systematic slowdown are often tragic. Wages are lost for hundreds of restaurant workers; from chefs to line cooks to busboys, front of house managers to bartenders and wait staff.

There are numerous instances of restaurants closing before they can open. Investments are lost, dreams shattered, for those without the finances to pay months of rent without income. Many that finally do open, then fail because capital reserved for the opening months has already been depleted.

The first step towards a solution of the New York State Liquor Authority’s astonishing lack of accountability, should be a co-ordinated campaign by interested parties to publicize the problem and petition Albany for relief.

Those involved in the hospitality business, from trade groups, lawyers, landlord’s, and brokers must organize. Together, there might be enough money and muscle to mount an effective public relations program.