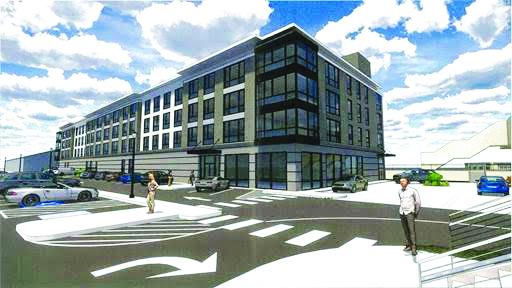 Houlihan Lawrence Commercial has been named exclusive leasing agent for a new transit-oriented mixed-use development proposed directly across from the Metro-North train station in Tarrytown.

Located at 29 Depot Plaza, the project is comprised for a 20,000 s/f warehouse that will be renovated into ground-level self-storage and retail space with three stories of residential units for a total of 69 units.

A 4,000 s/f freestanding building is being rehabbed for a brewpub with a regionally known brewery.

Bryan Lanza of the HL Commercial, Klein-Lanza Team is handling the leasing of the retail space and Michael Criscuolo of Houlihan Lawrence’s Irvington office is handling the residential leasing.

“This is an exciting and innovative project that is ideally positioned to benefit from the growing demand in the region for transit-oriented developments. The Tarrytown Metro-North station has the second highest ridership on the Hudson Line with nearly 6,000 commuters daily,” said Lanza.

“The synergy between Houlihan Lawrence’s commercial and residential brokerages makes us uniquely qualified to represent this important new development.”

Prologis buys rival for $12.6B