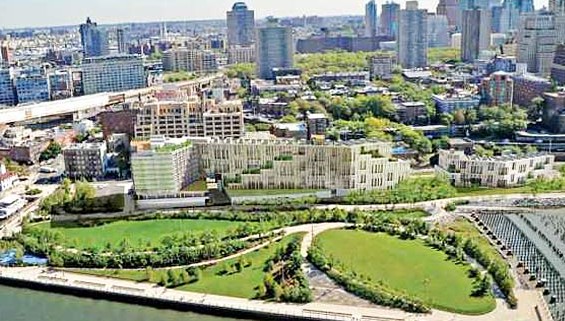 The partnership between the city and private sector leaders, the Carbon Callenge is a commitment to reduce greenhouse gas (GHG) emissions from buildings by 30 percent or more in the next ten years.

It is a key part of Mayor de Blasio’s plan to reduce all citywide GHG emissions 80 percent by 2050.

The expansion of the Carbon Challenge to these 16 hotels is projected to reduce citywide GHG emissions by an additional 32,000 metric tons and result in an estimated $25 million in energy cost savings. “Whether we’re talking about universities, hospitals, and offices, or large apartment buildings and hotels, all of New York City has a stake in our fight against climate change,” said Mayor de Blasio.

“If some of New York’s most iconic hotels can significantly reduce their carbon footprint, anyone can. NYC Carbon Challenge participants are joining City government in leading by example through the green retrofits all buildings should make – and that’s no small feat.”