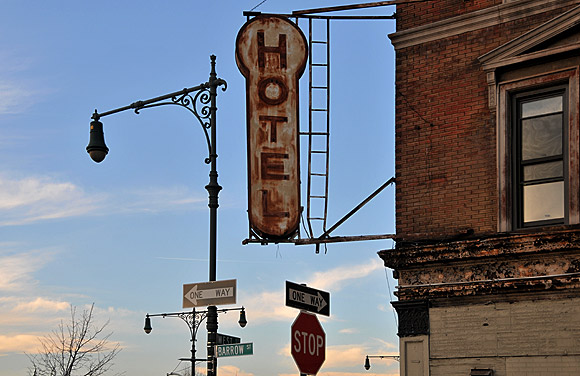 Recently the New York City Council passed, and the Mayor signed, legislation creating a two year moratorium on the owners of buildings used as hotels from being able to convert their buildings to residential use.

This is truly the definition of solving a problem that does not exist.

Meanwhile the City Council’s action is creating uncertainty among real estate owners and investors over what the City Council may do next, attempting to understand the reason for this action and preparing for its unintended consequences.

Strangely, this legislation benefits no one and, in fact, will harm the residents of New York while raising profound issues regarding the legality of the legislation, including the ability of the City Council to take such an action without enabling legislation from New York State, and whether this would be considered a taking without compensation in contradiction of the Fifth Amendment.

First the facts: There are presently 108,592 hotel rooms in New York City, which can accommodate guests staying 39.6 million nights a year.

There were 4,348 hotel rooms added in 2014 and 14,272 hotel rooms are presently being constructed or being planned, which will accommodate guests staying an additional 5.2 million nights a year.

Significantly, this legislation happened at a time when the hotel vacancy rate is beginning to rise and recent increases in violent crime rate have caused New York’s reputation as the safest large city in the country to come under question.

The legislation also ignores a reality of the hospitality industry: the wear and tear on hotel rooms is enormous, requiring hotel owners and operators to spend large sums to continue to entice a fickle public to utilize older hotels while newer facilities with more amenities are available.

It is no secret that the kinds of rooms, facilities and amenities have changed tremendously over the last decade and, in an industry where there are no long term leases, and a long stay may be a week, hotels need to be constantly upgraded and refreshed, and owners of hotels that are outdated need to be able to change the use of the property if they decide it no longer makes sense to operate it as a hotel.

Moreover, as additional hotels are constructed to meet changing consumer needs, older hotels may no longer be able to effectively compete.

Meanwhile, New York City continues to suffer from an enormous shortage of housing, one that has continued for decades with virtually no vacancies, residents spending upwards of 50 percent of their net income on rent, and private homes and apartments being used to house more residents than they were meant to accommodate.

Frankly, there is no logical basis for legislation that prevents underutilized or outmoded hotels from becoming multifamily housing, which New York City needs more than anything.

Another fact to consider is that New York City is in dire need of additional revenue to make infrastructure repairs and replacements to virtually every road and bridge, build or upgrade modern schools, increase the salaries of teachers, police, fire fighters, and sanitation workers, prepare the workforce for the changes that lie ahead in a digital age.

This is a great City because for several hundred years, its elected officials have focused on preparing for the future, rather than interfering with it.

The fact is that the largest source of revenue that New York City receives is from real property taxes and transfer taxes.

Turn an old hotel into multifamily housing, not only do people get homes, but there are construction jobs generated, transfer taxes on the sale of the property, and, most importantly, real estate taxes.

Leave an old hotel in a business in which it can longer effectively compete and the real estate taxes from the sites will plummet.

Usually when the City Council intervenes in private economic decisions, it is because the public has requested assistance, such as its decision to limit the size of stores in order to protect small shopkeepers.

However, in this ill-conceived legislation, there are no groups of citizens complaining about losing their local hotel, or claiming that the neighborhood needs a hotel rather than more housing, so the question that needs to be answered is, why did the City Council feel it necessary to intervene in the private sector?

The other factor to consider is the chilling effect this will have on private investment in New York City.

One of the factors behind the huge influx of money from abroad is the unlikelihood that the government will destroy someone’s assets by fiat. However, this is exactly what has happened.

Most troubling is where this is leading: What other industry will be the subject to similar legislation in the future?

Moreover, what would have happened in the 1940s if the City Council decided to protect the slaughterhouses on the East River from being converted into the area that houses Stuy Town, Peter Cooper Village, the Kips Bay communities and the United Nations buildings?

Any one of those decisions would have dramatically changed New York City and not for the better.

Preventing hotels from being converted into housing makes as much sense as leaving the slaughterhouses on the East River.