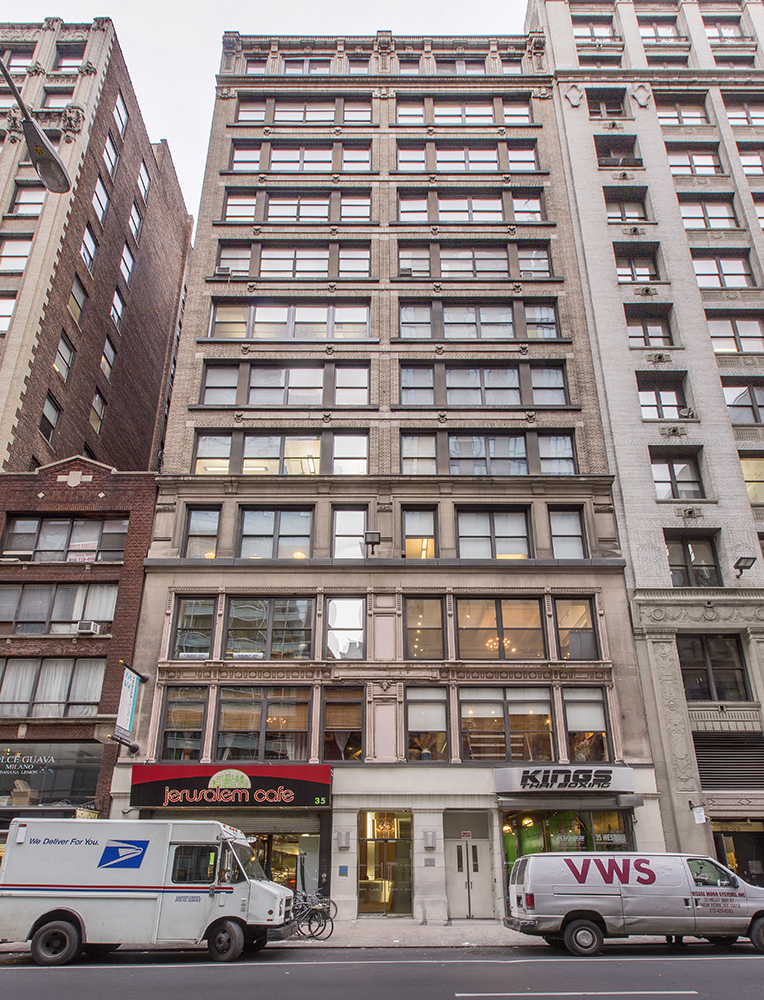 Holliday Fenoglio Fowler and Hidrock Properties announced the closing of a $32 million refinancing for 35 West 36th Street, a 12-story, 77,880 s/f office building in the Garment District.
HFF placed the three-year, floating-rate loan on Hidrock’s behalf through Ladder Capital Finance.
Originally built in 1911, 35 West 36th Street is a 12-story, loft-style building with 70,800 s/f of office space and 7,080 s/f of ground-floor retail.
The building’s renovated lobby has two high-speed elevators that open directly into each tenant’s space and amenities include a doorman, 24/7 key card access, high-speed internet and on-site retail amenities, including a café and kickboxing gym. The retail units share 55 feet of frontage on West 36th Street.
The building sits mid-block between 5th and 6th Avenues near Herald Square and the Times Square, Grand Central and Midtown South submarkets.
“What drew us to acquire this building in 2007 was its central location and proximity to mass transit, including walking distance to both Grand Central Station and Penn Station,” said Abie Hidary, Hidrock’s CEO.
“We are pleased to have seen its value increase steadily as we redesigned, renovated and re-tenanted the building over the years.”
HFF’s debt placement team representing Hidrock Properties consisted of managing director Steven Klein, director Scott Findlay and senior associate Jackie Ferrer.
“Hidrock Properties is a multi-generational real estate company dedicated to long-term investment in commercial real estate properties and 35 West 36th Street was no exception,” Klein said.
“The office property has been and continues to be well-maintained and is a testament to Hidrock’s 12-year ownership of the building. It was a pleasure working with Hidrock and its affiliates on this financing.”