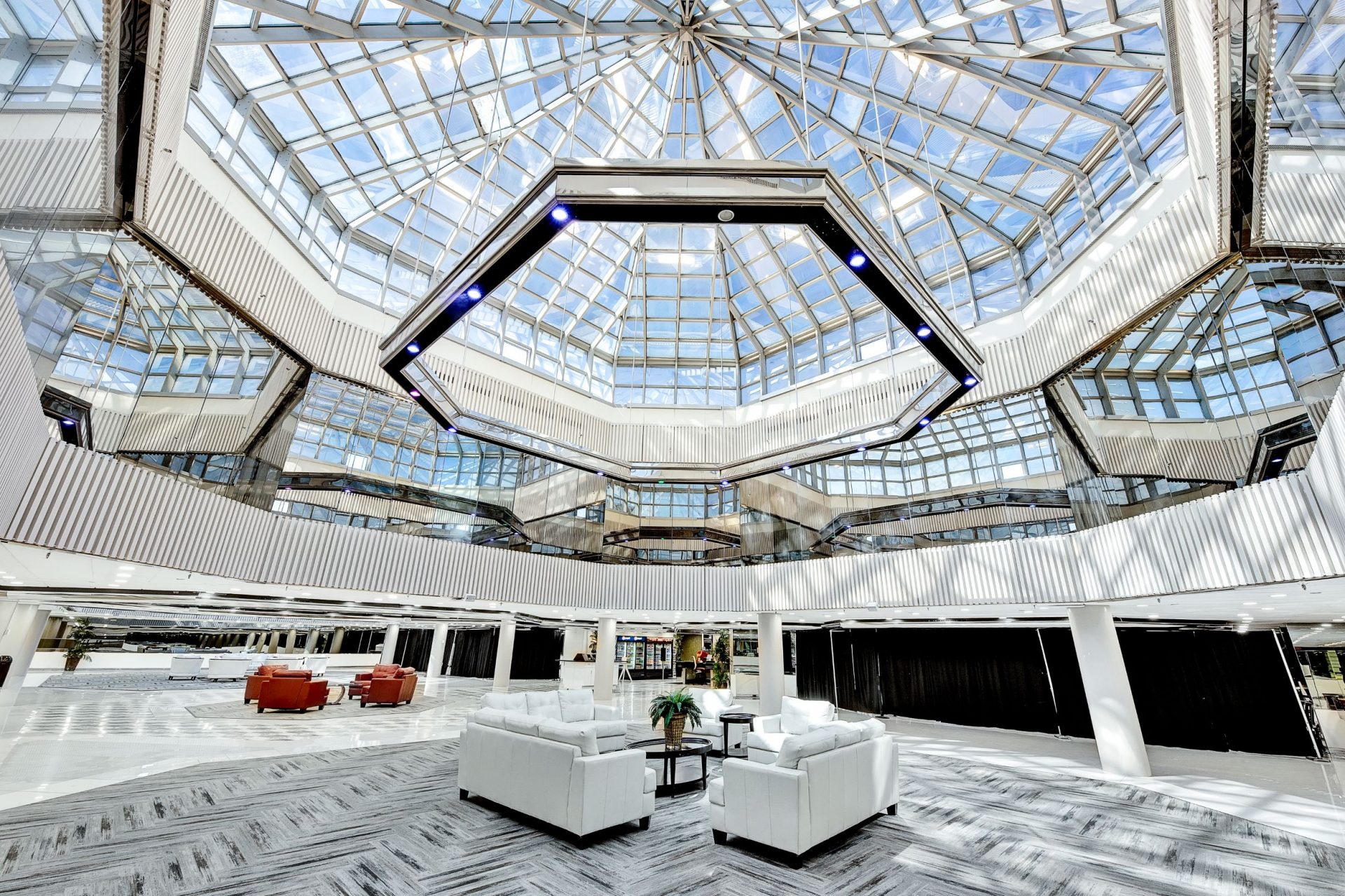 Summit Development, and its joint venture partners Crestline Investors and Rizzo Companies, has signed a 220,000 s/f lease with Nuvance Health Systems at The Summit at Danbury.

The deal is the biggest lease in state this year and will allow Nuvance to consolidate offices in Connecticut and bring 500 jobs from locations in New York.

The lease with is for 12 years and includes an option to expand up to 300,000 s/f at the former Union Carbide headquarters building redeveloped by the JV as an office, residential and educational complex.

“The turnaround of this property that had been a beacon in Danbury for nearly 40 years has gone beyond what we could have imagined,” said project Michael Basile project manager, noting the property was acquired in foreclosure for $17 million with a handful of tenants.

“We have invested $20 million in improvements, and we have been blessed with robust commercial activity that has brought 12 new leases since our October 2018 acquisition, increasing occupancy from 20 percent to 41 percent,” added Basile. “The Nuvance lease will bring office space occupancy to 80 percent and with their proposed further expansion we will be at 100 percent.”

Renamed The Summit at Danbury, the redevelopment included a restaurant and a new road for improved access. Work is also set to get underway on creating 200 apartments following zoning approval from the city of Danbury.

The JV is also working out an agreement with the state to build a new school funded 80 percent by the state. The $75 million Danbury Career Academy for middle and high school students has been approved by the State and could serve as a model for others, according to Summit Development president Felix T. Charney.

“Assuming the final bonding for the academy is approved in January, we will have filled all but 120,000 s/f of the 1.2 million we acquired in foreclosure,” said Charney. “To accomplish this required a shared vison of all involved and a willingness to, quite literally, think outside the box. I am proud to have been a part of a true team effort.”

Nuvance Health was created by the merging of Health Quest and Western Connecticut Health Network. The health group operates seven hospitals in Connecticut and New York, including Danbury Hospital and Norwalk Hospital, and Putnam Hospital and Vassar Brothers Medical Center in New York. Its executive headquarters, back offices, labs and clinical facilities will be consolidated at The Summit.

Crestline’s James Delaune said: “We are delighted that Nuvance has chosen The Summit as its new home. Our team has worked hard to restore visibility of this iconic Danbury property. Having Nuvance as the new anchor tenant will assure The Summit’s prominence as Danbury’s premier office and medical address.”

“The announcement of the agreement between The Summit and Nuvance Health is some of the best economic news we have seen this year. As Connecticut enters the holiday season, this is great news that we should all be celebrating,” said Governor Ned Lamont. “Summit Development has made a lasting commitment to Danbury and to the State of Connecticut through their investment in this property, and their new partnership with Nuvance Health, a healthcare institution which provides world-class care. This announcement is only the beginning, as I know it will serve as a catalyst for additional growth and development in Danbury.”

“The Summit at Danbury is positioned to be our city’s biggest asset,” said Mayor Mark Boughton, who is leaving office to become the Commissioner of the State Department of Revenue Resources. “Nuvance Health’s decision to move its regional and New York-based offices to the Summit is great news for our entire city. In this highly challenging time, the success of The Summit is a bright spot and an encouraging sign for the future. The Summit is progressing quickly not only in attracting office tenants, but adding residential apartments, a variety of retail and restaurant spaces and the first of its kind public school career academy to teach career skills. The Summit will have it all. Our city is excited to welcome Nuvance and all of the new workers, residents, students and visitors that the campus is attracting.”

Designed by the architectural firm of Kevin Roche John Dinkeloo, the unique building was constructed as Union Carbide’s corporate headquarters in the early 1980s at a cost of $450 million. In 2002, Dow Chemical acquired Union Carbide and sold the building in 2006. In 2009, a new owner purchased the 1.2 million-square-foot hilltop building at 39 Old Ridgebury Road just off Interstate 84 Exit 1 just east of the New York State line in 2009. Converting it to multi-tenant office space and renaming it The Matrix, it enjoyed some leasing success. However, following the death of the owner six years later in an auto accident, the complex began losing tenants and eventually slipped into foreclosure.

When completed, The Summit at Danbury will have 600,000 s/f of Class A office space; 75,000 s/f of conference and event space; and 30,000 s/f of core services and amenities including Market Place Kitchen & Bar, Platinum Fitness, conference space and pool; 400 residential apartments; and a public school.