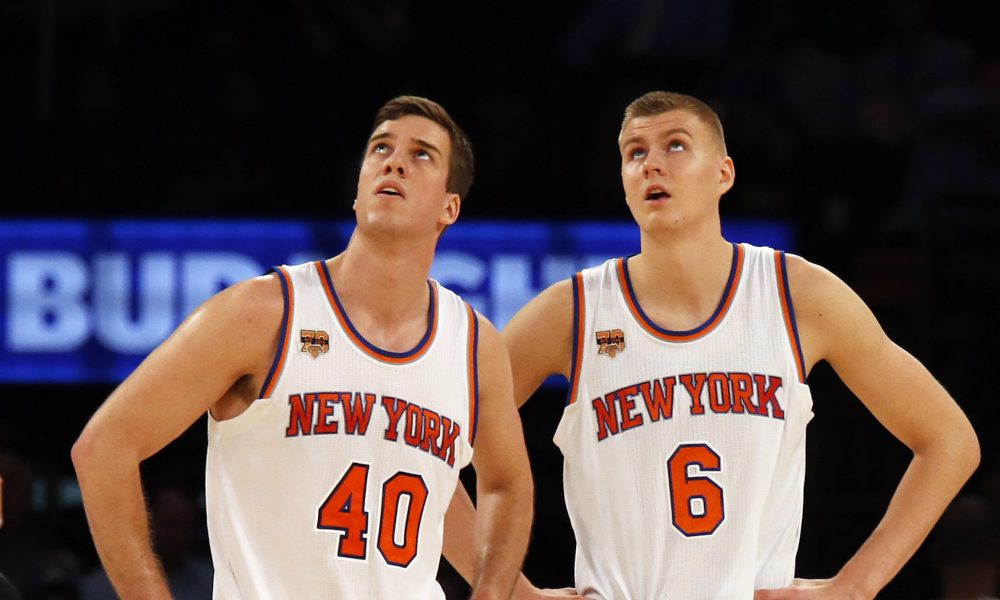 An LLC with connections to a trio of NBA brothers, the Plumlee family, has purchased a $5 million condo in a discrete Tribeca building.
According to public records, Ego Triping LLC, a company with the same address as the Plumlee family home in Indiana, purchased the Walker Street apartment in an off-market sale from an undisclosed seller.
Paperwork from the seller was signed by Howard Altman, a Hollywood business manager whose firm has been linked to Brad Pitt, Tom Hanks and Dawyne “The Rock” Johnson.

Adam Modlin of the Modlin Group was the last broker to list the property.
Inquiries to the Modlin Group were not returned as of press time.
Marshall Plumlee (above left)  the youngest of three brothers currently in the NBA, was recently traded to the Brooklyn Nets’ G-League affiliate in a trade earlier this month, a transition that will mark a return to New York for the 26-year-old center after a stint with the New York Knicks in the 2016 to 2017 season.
Mason Plumlee and Miles Plumlee play for the Denver Nuggets and Atlanta Hawks respectively.

It’s a Hollywood ending for this famed writer/director couple as they exit their Chelsea townhouse with a $3.7 million profit.
Henry Bean and Leora Barish, screenwriters behind films such as Basic Instinct 2 and Venus Rising, sold their pad on West 21st Street for a cool $6.35 million after paying $2.6 million for it in 2003.
The five-bedroom, 3,600 s/f townhouse hit the market last year with an asking price of $7.1 million, with Douglas Elliman as the listing agency. The asking price was dropped to $6.8 million earlier this month, according to Streeteasy.
Built in 1901, the Federal-style abode features 11-foot ceilings, exposed brick walls and more than 900 s/f of private outdoor space.

Engineer launches her own new firm