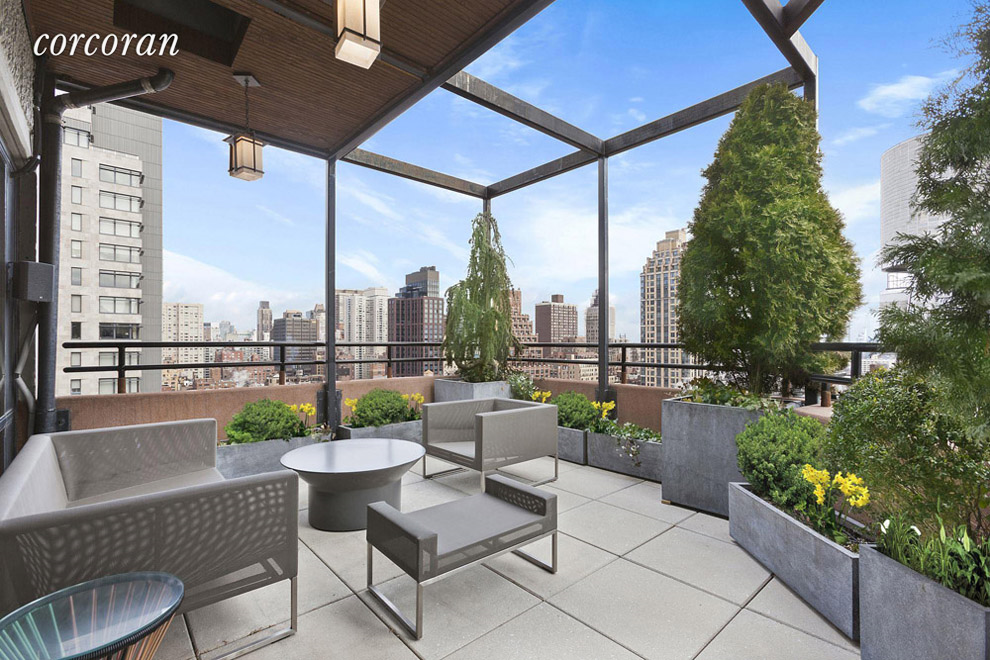 FORMER Abercrombie & Fitch CEO Mike Jeffries has closed on his 4 Sutton Square townhouse  for $12 million.
That’s a $7.5 million discount on the original asking price when the five-story townhouse first hit the market back in 2016.
But it’s still a million more than he paid for it in 2005.

Jeffries did hire architect Daniel Romualdez to restore the 4,004 s/f home that was originally built in 1921 for inventor Henry Sprague.
Cosmetics icon Elizabeth Arden also once lived in the house, which has four bedrooms, 4-baths, seven wood-burning fireplaces, floor-to-ceiling paneled windows, elevator access on all floors, a security system and integrated sound system.
Jeffries re-listed his home with Michael Passaro and Lauren Muss in the summer of 2017 and it went to contract last summer when Halsteadʼs Curtis Goldstein and Anna Kahn brought in a buyer.
City records show the sale finally closed with the buyer listed as Rockwell Amadeus, LLC.
Once the highest paid CEO in retail pulling in $75 million a year, Jeffries was credited with reviving the Abercrombie & Fitch brand.
He fell out of favor for his abrasive manner, telling media outlets he didn’t want to sell clothes to overweight or unattractive people. He stepped down from the company in 2014.

THE former publisher of Esquire Magazine has taken a haircut on his Trump Tower condo.
Alan Greenberg and his wife Joy Greenberg just sold the three-bedroom unit for $10.3 million after paying $10.6 million for it in 2012.
The 2,094 s/f apartment just underwent “a meticulous, super high-end renovation” according to Sothebyʼs, which had listed the home at $11 million.
Among the usual Trump perks, the building houses a four star Jean Georges restaurant.
The buyer was an LLC which took out at $6.696 million mortgage with Bank of America.

Brooklyn Nets CEO Brett Yormark has sold a four-bedroom Turtle Bay home he bought in 2013.
According to city documents, Yormark sold the 2,900 s/f unit (pictured top) at The Peregrine earlier this month to a private buyer for $3.65 million, pocketing a $200,000 profit on his original purchase price.
Representing Yormark on the deal were Avi Alkotzer and Michelle E. Griffith of Corcoran, who’d listed the apartment at $3.86 million.
Before the Nets, Yormark worked for NASCAR and helped oversee a $750 million deal to create The Nextel Cup — a race now sponsored by Monster Energy.
In 2015, The Peregrine was at the center of an Airbnb lawsuit when one owner illegally rented a $1.35 million apartment.