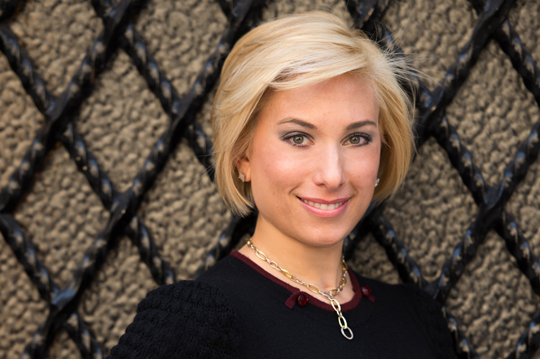 Douglas Elliman’s Horacio LeDon has sold his West Village apartment for $3.15 million, according to public records.
The two-bed, two-bath condo at 374 W. 11 Street, at the corner of the West Side Highway, has 1,758 s/f has Hudson River views, an outdoor terrace, and an additional balcony.
LeDon is president of development marketing, Florida, and senior managing director, New York. He previously held a senior position at Related.

Corcoran broker Susan Lamia sold her own West Village townhouse last week, netting a nearly $6 million profit in the process.
City records show Lamia and her lawyer husband Tom, bought the four-story house at 54 Charles Street in 2005 for $4.92 million.
The five bedroom, 3-bath home was originally built in 1899. Within its 5,000 s/f are three separate outdoor spaces and 12 fireplaces.
Doors open from the kitchen to a private garden room on one side and an outside garden on the other, complete with cherry trees, a fishpond, and boxwood hedge. A roof deck offers views of the Empire State Building and World Trade Center.
Robert Dankner, president of Prime Manhattan Residential, brought in the buyer, an unidentified LLC, who paid $10.75 million for the house.
“54 Charles is centrally located in one of the most desirable areas of Manhattan, near everything a person could want. It came as no surprise to me that multiple people wanted to purchase it the moment it hit the market,” Dankner said.

Congratulations to Lauren Kelly, an agent with TOWN Residential who was recognized at the New York Liberty’s home game at Madison Square Garden last week.
Lauren — a former Hudson Valley Knights basketball star — was honored as part of the UPS Inspiring Women platform.
The mail carrier annually celebrates women who inspire others through their commitment, passion and dedication to work, family and community.

Lauren began playing competitive soccer and basketball at an early age and ultimately played in four consecutive AAU National Basketball tournaments with the Knights.
She is a member of the board of directors of Playworks, a national non-profit organization committed to providing safe and healthy recess programs to schools in under-served communities.
Her support for the charity has helped raise money for programming for more than 10,000 elementary school students in the tri-state area.