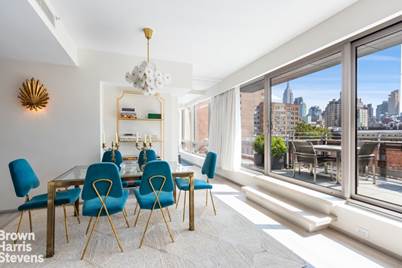 THE DOUGLAS ELLIMAN agent who’d sued management companies affiliated with Taylor Swift over a commission on a sale of the singer’s home has lost his appeal.

The United States Court of Appeals of the Second Circuit in New York City agreed with a lower court’s decision that despite agent Andrew Azoulay’s having been approached about a property, for which he was a listing agent, and interaction that included his proposing another property he thought would better suit Swift’s needs, and having her representative later email him to express an intent in working solely with him, that this did not constitute an enforceable contract. As has been well documented, Swift did end up later purchasing the property through a corporate LLC with another agent closing the deal and receiving the $1,080,000 commission.

“Because appellant has not pled facts that can give rise to an enforceable contract, the claims it has raised in its complaint – breach of contract and tortious interference with contract – fail as a matter of law,” the judges wrote in the decision.

A spokesperson for Douglas Elliman declined to comment on the decision.

CELEBRITY INTERIOR designer Ryan Korban, who designed every detail, finish and fixture in Noho’s soon to be completed 40 Bleecker, is giving a first peek inside the 12-story building which has been furnished with pieces from his own furniture line with EV Victor, Korban.

Model furnished apartments are listed for $6.110 million (unit 3B) and $4.045 million (unit 3A) respectively, at the building, which is now 50 percent sold. 40 Bleecker has set neighborhood pricing records with prices topping $3,000 per s/f. Amenities include an indoor swimming pool, private underground parking and landscaped private courtyard with waterfalls. Closings are set to begin this spring for the 61 one-to-five bedroom homes being sold by Douglas Elliman’s Fredrik Eklund, John Gomes and Sarah Burke.

At 108 Leonard, where Douglas Elliman Development Marketing is leading the sales effort, a “Holiday Art & Object Bazaar” took place on Monday evening. Guy Regal, a contemporary art and antiques dealer, curated a collection of art and photography, including fashion sketches by Halston.