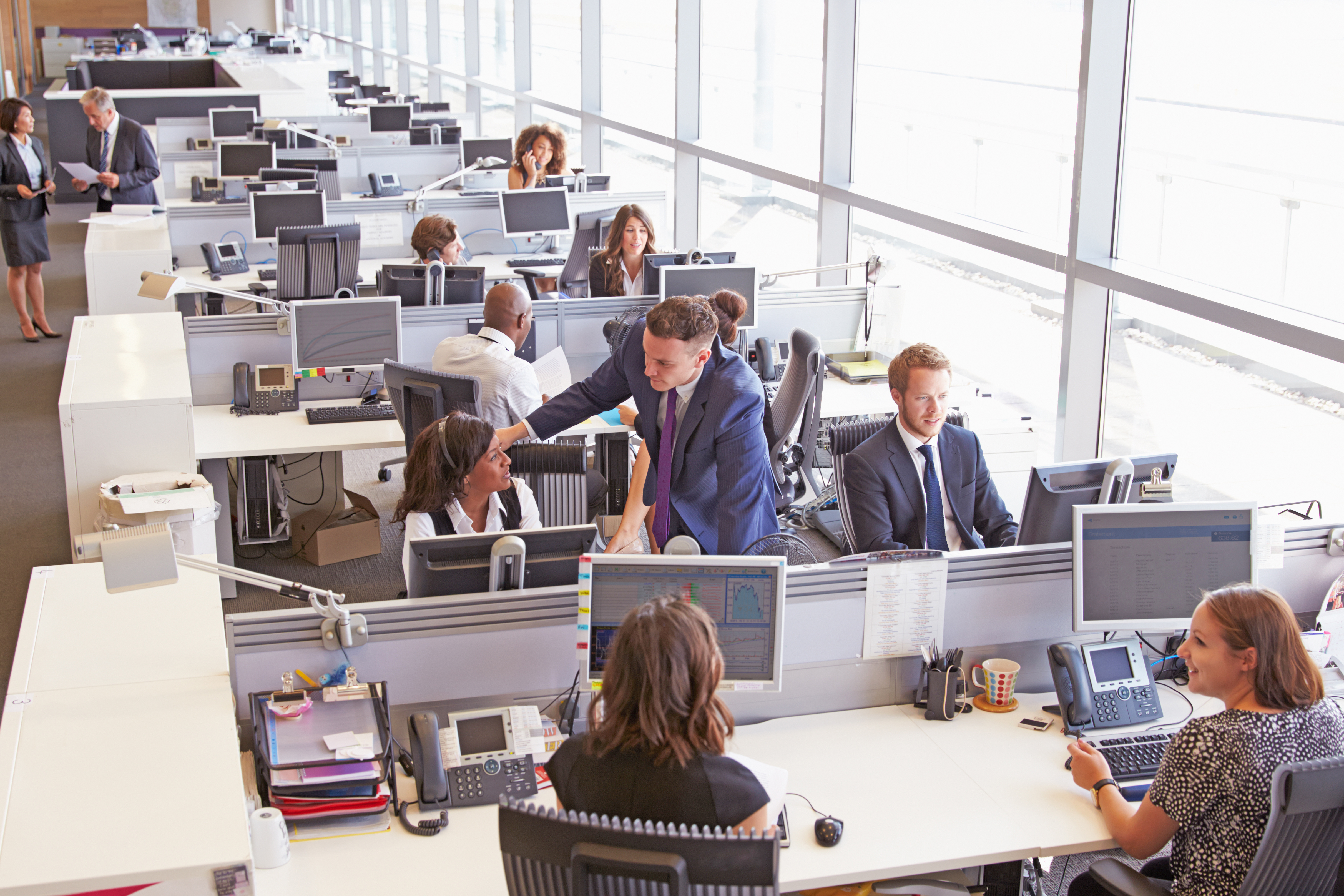 There are two dominant trends in today’s office market and one, the use of open layouts, seems to run counter to the other; appealing to talent.

Survey after survey spells out the dissatisfaction of open-office employees and the model received its most damning report to date last month when a Harvard study showed it hampers both face-to-face communication and productivity.

Office designers and consultants haven’t turned their back on wall-free workspaces, but there’s a consensus that many companies aren’t implementing the model appropriately.

“For years, we’ve seen articles bashing open office, saying that it’s failed because densification was making people unhappy,” said Camille Ames, a workplace strategist at the architecture and design firm Vocon. “The open office is successful when the workplace is properly designed to make experiences customized and personal. It doesn’t work when you don’t understand how employees work together.”

Early last month, two Harvard professors published a study title “The Impact of the ‘Open’ Workspace on Human Collaboration” in the British journal Philosophical Transactions of the Royal Society.

…the cocktail of other considerations, like cost per square foot and the promise of innovative collisions, got too powerful for them to try to pull back from those extremes.

The study focused on two Fortune 500 companies. Researchers monitored both for three weeks each in a traditional office setting then for another three weeks after a move to an open office. Employees wore sensors to track when they spoke to a co-worker and Bernstein and Turban also monitored email and online chat activity. The companies also offered up internal metrics for productivity.

In both cases, face-to-face interactions dropped by about 70 percent in the open environment while emails increased by 20 to 50 percent.

Productivity declined at both firms, leading Bernstein and Turban to conclude that the lack of privacy, increased stimuli and reliance on technology made workers less effective.

In an interview posted on the Harvard Business School website, Bernstein said myriad distractions from co-workers and the pressure to always appear busy made employees less effective and less likely to collaborate, negating a key selling point of the open-office plan.

“That’s counterproductive, at least given the rhetoric of open offices,” he said. “Architects aren’t clueless to this, of course. It’s just that the cocktail of other considerations, like cost per square foot and the promise of innovative collisions, got too powerful for them to try to pull back from those extremes.”

Brent Zeigler, president and head of design at the architecture firm Dyer Brown, said any negative press about open layouts causes a stir among office occupiers. This report, in particular, stood out because of the Harvard Business School’s pedigree.

However, Zeigler said he believes the offices examined were “open” in the strictest sense of the word, without designated meeting or phone call spaces, which he considers fundamental to successful layouts.

“They were looking at extreme cases and people are now latching onto their findings on a broad level, especially because it’s Harvard,” he said. “[Occupiers are] looking at it as a reason to believe open offices don’t encourage collaboration.”

Upon seeing the study, one of Dyer Brown’s clients, a Big Four accounting firm, actually turned to its internal real estate department to see if it needed to course correct, Zeigler said.

As long as you have a holistic approach and provide controls, you can’t really go wrong

The company, which uses a blend of enclosed offices and open workspaces, ultimately decided to keep its existing model.

Zeigler said the Harvard study might not have considered that younger employees tend to prefer messaging systems — such as Google’s G Chat or Slack — to face-to-face conversation.

“The preference for communicating via Slack or Spark or whatever people are using is mostly generational as well as the result of the open office plans,” he said. “It’s what we’re seeing in society, in general; people have not necessarily developed as good interpersonal skills.”

Bernstein’s biggest criticism of the open office model is that it presents itself as a win-win-win proposition, cutting real estate costs by cramming more employees into the same or less square footage while making people happier and better workers.

While other surveys have debunked the enjoyment side of the equation, Bernstein contends that his is the first study to show, empirically, that improved collaboration is not a given in these settings.

“My hope is that this research throws a bucket of ice water on the idea that there’s no trade-off,” he said, “that you will naturally both save in real estate costs and get more collaboration from this kind of design.”

Ámbar Margarida, a principal at the architecture, planning and interior design firm Spacesmith, said true cost saving does not come from fitting more people into less space, but by making the infrastructure of the space more efficient, cutting down on mechanical and safety requirement expenses.

“Essentially, the more you build walls, the more you will need sprinklers and [variable air volume] control boxes for mechanical units, lighting controls, electrical and data runs and conduits, not to mention the metal studs, gypsum board, doors and hardware required to construct a private office,” Margarida wrote in an email. “All of which are very costly.”

Contrary to popular belief, the open office plan is not a one-size-fit-all concept, Ames said. Before her firm implements an open-office redesign, it first attempts to learn its client’s workflow preferences and then tries to cater to them.

“As long as you have a holistic approach and provide controls, you can’t really go wrong,” she said. “Workers should be able to choose the amount of privacy they need.”