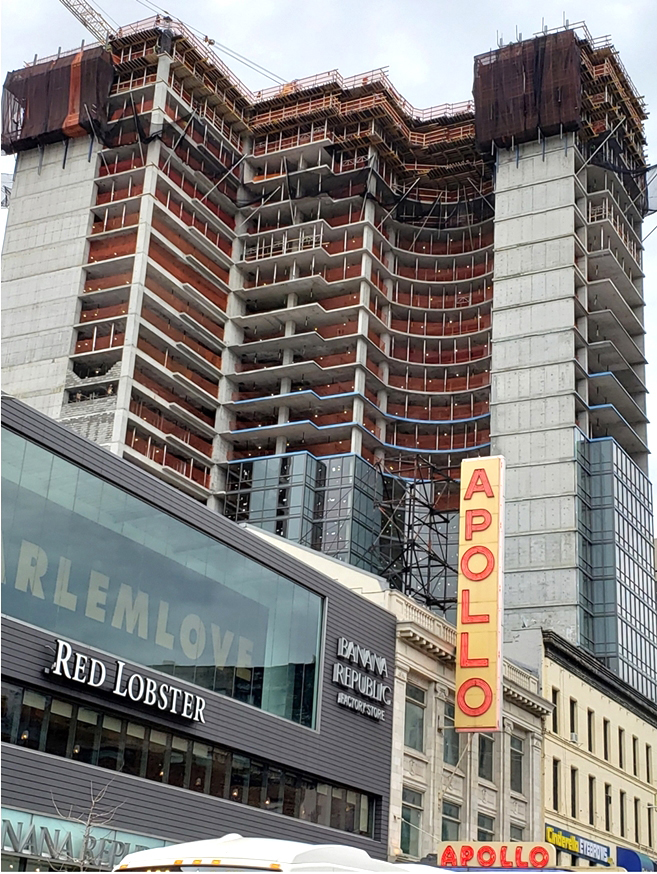 A new Renaissance by Marriott Hotel has topped off above Harlem’s historic Victoria Theater.

The site includes a 27-story residential building with 191 units, half of which are affordable, nearing completion to the hotel’s north.

The Victoria Theater’s original 1917 terracotta facade and ornate lobby, with a grand staircase, has been restored and will return to public use as the entrance. hen completed, the lower floors will feature a 25,000 s/f arts center, as well as the offices of the Classical Theater of Harlem, the JazzMobile, the Apollo Theater Foundation, and the Harlem Arts Alliance.

The building also includes 25,000 s/f of retail space, and the hotel will have a 5,000 s/fballroom, the largest in Harlem.