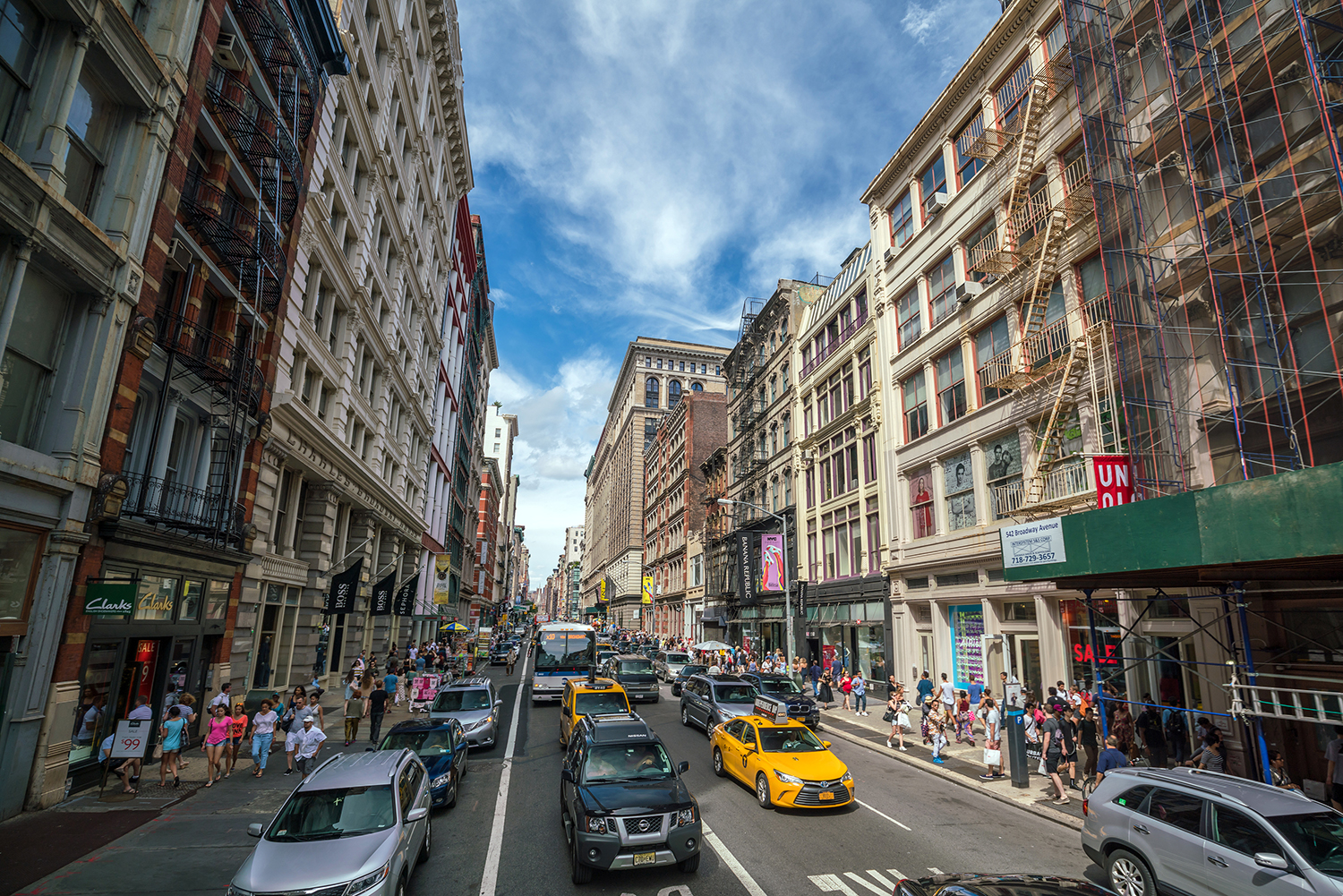 As Mayor Eric Adams recently laid out plans to reimagine New York City with a better and more prosperous future for all, the City Council passed a SoHo/NoHo rezoning proposal with new housing plans for the city’s underprivileged residents. In December 2021, Council members voted to adopt a mandatory inclusionary housing requirement that will create thousands of new subsidized apartment units to meet the needs of NYC’s low- and middle-income residents.

The plan aligns with the mayor’s recently articulated intention to create greater equality and more economic opportunities for all citizens in response to the perception that prosperity has not been “available to all” in the city’s recent past. The sheer number of proposed new housing units means that the SoHo/NoHo neighborhood will experience an influx of working families and others, creating an unparalleled opportunity to improve the retail climate in this area. Retail tenants will also benefit from new zoning plans that allow for a less burdensome process for occupying new commercial spaces.

In addition to increasing affordable housing in the area and strengthening its status as a “regional hub for jobs and commerce,” the proposal intends to “encourage good design and respond to the historic character” of the neighborhood while continuing “collaboration with DOT [Department of Transportation], DSNY [Department of Sanitation], and local stakeholders to explore public realm improvement strategies” and sustaining “SoHo/NoHo’s cultural legacy by promoting public presence of the arts.”

A more inclusive growth program will allow for greater diversity in the neighborhood, along with fresh economic activity and incentives that are expected to generate increased demand for new retail goods and services. Older, more obsolete regulations that previously barred businesses from fully realizing their potential in the area – which is ideally situated as a retail destination – have been revised in an effort to create a stronger local economy. Storefront vacancies will be filled with small businesses, artists, and creative services in an effort to give voice to new faces as part of the Small Business Services’ Storefront Start-Up program.

SoHo and NoHo are two of the city’s most iconic neighborhoods. Years ago, SoHo was home to a thriving arts community made up of lower income residents, while NoHo quickly became an enclave for New York’s most affluent families. The demographics and economic conditions of the area have changed dramatically over years as it was rezoned as a manufacturing district in the 1970s. Instead of a mash-up of outdated variances and zoning rules designed for a manufacturing landscape, the new plan seeks to eliminate outdated regulations that hinder small businesses and introduce sensible rules that recognize the area’s economic and retail potential. It will pair manufacturing with residential districts to support a “dynamic mix of residential, commercial, manufacturing, and community facility uses.” This new rezoning
proposal will be a win-win solution for both retailers and residents as the area is expanded to be more inclusive and home to a broader range of individuals, families, and businesses. It will be the first overhaul of the area’s local zoning regulations in half a century.

Infrastructure and quality of life are also at the forefront of the new zoning plans. Transportation, reconstruction of parks, and improved sanitation initiatives are planned in an effort to create a comprehensive new landscape. Alterations to the Broadway and Canal Street corridors for transportation will serve as a major incentive for visitors, making the area increasingly accessible for those commuting to SoHo/NoHo for its amenities and other attractions. Increased foot traffic will in turn serve retail tenants and those offering and participating in commerce and new business activity in the area.

Support for the arts and a commitment to historic preservation are cornerstones of the new plan, which calls for “contextual building envelopes,” where the shape and size of buildings must respect the neighborhood’s context and enhance its historic character. In addition, height limits will be imposed on buildings in the area under the auspices of the NYC City Landmarks program. This will act to preserve the loft structures and architectural nuances for which the SoHo neighborhood is so well known. The plan also supports the area’s rich cultural history with a new arts fund that will ensure a steady stream of investments. Ultimately, the rezoning plan will enhance the best of SoHo/NoHo, inviting affordability in housing and providing more New Yorkers with an opportunity to enjoy the benefits of living and shopping in the area.

Open Space and Public Realm Improve Livability for All

The goal of ensuring greater equity and diversity through the creation of more affordable housing while reinvigorating the area’s legacy as a creative community is supported by other strategic investments. The SoHo/NoHo proposal also involves enhancing open streets around the neighborhood, improving and expanding programming at Sara D. Roosevelt Park, working with Department of Environmental Protection (DEP) to transform two sites into new public spaces for community members, partnering with DOT to reconstruct and expand the Pike and Allen Street Malls, exploring the renovation of Petrosino Square and other neighborhood locations, and advancing various DSNY programs including Commercial Waste Zones and Clean Curbs Pilot.

This will be the first time affordable housing has been brought to the SoHo/Noho neighborhood as a vehicle of growth – both economic and cultural. Overall, the new zoning act will provide an equitable solution for lower- to middle-income New Yorkers while ensuring the community’s history, architecture, and cultural qualities are preserved and enhanced for the benefit of the entire community. In the end, the newly reimagined Soho/Noho area is designed to be a model economic hub and significant retail opportunity for commercial landlords and their tenants.