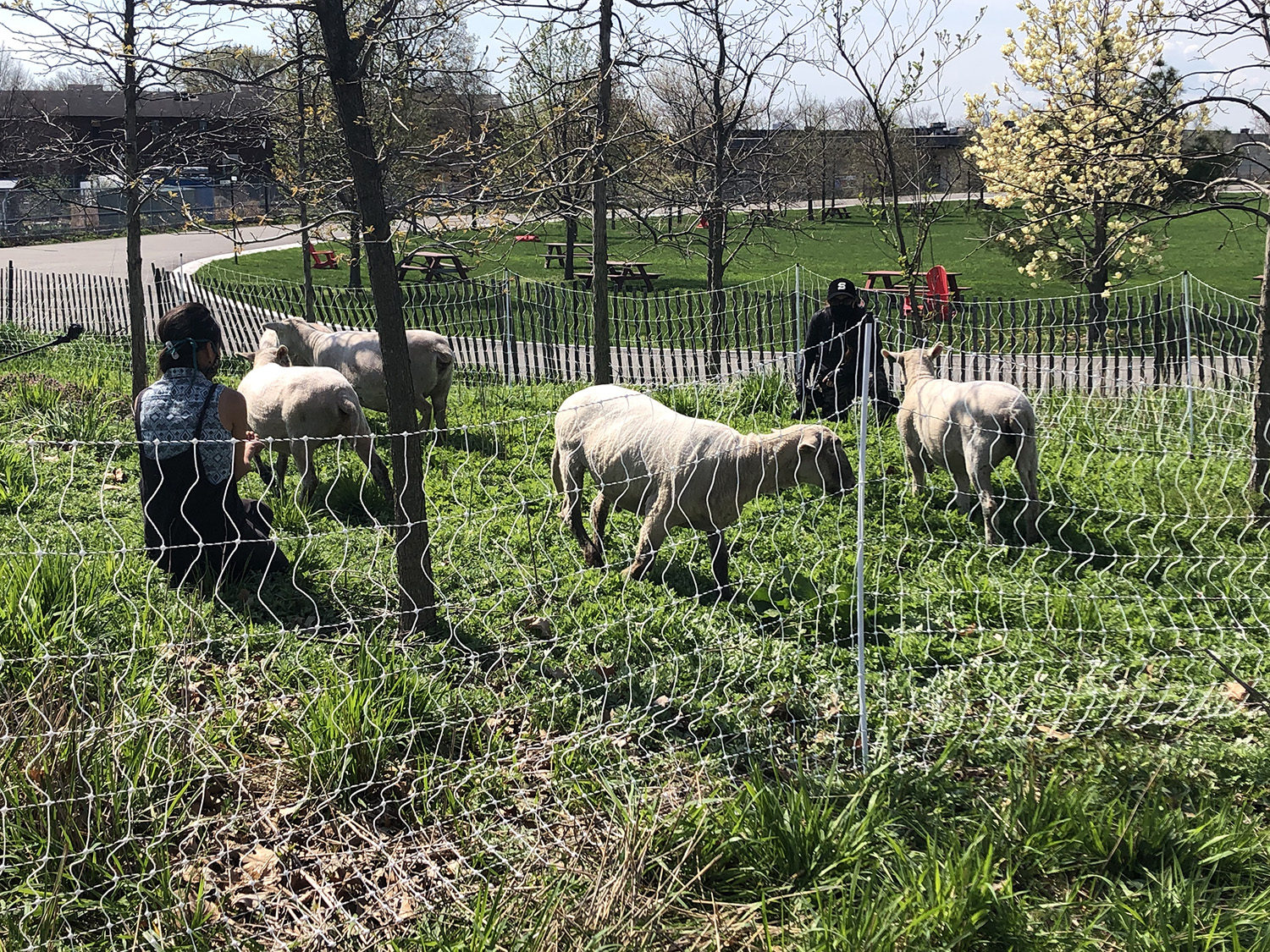 The Trust for Governors Island has officially introduced its five newest employees to New York City—a family of five sheep.

Flour, Sam, Evening, Chad, and Philip Aries hail from Friends of Tivoli Lake Preserve and Farm in Albany and will spend the next four to five months on Governors Island, helping to control invasive plant species in Hammock Grove by eating them.

Sheep’s love for herbaceous plants, such as grasses, phragmites and flowering plants like mugwort and sunflowers make them a natural fit to join the Island’s horticultural division. Replete with such delicacies (phragmites being the sheep’s favorite), the flock will live on the Island, enjoying a lush grove and eating its invasive plants all summer long.

“The sheep are very happy to be joining us on Governors Island for the summer, and we are thrilled to have them here,” said Clare Newman, President & CEO of the Trust for Governors Island. “This innovative, environmentally friendly landscaping program will protect our Island’s plant life from invasive species while allowing our horticulture team to spend their time on more productive pursuits than weeding Hammock Grove. Our new sheep employees have arrived at the perfect time, and we welcome their contributions to help protect the natural landscapes of Governors Island.”

Mugwort, phragmites and other invasive plant species have a competitive nature and crowd other plantings within the park, essentially creating a monoculture. The sheep eating these herbaceous plants helps to break down and weaken them, preventing them from flowering and the seeds spreading.

Recruiting a herd of sheep is extremely beneficial to the Trust for Governors Island’s efforts to care for the park, as it reduces the time spent on invasive species removal to less than 30 percent of the gardening staff time. Having the sheep deal with the invasive plants allows the horticulture team to focus more on the well-being of the trees and soil and ensure that the forest in Hammock Grove thrives on Governors Island. Previously the horticulture team was spending a tremendous amount of time weeding, and the sheep represent a cost effective and eco-friendly solution that  allows the team to be more productive and efficient.

Sheep are also uniquely suited to the work on Governors Island, more so than goats or other animals, since their culinary tastes do not include tree bark. The sheep will eat around the young trees in Hammock Grove and focus on phragmites and other delicacies, while goats would devour virtually any plant life they could get their hooves on, invasive or not.

This isn’t the first time sheep have been brought to NYC to work. Sheep and goats have ben enlisted across the city for several years for the practice of what’s also known as  “eco-grazing.”

Goats have been used at Freshkills Park on Staten Island, Riverside and at Stuyvesant Cove Park in lower Manhattan. The Sheep Meadow in Central Park was home to a flock of sheep from 1864 to 1934, and they were housed, along with their shepherd, in what is now the Tavern on the Green restaurant.