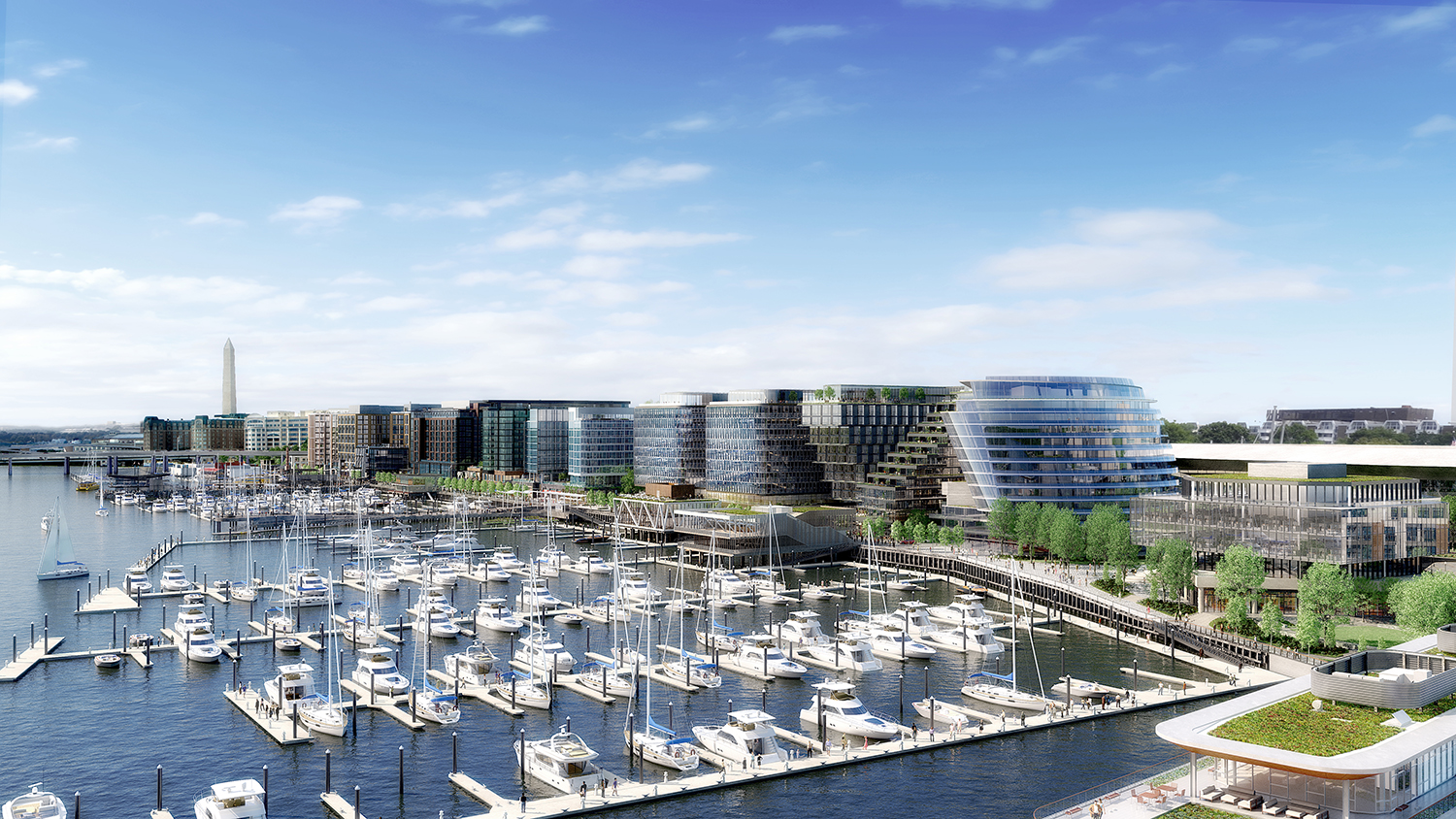 Hoffman-Madison Waterfront (HMW), a joint venture of Hoffman & Associates (formerly PN Hoffman) and Madison Marquette, the co-developers of The Wharf, along with joint venture partner, Public Sector Pension Investment Board (PSP Investments), closed on the largest private construction loan in the Washington DC’s history in the amount of $847 million.

“We are excited to welcome Goldman Sachs to the second phase of this vibrant waterfront community,” said Monty Hoffman, founder and CEO of Hoffman & Associates. “It’s been nearly two years since the delivery of Phase 1 of The Wharf and its success has led to continued confidence as we develop Phase 2.”

The Wharf, a $2.5 billion and more than 3.2-million square foot, waterfront neighborhood, began construction on the second phase of the development in March, and has already secured Williams & Connolly LLP, one of the nation’s premier law firms as an anchor tenant for Phase 2.

Williams & Connolly signed a 15-year lease in December of 2018 and will occupy nearly 300,000 square feet of the two trophy, mixed-use office towers, signaling the continued success of The Wharf.

The record-breaking transaction was brokered by Eastdil Secured.

“Due to the quality of sponsorship and unparalleled value of The Wharf, this was one of the nation’s most competitive construction loans with significant interest from several financial institutions interested in fully underwriting the loan,” said Nicholas Seidenberg, managing director at Eastdil Secured.

“The success of Phase 1 is undeniable, and we look forward to supporting The Wharf team under this next stage of development and partnership.”

This Phase 2 financing with Goldman Sachs comes on the heels of HMW and PSP Investments’ recent $800 million Phase 1 refinancing announcement with a Wells Fargo-led syndicate – one of the largest such loans in Washington, D.C. history. Located along the Washington Channel of the Potomac River, the first phase of The Wharf opened in 2017 with over two million square feet of residences, offices, hotels, shops, restaurants, cultural uses, marinas, and public areas including waterfront parks, promenades, piers, and docks.

Phase 1 has increased local and regional connectivity through a new water taxi system, the Southwest Neighborhood Shuttle, proximity to Metro, as well as new bicycle and pedestrian infrastructure.

Phase 2 of The Wharf broke ground in early 2019 and will deliver the neighborhood’s remaining 1.25 million square feet of mixed-use development, including new office, residential, hotel, marina, and retail space, as ell as parks and public places, across a half mile of redeveloped waterfront.

Phase 2 features an impressive lineup of 13 architects and designers from around the world and is scheduled to deliver in 2022.

At full build out, the $2.5 billion, world-class, mixed-use waterfront neighborhood will feature more than 3.2 million square feet of development along a mile of Washington, D.C.’s waterfront.

HAVE YOU HEARD? Artist double dips on Soho townhouses