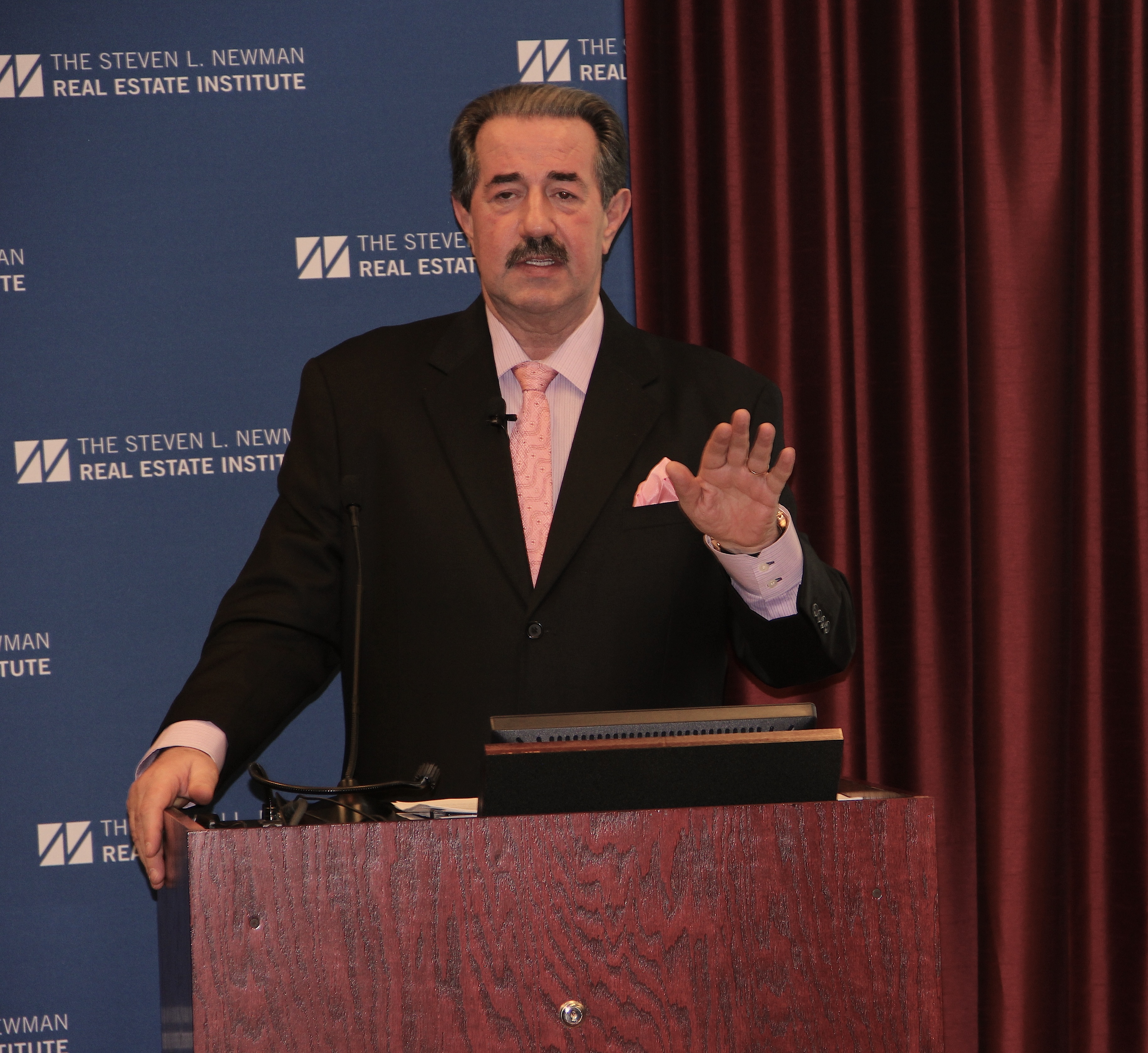 Two years after buying 14 Wall Street, Alex Rovt is looking for a new place to park his money.

At a conversation hosted by Baruch College’s Steven L. Newman Real Estate Institute, the mustachioed billionaire said that he plans to spend between $50 and $200 million to buy another building in New York.

If the past is any indication, he will pay in cash. Rovt rose to real estate fame in 2012, when he bought the one million square feet 14 Wall for $303 million. The deal stood out because he paid in cash and never took out a mortgage on the building — a rare feat at this price level.

Currently, Rovt is an investor in a 16-story condo development at 151 East 78th Street. The property, which will feature 14 residences, is being developed by Spruce Capital Partners and marketed exclusively by Stribling Marketing Associates.

Ukrainian-born Rovt, who is on Forbes’ list of 400 wealthiest Americans, became rich as CEO of the global fertilizer giant IBE Trade Corporation — a company he still heads. Although he initially specialized on barter trade with former Soviet republics, he has recently become an investor in real estate around the world. Rovt said he owns more than 30 properties in New York City, including the Henry T. Sloane Mansion on East 68th Street.

When he bought 14 Wall Street, its vacancy rate was close to 30 percent and the financial district was still suffering from the aftermath of the financial meltdown of 2008. Rovt explained that he has since renovated the building, lowered rents, and increased occupancy to 95 percent — much of it on ten-year leases. A recent example is office provider Regus, which renewed its 37,000 s/f lease for ten years in November.

Rovt also shared his life story at the Baruch event — along with an explanation of why he buys buildings in cash. Born in Soviet Ukraine, he came to the U.S. via Hungary in 1985, and swiftly worked his way up from a Deli counter to a top-level post at IBE.

In his early years in the U.S., he bought a house on a $150,000 mortgage. “I hated mortgages and still do today. In the U.S. everyone lives on credit cards and mortgages,” he said. “One and a half years after I joined IBE, I got a $150,000 bonus and immediately closed the mortgage. I was the happiest man.”