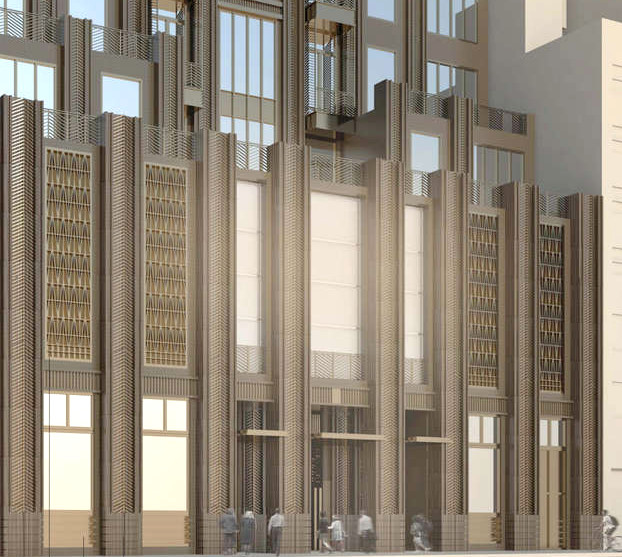 “We are excited to announce our second preferred equity investment in a major New York City project in less than four months,” said Eyal Ofer, Chairman of Global Holdings Group.

“Nomad has rapidly become one of the most desirable neighborhoods in New York City, and we are delighted to be working with a strong sponsor like the Rockefeller Group on such a world-class property.”

CetraRuddy Architecture, the award-winning firm responsible for the design of nearby Walker Tower and One Madison, is the architecture and interior designer of the project.

Lendlease, which has completed high-profile projects that include 432 Park Avenue, MoMA Tower at 53W53, and Zeckendorf & Global Holding’s 520 Park Avenue, has been retained as the project’s general contractor.

Global’s investment in 30 East 29th Street follows the closing of a $100 million preferred equity investment in the Williamsburg trophy office development at 25 Kent in the first quarter of 2018.

Global also completed a $415 million standalone acquisition of Washington Harbour in the second quarter of 2018, a mixed-use property on the Potomac River in Washington DC that has been described as Washington’s version of NYC’s Rockefeller Center.

Global already owns one of the largest Class-A trophy office buildings in the Nomad neighborhood – the approximately 800,000 s/f Nomad Tower located at 1250 Broadway.

Global Holdings Management Group is an international alliance of real estate asset management and investment advisory companies operating across the United States, United Kingdom and Europe. We exclusively develop, advise and manage the real estate assets of Global Holdings Group – which was founded by its Chairman Eyal Ofer – across its residential, commercial and hotel portfolios in these geographies. The current portfolio we manage consists of over 10 million square feet of real estate, comprising over 100 properties and 2,500 hotel rooms.