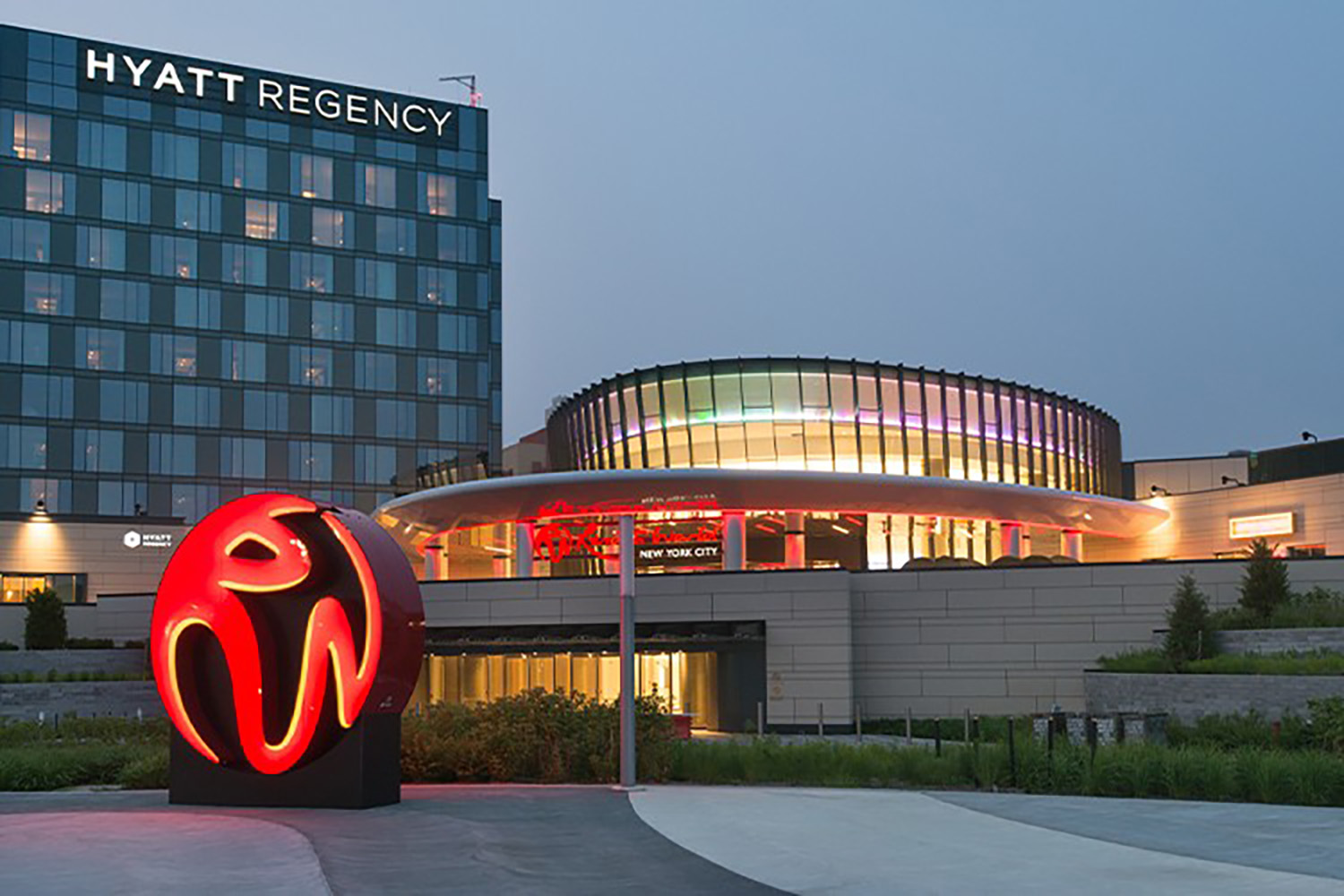 Gilston Electric, a subsidiary of Electra USA, was retained to support the Resorts World Casino New York City hotel expansion project by executing flawlessly after thoroughly preparing detailed engineering drawings. Preparing before executing helped Gilston Electric successfully carry out extensive electrical work throughout the construction project, and it demonstrated how a project should be run.

“One of the keys to success is doing our homework early on,” says Senior VP, John keane. “There are real advantages to starting as early as possible. It helps us meet our overall schedule deadlines while keeping our manpower at a consistent level. We also have the advantage of carrying out installations more efficiently; literally as the building is built.”

According to Alan Sparn, Executive Vice President of Plaza construction, “Plaza awarded the electrical subcontract on the 479,00 square foot Resorts World Phase II Expansion to Gilston Electric in the summer of 2018. The project included a 10 store 400 key Hotel, a 50,000 square foot casino expansion and 40,000 square feet of amenities space. While Plaza did not have an existing relationship with Gilston, we were comfortable with the proposed team’s experience and the resources available to execute the project. Gilston was a true partner on the project, working closely with the Plaza project team to deliver the project on schedule and within budget. “We look forward to working with Gilston on future projects.”

At the beginning of the project, Gilston installed raceways, enclosed conduits that created a physical pathway for electrical wiring before the concrete was poured rather than after each part of the building structure was completed.

“First we had our engineers pull together information and dimensions to map out details for the underground infrastructure and embedded raceways in the superstructure,” said Keane. “With that information, our field supervisors and electricians were able to get a head start on the project. We got to see the results of how well our field personnel and engineers did only after the interior walls and equipment were placed. Gilston achieved 99% accuracy in hitting the various walls and equipment throughout the building. We installed tens of thousands of feet of raceways efficiently and ahead of schedule.”

“The benefits of starting a project of this magnitude early on are huge,” he continued. “We increased our efficiency, used less manpower, spent less on materials and cut down project time. All thanks to our ground work at the outset. It was a win-win situation for Gilston and the general contractor, Plaza Construction.”

By approaching the project in this manner, Gilston did not have to wait for the other trades to complete their part. This gave Gilston more control over its team while allowing them to move on to the next stages of work at their pace.

“We were always ahead of the other trades and in control, which translated to fewer onsite workers,” said Danny Fiorello, General Foreman for the Resorts World project. “In fact, even after one of the major trades defaulted in the middle of the project, it barely affected us, since we had already taken care of our part.”

The Resorts World project featured a 470,00 square foot expansion of New York City’s only casino located in Queens. The project was executed in numerous phases, allowing the casino to continue operating during the construction of the adjacent 400-room hotel. Gilston won the $41 million electrical work contract in 2018, and quickly began building. The company completed work on expanding the casino’s gaming floor in 2019, before moving on to the new hotel construction, which included an expansive grand entrance, redeveloped landscape and renovated parking. In addition to opening the door to the new construction market, the Resorts World project demonstrated Gilston’s elevated teamwork.

“The project showed how we joined forces and worked as one team throughout all aspects, from the bidding stage, through materials purchasing and engineering work to onsite execution,” added Fiorello.

The project offered Gilston an opportunity to showcase the company’s diverse skill set and expertise to Plaza Construction, with whom it had never worked with.

The Resorts World Project is a real testament to what Gilston Electric can do with skilled
management, engineering and field capabilities.