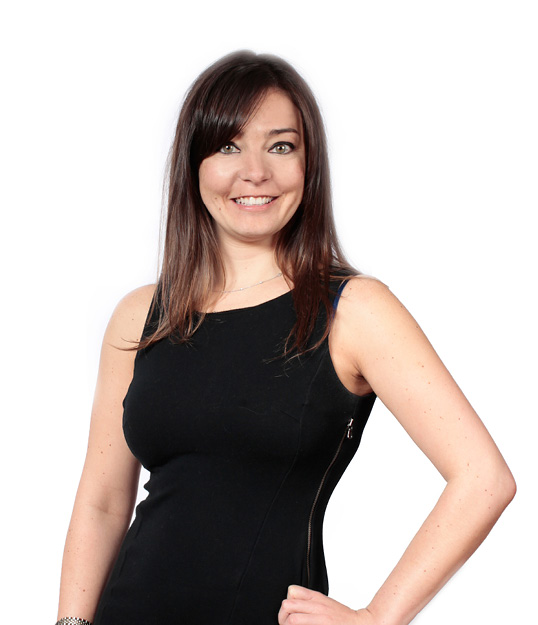 Gedinksy gets her groove on filling city space with stores

Retail leasing broker Kelly Gedinsky has parlayed her insider knowledge as a native New Yorker into retail gold, as a top-performing broker at Winick.

“Growing up in the city, I think that helps a lot for doing retail without even knowing it,” said Gedinsky. “Intuitively, I have a really good sense of who belongs where, and I’ve seen neighborhoods change and seen what lasts and what doesn’t.”

A native of the Upper East Side, Gedinsky grew up dreaming of being a famous singer, but found that she had “a bit of stage fright,” so she explored being a veterinarian, publishing and writing in college before finding her way into real estate.

After graduating from the University of Wisconsin where she majored in English — “I think it helped with analyzing leases and finding new tactics and approaches” — Gendinsky returned to Manhattan.

Fate came calling when her mother, an event planner, was hired to plan Winick CEO Jeff Winick’s daughter’s bat mitzvah, and heard that the company was looking for an intern.

“So she sent me straight there,” said Gedinsky. Though she admits real estate was never on her radar, Gedinksy found that she had a knack for real estate and mentored by Winick, soon obtained her license.

“Jeff saw something in me that he thought would translate really well into being a successful retail broker,” said Gedinsky. She continued interning until getting her license and then hit the ground running.

Another mentor was former Winick president Ben Fox, who is now executive vice president of retail leasing at Massey Knakal.

“I’ve gotten to know a lot of people that have come through,” she said of the eight years she has been at Winick. “I was told by Ben Fox to take what you can from everything and make it your own. I learned from everyone I was surrounded by. Everyone has their own approach; I saw how everyone had different approaches and strategies and learned what was best for me.”

Nearly a decade into her career at Winick, Gedinsky has worked on several deals on the Upper West Side including a CVS pharmacy at Columbus Circle and two deals for the European Wax Center.

She broke into the business with her first deals at Columbus Square on the Upper West Side, which were more than 40,000 s/f each.

“Those were construction pre-leases before they broke ground on the development, which is a unique situation to work with,” she said.
Much of her work is focused on high-profile flagship stores and luxury retailers. She recently repped the landlord at 420 West 14th Street on shoe retailer Asics’ flagship store in the Meatpacking District, and in April, she was part of a team that brokered a lease for the world-renowned Gagosian Gallery at 821 Park Avenue on the Upper East Side.

“I’m sort of proud of every deal I do,” she said. “You put so much time and effort into every transaction, you are thrilled. I typically work with people I believe in and who I have a passionate responsibility to, so when something closes, I’m probably just as happy as they are.”

Gedinsky is positive about the status of the retail market, which has kept her “very busy.” She has also seen the pace of transactions change since the economic crash in 2008.

“Before the crash, people were more inclined to do deals quickly, now there’s a more cautionary tone in how people are spending money,” she said. “Recently, I’ve done deals in a matter of months before showing and closing. It depends on where and how big. All in all, it’s good right now and I hope it will stay good, if not get better.”

When she’s not busy working on deals, Gedinsky spends time with her family and friends and enjoys going to concerts and plays in the city.

“I think I’m always looking to discover certain things that I might not be so familiar with,” she said. “I’m on a grand jury right now ,so I’m learning a lot about the financial district. I’m always trying to see how I can grow. I try to focus my energies on doing twice as good as last year.”