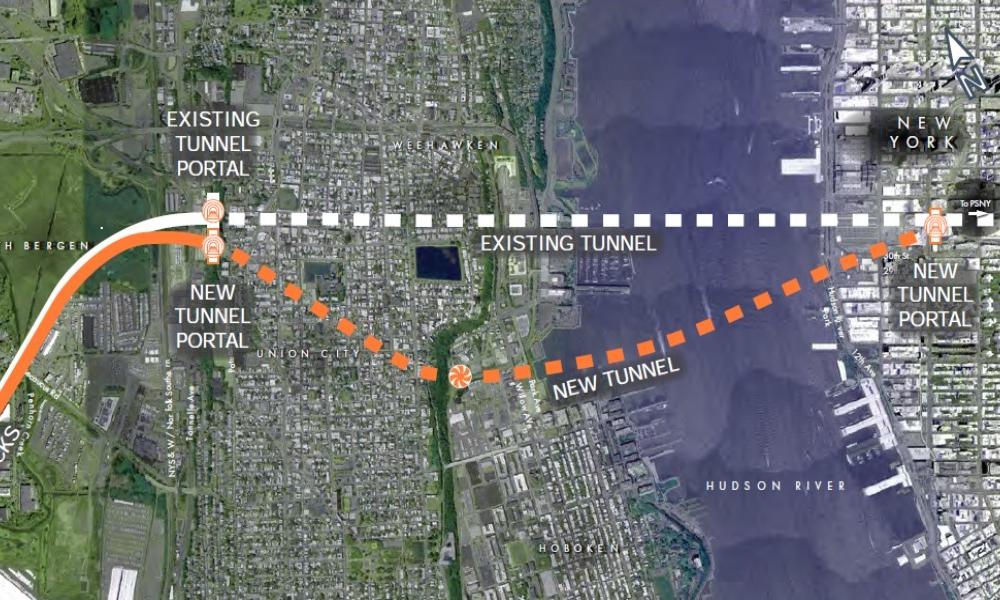 In a new survey released by the Gateway Program Development Corporation, 45 percent of respondents rated the “Gateway Tunnel” and Portal North Bridge Projects as the most important transportation priorities in the region, surpassing the next most popular priority by more than 15 percent.

The survey of 463 adults in New York, New Jersey and Eastern Pennsylvania also found that national infrastructure spending is either “extremely important” or “very important” to 79 percent of respondents.

The most popular method of paying for such a plan is through repeal of federal tax legislation passed in 2018.

Other key findings of the survey include:

• More than 70 percent of respondents want the “Gateway Tunnel” project built now, with about half of those saying trim the cost as well and the other half saying “stop the arguing and build it.”

• Faster/Better trains and roads were far and away the leading improvements respondents would make if they could “wave a magic wand.”

• Rail is considered the mode of transportation in the region “in the most urgent need of modernization” (37 percent), followed by roads (28 percent) and “bridges & tunnels” (21 percent).

• Of those who take NJ Transit and/or Amtrak, well over half of respondents would switch to driving or riding the bus, PATH or a ferry if one of the existing North River tunnel tubes was closed, adding an even greater burden to congestion in the region.

“In this era of divided politics, one thing that unifies everyone is the need for better, more reliable, modern transportation,” said GDC Chairman Jerry Zaro.

“That’s why we, our partners, our Governors, elected officials and leaders up and down the Northeast Corridor are working so hard to get Gateway funded and built. It’s the most urgent infrastructure need in the region and the nation, and – when built – will be a statement that America can do great things again.”

The GDC has members representing Amtrak and the States of New York and New Jersey.