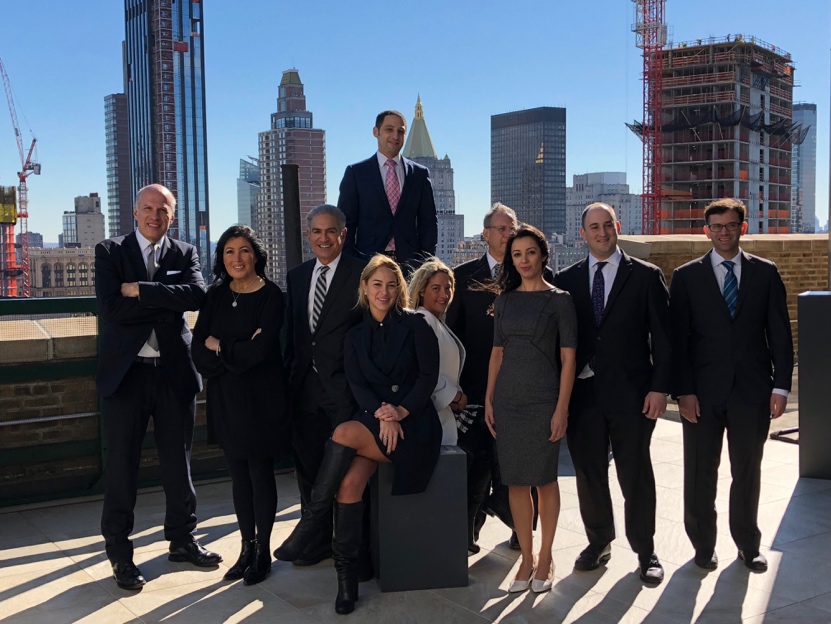 The group comes to Lee from Advisors Commercial Real Estate and will be working throughout Manhattan, Brooklyn and Queens. The team was the number-two producer nationwide at Coldwell Banker Commercial Advisors and Greg, Corey and

Catherine were among the top ten producers across the country.

“We are thrilled to welcome this team which has a stellar track record in the industry,” says Joel Herskowitz, COO of Lee NYC. “The group’s business is equally divided between agency assignments and tenant representation. This diverse group of individuals knows the New York City commercial real estate market inside and out and we’re very excited to witness all they will accomplish at Lee & Associates.”

The team has relocated the headquarters of David Donahue to 13,735 square feet (the entire 32nd floor) at 1407 Broadway. They also relocated the New York offices of TouchBistro to the 37th floor of the same building. Other notable transactions include the group’s assistance with the two-floor lease at 256 West 36th Street for iLoftSpace, a high-end coworking company that incorporates state-of-the-art technology, as well as their negotiation of the 15,000-square-foot lease at 359 Broadway for Blood Manor which brands itself as New York City’s premier haunted house attraction. The team also represented Fundera in their expansion to 20,000 square feet at 123 William Street.