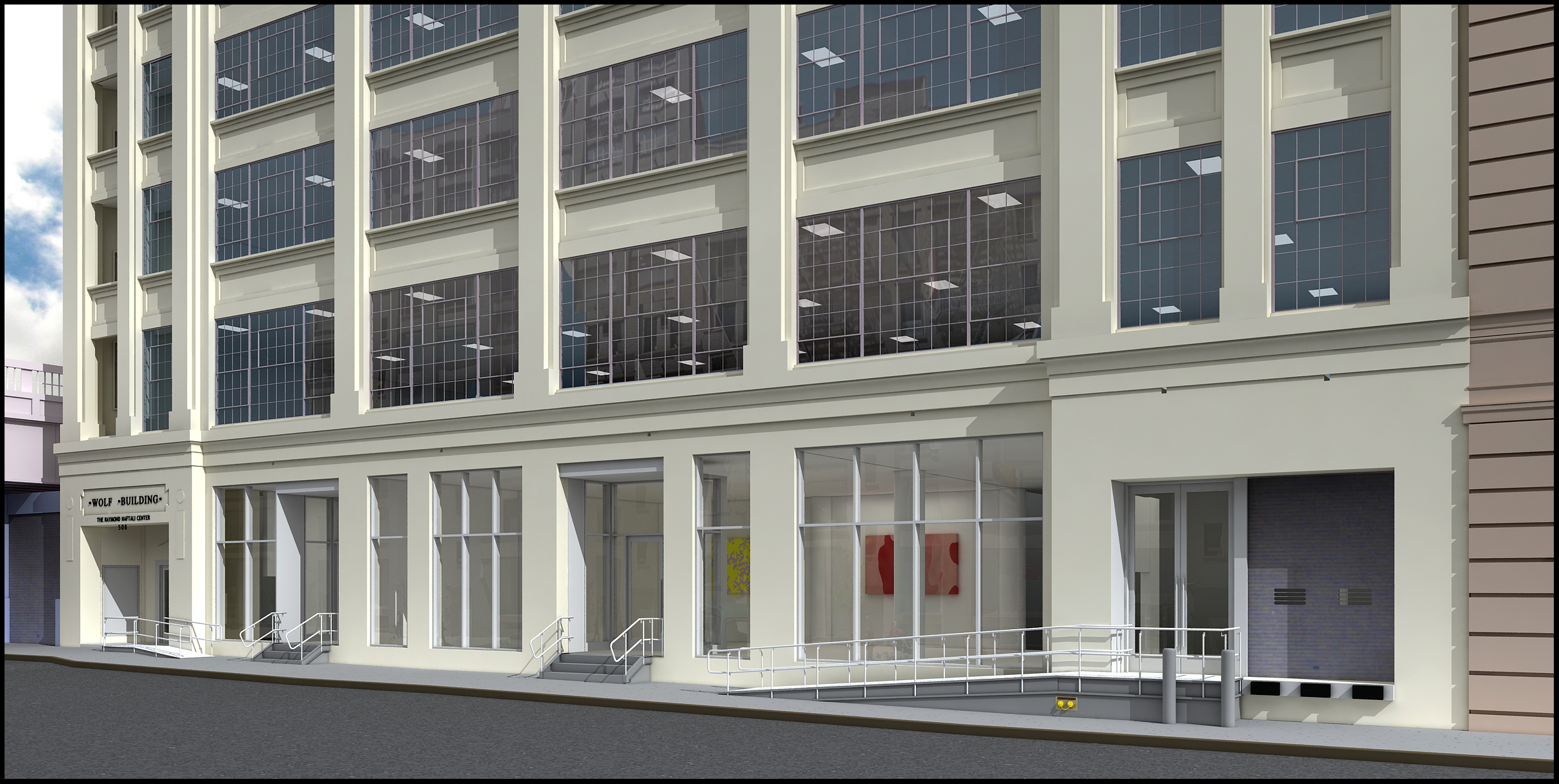 Design AIDD Architecture, DPC has launched a second round of renovations for the Wolf Building at 508 West 26th Street, between Tenth and Eleventh Avenues.

The landmark building is being transformed into a High Line art destination with the redesign of two art galleries and installation of a new façade.

“It is an honor to be the architects of record at the Wolf Building,” said David Kirschenbaum, a vice president and co-founding principal of Design AIDD. “It affords us the opportunity to do what we do best, blend the old with touches of the new.”

Design AIDD, began working on the 12-story landmark building in 2008, beginning with a series of renovations that included several office expansions, a penthouse medical facility and new wiring.

For the gallery projects, the team will convert two duplex spaces, ranging in size from 4,200- to 6,300 s/f, into larger exhibition areas with open layouts. Concrete floors are being resurfaced and restored and offices expanded.

In addition, a new staircase is being installed in the Alexander Gray gallery.