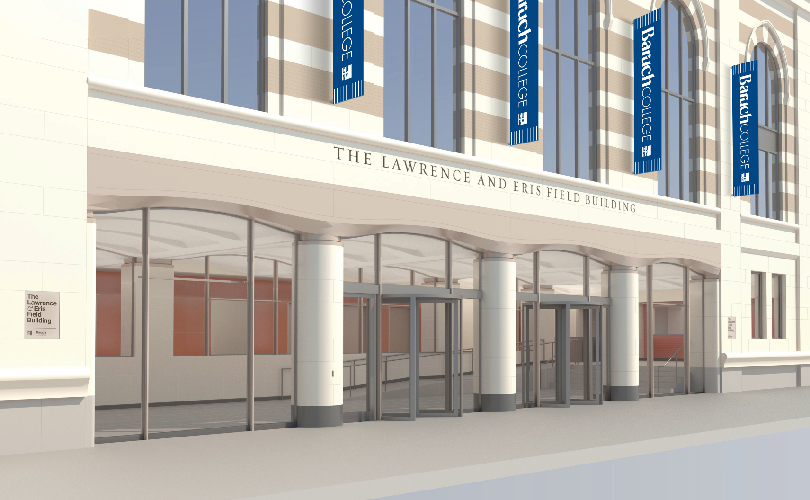 The project is the first significant renovation of the building since it opened its doors in 1929 as the City College of New York. The building also sits on the original site of the 1847 Free Academy – both institutions served as precursors to the City University of New York.

The completed renovation, part of a six-stage overhaul, includes critical infrastructure upgrades to the building’s mechanical and electrical systems, as well as a redesign of the Lexington Avenue façade and lobby.

The City University of New York and The Dormitory Authority of the State of New York managed the construction with a team that included education construction consultants LiRo, heavy mechanical, plumbing, HVAC contractors WDF and architect Davis Brody Bond

“Ensuring all New Yorkers have access to higher education is one of the most important investments we can make in our communities and our state,” Governor Cuomo said.

“By providing our students with state-of-the-art facilities like the renovated Field Building, we can help ensure equitable and quality access to the best that our CUNY system has to offer while attracting the best talent to New York and honoring this institution’s storied past.”

When students, faculty, and staff return to campus, they will be met with a completely reconfigured Lexington Avenue entrance and lobby, including a new glass front entry that allows natural light to spill into an airy, accessible, and inviting space.

CUNY Chancellor Félix V. Matos Rodriguez said, “This multi-million-dollar upgrade of a cherished and historic landmark at Baruch College represents CUNY’s commitment to expanding and transforming its campuses and ensuring that its students have the most modern and forward-looking facilities to pursue their academic goals.

“Thanks to Governor Cuomo for his rock-solid support of higher education, and to the many state and city officials who championed this project and made it possible.”

The Field Building, known to Baruch and the surrounding community as “17 Lex,” occupies the same site where the Free Academy opened its doors in 1849.

When fully renovated, the Field Building will be a state-of-the-art facility with smart classrooms, updated science labs, a student lounge and offices for faculty and staff.

Plans to renovate the building were first drawn up in 2008, and the project was split into six phases.

Construction began on Phase 1a in 2017. Future stages will completely overhaul the building, with a strong emphasis on sustainability.

The College worked closely with its designers to preserve key architectural details. The building is a historic part of the Gramercy neighborhood, and its ornamented Italian Renaissance revival style façade will remain almost entirely intact.