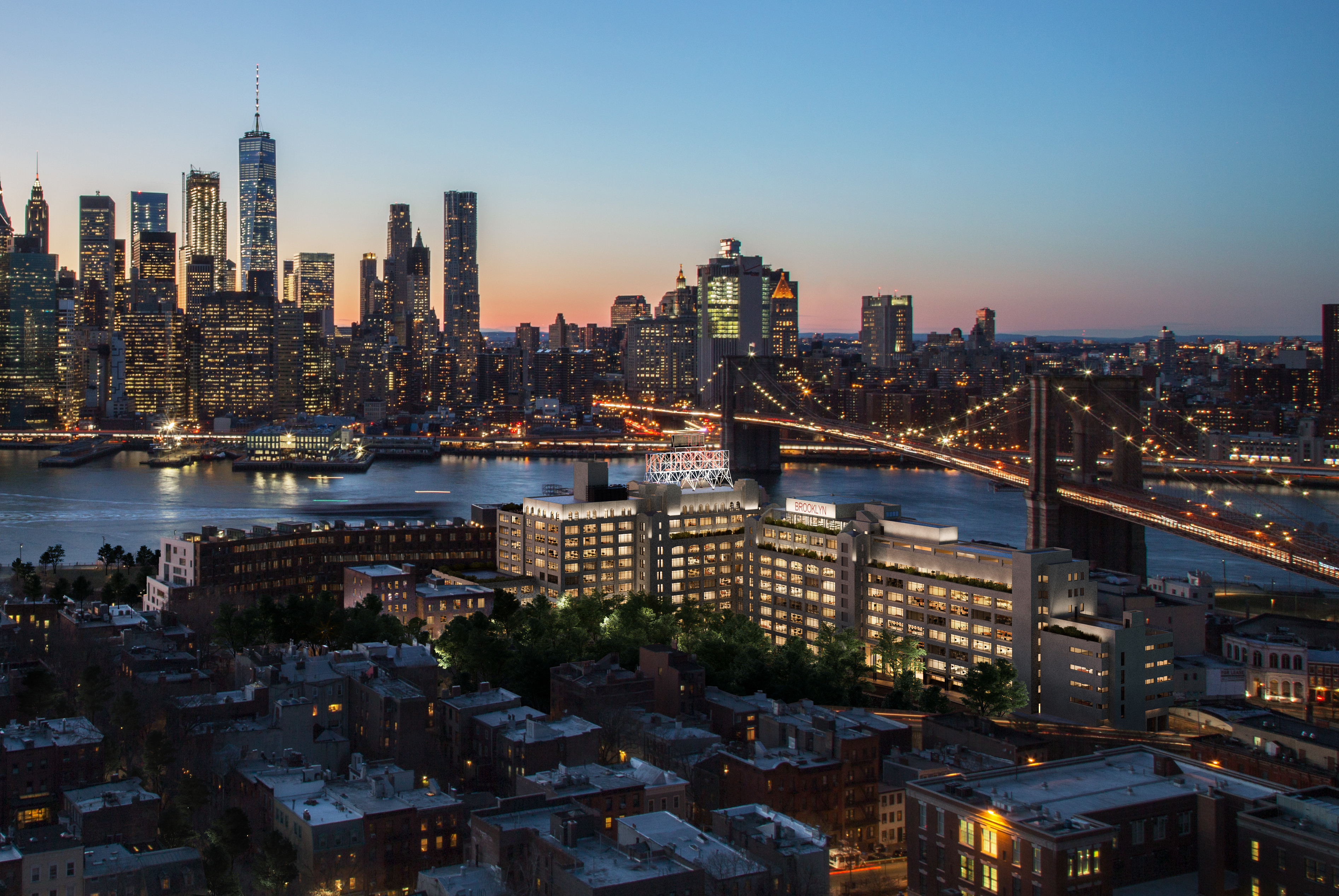 Columbia Heights Associates – a partnership of CIM Group, LIVWRK Holdings and Kushner Companies – has released renderings of its proposed transformation of the former Watchtower buildings at 25-30 Columbia Heights.

To be called Panorama, the property will become an office and retail campus  with 635,000 s/f of interconnected, customizable, Class A office space with 11 ft. ceilings. Typical floor plates will range from 23,000 to 37,000 s/f enough for roughly 250 workspaces per floor. The campus will house an estimated 5,000 workers at capacity.

“Panorama will be more than just a place to work – it will be a thriving community offering the best visibility and views in New York City, world-class office space, and an opportunity for tenants to infuse the campus with their culture from the very start,” said Asher Abehsera of Columbia Heights Associates. “Panorama will mark a shift in what America’s best companies expect in an urban office setting.”

Renovation work that is now underway includes new lobbies, elevators, and data and mechanical infrastructure to support the needs of modern tenants. Despite the overhaul, features such as the connective sky bridge, double-height assembly spaces, and the private onsite garage will remain. Additionally, panoramic views will be available from a combination of 20 public and private terraces.  At street level, sections of the campus will be opened to the public, including lobbies, public terraces, approximately 35,000 s/f of neighborhood- and tenant-focused retail, and public spaces for arts and culture.