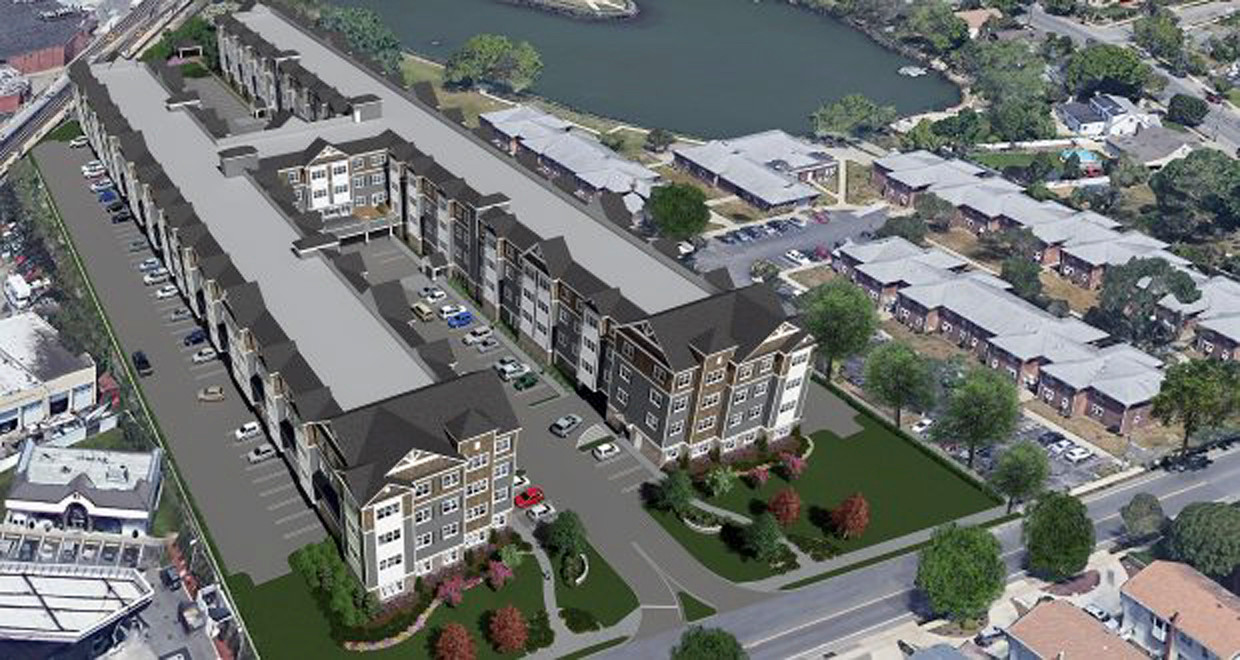 The Nassau County Industrial Development Agency (IDA) has closed on a package of economic incentives for a transit-oriented rental apartment complex planned for a five-acre Oceanside site ravaged six years ago by superstorm Sandy.

Woodcrest Village Park is a $60.6 million, 230-unit complex planned by New York developer Feil Properties.
Construction is expected to begin before the 2018 winter season and will take about 18 months to complete.

The project is expected to generate 100 construction industry jobs and seven full-time-equivalent permanent jobs and is projected to inject $137 million into the Nassau economy.

The IDA approved Woodcrest’s application for incentives for the $60.6 million housing development was approved in September.

The Hempstead Town Board in March approved a change-of-zone for the property to allow construction of the new, denser building close to the East Rockaway Long Island Railroad station.  Ten percent of the apartments will be affordable-housing units.

MRC antes up $36M for new Upper West Side condo