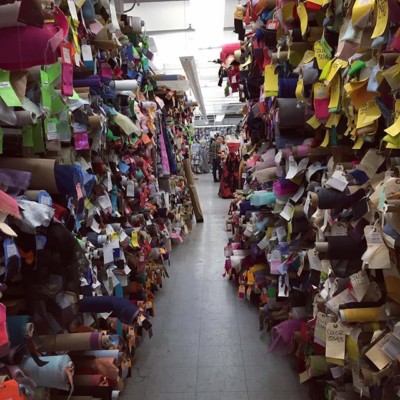 The city is looking for someone to create a fashion factory in the Garment District.

The Economic Development Corporation just issued a Request for Expressions of Interest, or RFEI, in buying and operating the property as a center for fashion manufacturing.

The goal of the RFEI is to have the future property owner offer affordable, long-term leases to apparel manufacturers in a bid to keep the Garment Center relevant for clothing production.

The city will commit $20 million towards the acquisition costs.

“Garment production is critical to New York City’s identity as the fashion capital of the world,” NYCEDC’s president and CEO James Patchett said. “The acquisition of a building in the heart of Manhattan will ensure that garment manufacturing is not only preserved but has a home in the historic Garment Center.”

The latest RFEI is part of the city’s larger mission to help preserve the Garment Center District.

The area long served as the home of the city’s fashion manufacturing but has seen its manufacturing workforce slide by 95 percent since its peak in 1950, according to the EDC. Since then, the area has attracted new hotels and office tenants who are attracted to the large loft-like spaces.

In the attempt to preserve what was once an important engine of the city’s fashion manufacturing world, the city put out a comprehensive plan in June 2018 to help with the area’s preservation. The multi-pronged approach includes several zoning changes, but also the RFEI that looks to anchor fashion manufacturing space in the neighborhood.

“The acquisition of a building is an important piece in the plan to create long-term stability for New York City apparel manufacturers,” said Barbara Blair, the president of the Garment District Alliance.

“A building dedicated to apparel manufacturing will allow for real estate certainty and is part of an overall program that will ensure the city’s fashion ecosystem in the Garment District while ensuring opportunity for other business sectors in the district.”