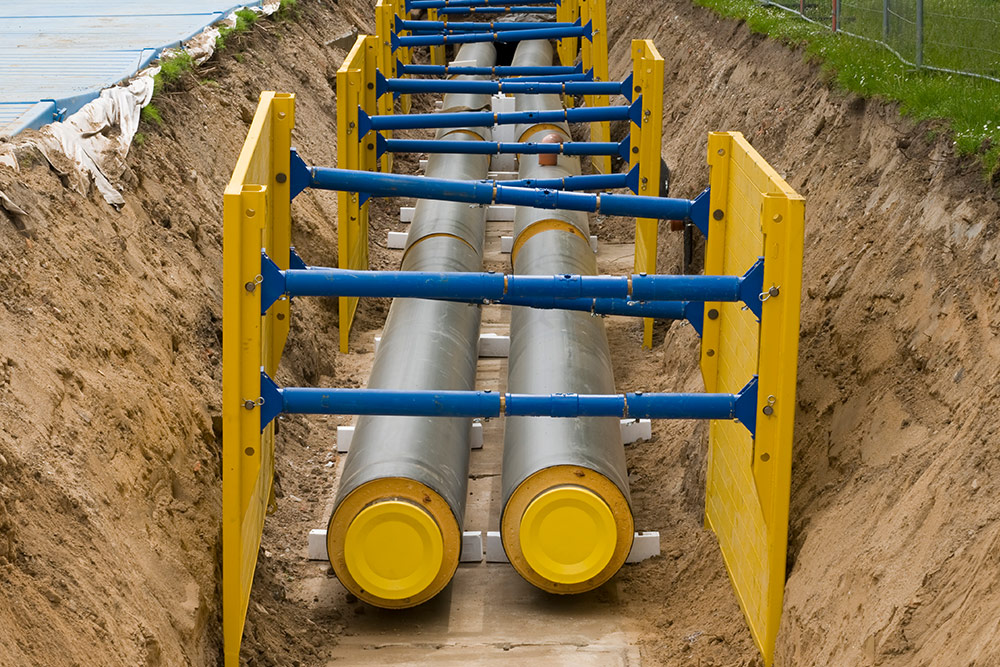 BuroHappold Engineering has been selected by local nonprofit Home Energy Efficiency Team (HEET) to lead the development of an GeoMicroDistrict Feasibility Study, which will explore the potential of replacing natural gas infrastructure with a network of neighborhood-scale district heating systems, or “GeoMicroDistricts.”

The goal of the Study is to assess the feasibility of designing, developing, implementing, and scaling up these systems in the Greater Boston area to reduce reliance on natural gas and move towards renewable energy sources.

It will focus on the use of ground-source heat pump technology, which uses electricity to transfer heat from the ground to a network of hot water pipes, to provide heating, and potentially cooling, for the buildings within each District.

Ground-source heat pump technology is highly efficient and, when paired with clean electricity, is considered a renewable heat source.

“Now more than ever it is critical that we scale up low- and zero-carbon energy solutions,” said John Swift, partner at BuroHappold Engineering.

“This is especially vital as we begin to prepare our cities for carbon neutral futures and consider the long term implications – on the environment, on economic sustainability, and on human health and safety – of our current infrastructure. We are committed and excited to take part in this forward-thinking, first of its kind initiative and have every hope that this work will influence the future of energy in Massachusetts and beyond.”

The study was inspired by the ongoing replacement of more than one-quarter of Massachusetts’s aging natural gas infrastructure, which is expected to take two decades and cost natural gas customers more than $9 billion.

Moreover, the future of natural gas is uncertain given State and local environmental policies such as the 2008 Global Warming Solutions Act, which requires Massachusetts to reduce emissions 80% from 1990 levels by 2050, and Carbon Free Boston, which seeks to achieve carbon neutrality for the City by 2050.

Interest in developing new alternatives to natural gas has only grown following the Merrimack Valley gas system collapse in September 2018.

The deadly incident shed light on the vulnerabilities and risks associated with aging natural gas infrastructure, which is the dominant source of heating energy for buildings in the region.

While climate advocates have long pointed to the need for renewable sources of heat to reduce greenhouse gas emissions, this transition would also reduce the safety risks associated with natural gas systems, and the social and economic burdens of their repair and replacement.

“Do we really want to spend $9 billion on technology that was hot in the 1870s?” said Audrey Schulman, Executive Director of HEET. “Let’s take the time to think about what systems might be the best for this upcoming century.”

The study is intended as the first step in developing an alternative system, addressing these economic and environmental risks while exploring options for new business models for utilities to invest in renewable district heating, rather than maintain aging natural gas infrastructure.

BuroHappold will lead this study, delivering a technical report evaluating the engineering and economic feasibility of implementing and scaling a GeoMicroDistrict network in the greater Boston area.

BuroHappold will evaluate the potential for implementing ground-source heat pump systems in the greater Boston area in terms of site conditions such as geology and soils, and water table depth, and common building characteristics, including thermal energy demand and typical space heating systems.

Working with HEET and their network of stakeholders and technical advisors, which includes experts from local utilities, academic institutions, and community groups,

BuroHappold will develop additional criteria to assess the potential impacts of implementing GeoMicroDistrict systems based on a range of sustainability, health and safety, and social and economic indicators.

BuroHappold will perform an engineering and economic feasibility study to evaluate the technical potential for implementing and scaling neighborhood-scale thermal energy technologies, and the costs and benefits to both utilities and ratepayers of implementing those systems instead of repairing and replacing existing natural gas infrastructure.

HEET is scheduled to release the final plan in the early fall of 2019.