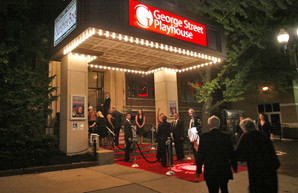 While office and industrial properties are still being built, bought, sold, and leased, non-traditional business sectors have moved to the forefront in terms of current real estate activity.

And mixed-use, particularly in urban settings, as well as high-end residential, are part of the equation as well. That was the message delivered by a panel of officials at NAIOP New Jersey’s June Chapter Meeting at the Maritime Parc in Jersey City.

“What’s now driving the real estate market here is residential. We’ve leveraged our location on the waterfront and proximity to New York City, and are now focused on the neighborhoods further inland. We’re listening to people and reacting to what they’re looking for.”

Dr. Sue Henderson, president of New Jersey City University, said, “What’s happening is that the city has grown organically, and we want to be part of that.

“We’re working with private developers to create housing and retail on the west side of campus, and working closely with the Mayor’s office on incentives for developers.”

Among the academic projects underway are a new building on campus and, working with Mack-Cali, a business school on the waterfront. The proximity of the business school is particularly interesting: It’s directly across the river with views of Lower Manhattan and Wall Street, Henderson noted.

Also on the academic front, “it was important to re-establish Rutgers University’s position as a focal point in New Brunswick,” said Christopher Paladino, president of DEVCO, that city’s economic development organization.

He noted that the same effort applies to Rutgers-Newark. The result in New Brunswick has been $330 million in on-site development, including 600 residential units and the “first new academic building since 1960.” And another 1.5 million square feet of development is “on the boards.

“These projects are creating a state-of-the-art environment for students,” said Paladino. “We’re serious about keeping the best and brightest students in New Jersey.”

Noting his city’s diversity, “we are looking at international investors and international students,” said Vigil. “We continue to bring students in from around the world,” added Henderson.

On the impact of healthcare and medical, “what’s going on?” asked Machemer.

“That’s creating real estate activity in the development of medical facilities, because “more can be done in an outpatient setting. The focus is on health management and providing better access to care, including urgent care.”
Sparta termed the trend “the retail-ization” of healthcare.”

In terms of development, HUHN recently completed a 112,000-square-foot fitness center, and is teaming up with Seton Hall University to open New Jersey’s newest—and first private—medical school on the former Hoffman-LaRoche site in Nutley.

Where is the funding coming from for the latter project? “We’re looking for public support, philanthropy, and private investors,” said Sparta. “We’re pursuing a lot of different, innovative strategies.”

The arts are also a factor in real estate activity.

“Executives at Johnson & Johnson started that process a long time ago,” said Paladino, noting that plans are in the works for a new $36 million theater to replace New Brunswick’s George Street Playhouse, a mixed-use project that will include high-end residential. “The private sector has been a real help in building the theater.”

One key ongoing requirement, according to Vigil, is “investment in transportation and infrastructure—where we are now and for the future.”

A key factor for Jersey City and Hudson County, of course, has been the light rail system.

“Jersey City is our role model,” said Paladino, concurring on the importance of investing in transportation and infrastructure.