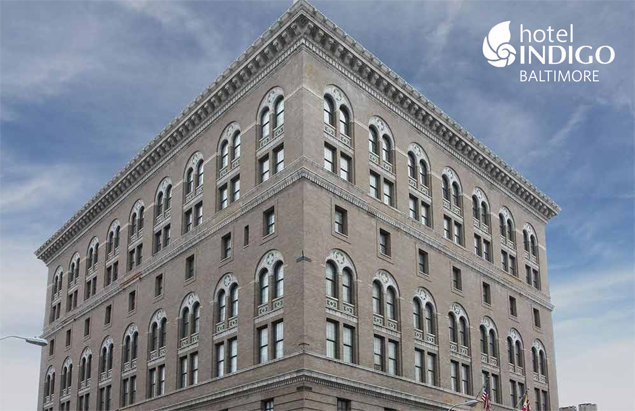 In the coming year, The Mount Vernon Hotel at 24 West Franklin will be transformed and renovated into a 170-room Hotel Indigo hotel by MVH Baltimore Hotel.

Development will be led by Shaffin Jetha, a well-known Baltimore developer and the project is scheduled for completion in the spring of 2015. 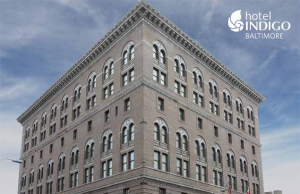 The Hotel Indigo brand is franchised by InterContinental Hotels Group (IHG), a global organization with a broad portfolio of nine hotel brands and franchises with more than 4,700 hotels in 100 countries.

The building, a national historic landmark, was constructed in 1905 as Baltimore’s first YMCA. It later became the original home of the University of Maryland’s School of Commerce, before it was converted into a 197-key hotel in the mid-eighties. Currently, it is divided between dormitory housing and separately-owned hotel rooms.

Marc Tropp and Barry Dollman of Eastern Union Funding arranged financing for the purchase, and planned renovations, of the property.

The associated costs and fees were packaged into one unique loan, servicing 80 percent of borrower’s investment and fees for an exact total of $13,965,824. That amount was provided Virginia Heritage Bank, on top of the EB-5 portion.

“There are many components to this deal, which make it complex and interesting,” Tropp Said. “One of those components is the EB-5 financing program which was utilized.”

Under the EB-5 program, an individual foreign national can invest $500,000 or $1 million, depending upon where the project is located, in a new commercial enterprise that creates 10 U.S. jobs. In this case, ODI funded $6 million by recruiting 12 Chinese investors for the hotel project, each of whom invested $500,000.

“The benefits to the developer is that financing is at below market rates because EB-5 investors are looking to the green card benefits as their principal compensation for investment,” said Kate Weaver, a CPA and manager of ODI.