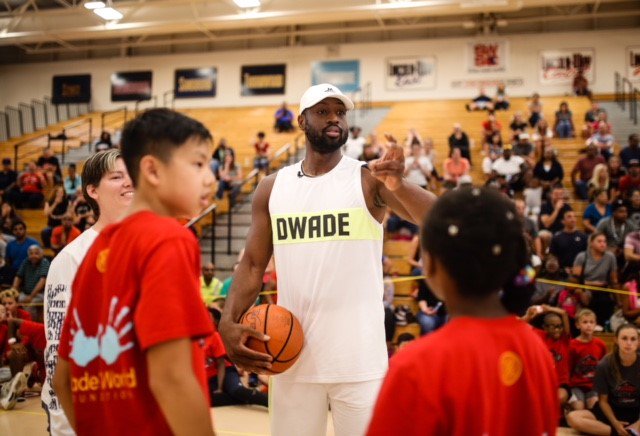 NBA star Dwyane Wade is taking his talents to the Big Apple.

The Miami Heat legend won’t be suiting up for the New York Knicks or Brooklyn Nets during his final season (though both teams could certainly use him) but “DWade” is putting his money where his mouth is and backing a new restaurant in the heart of Midtown.

Wade and his long-time Heat teammate Udonis Haslem have invested in 800° Woodfire Kitchen, a fast-casual restaurant, which recently signed a 5,300-s/f lease at One East 33rd Street, which is owned by the Rosen family. The lease is a 15-year contract. The asking price was $125 per s/f.

The 84-seat space will have 35 feet of frontage on East 33rd Street and 1,200 s/f of lower level storage space inside the 12-story office building. Koeppel Rosen LLC, which manages the building and handles leasing, represented the Rosen family in the contract negotiations.

“We are thrilled to welcome 800° to One East 33rd Street,” Koeppel Rosen principal David Koeppel said. “This is an ideal first New York City location for the restaurant, which will benefit from the bustling neighborhood traffic that brings in 100,000 office workers every day and is a magnet for tourists from around the world.”

Named for its signature wood-fire stone hearth ovens, which use oak, mesquite and fruitwood to cook a variety of specialty foods at precisely 800 degrees Fahrenheit, the restaurant is part of a burgeoning brand with national aspirations.

Chef Anthony Carron opened the first location in Los Angeles in 2012 and now has five restaurants on the West Coast. Wade, Haslem and New York-based hospitality consultant Mario Zeniou have been brought in to open the Manhattan outpost as well as another in Aventura, Florida.

“As one of the most important dining capitals of the world, New York City is the birthplace of many innovations and new concepts, and home to a huge population of food enthusiasts,” Carron said in a release. “We look forward to introducing our innovative style of wood-fired cooking to New Yorkers and ingraining ourselves in the tapestry of the Manhattan dining scene.”

Zeniou said the partnership plans on opening additional 800° Woodfire Kitchens in Manhattan as well as additional locations in Brooklyn and Queens.

“I truly believe that there is nothing else like this available in the market,” he said. “Between the superior level of ingredients we use and the wide variety of options available to our guests, I believe that New Yorkers will embrace the concept and support what we stand for.”