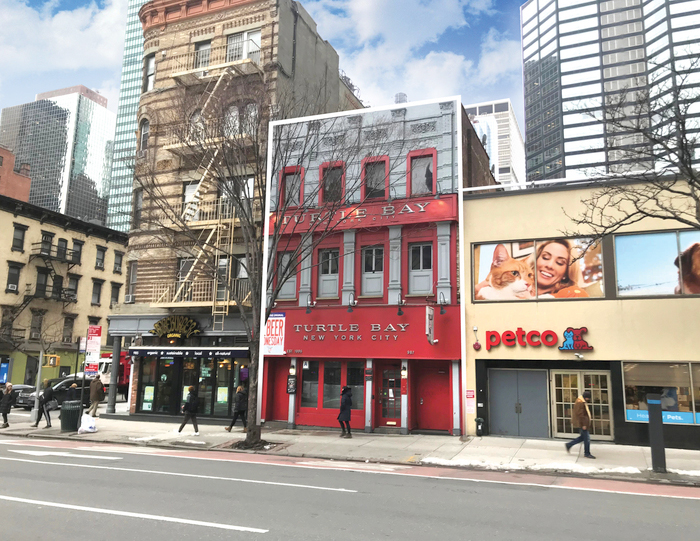 Draught 55, a bar/restaurant that’s been open at 245 East 55th Street since 2012, has signed a 20-year lease at a space nearby for an additional location. The second spot is at 987 Second Avenue, between East 52nd and East 53rd Streets.

Winick Realty Group Director Michael Shkreli, who represented landlord Rocky Lee Corp, said the new restaurant would be casual on the ground floor, while the second floor, which has 20-foot-high ceilings, can be used for catering and private events.

The owners, Rocky Lee Corp, had previously run their own family restaurant in the building before moving to Las Vegas and leasing the space to previous tenant Turtle Bay Tavern, in 1996.

Turtle Bay vacated last September after running into problems over that year that included a series of violent brawls, including one where four patrons got stabbed, and a complaint of underage drinking. In June, the bar had its liquor license yanked by State Liquor Authority, who, in its decision, cited the stabbings and another incident when a man attacked by a group had his jaw broken.

“The fact that Draught 55 has been operating successfully in the neighborhood for seven years, allowing them to develop a deep knowledge of the market, made them a very attractive tenant to ownership,” said Shkreli.

“Draught 55’s concept will translate well to the layout of this flagship space and ownership is happy to welcome them to the building,” Shkreli added.