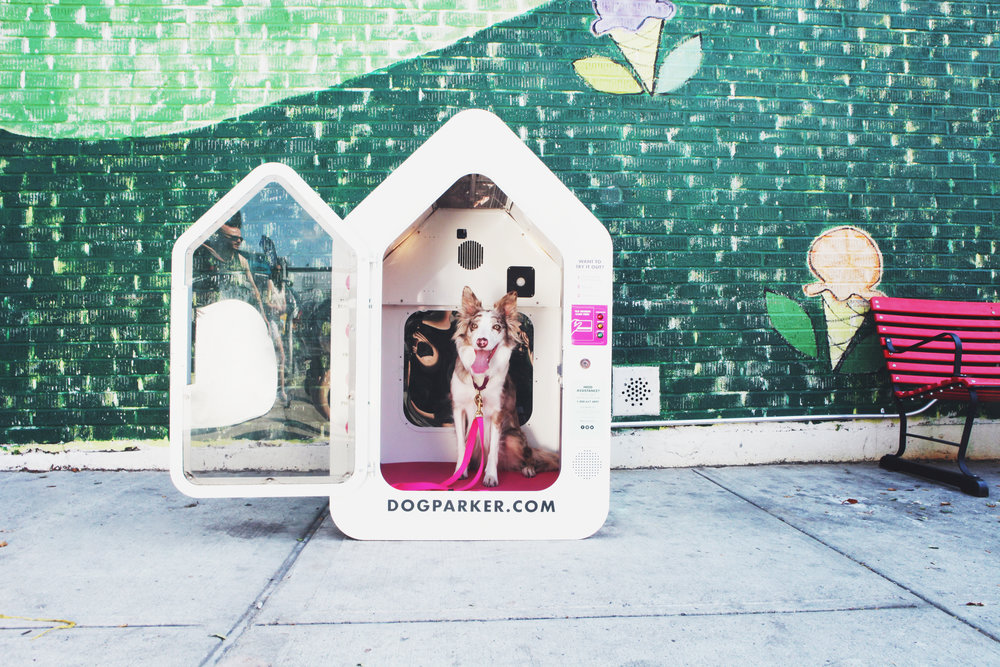 Brooklyn-born startup Dog Parker is being kept on a tight leash by New York City’s Department of Transportation (DOT).

The hugely popular service brought portable dog houses to stores and businesses across the Big Apple so customers could safely house their pet while they shopped.

Now the have been told the cozy kennels are causing a sidewalk obstruction and have to go.

“The City had been in discussions with Dog Parker Inc. for more than a year about their structures that create obstructions on sidewalks that are clearly public property,” said a spokesperson for the DOT in an e-mailed statement.

Now Dog Parkers says it will be forced to “drastically” reduce its footprint in NYC focus on expanding nationally.

“We were able to grow up in New York City,” said co-founder and CEO Chelsea Brownridge. “Because of our success here, we have more opportunities across the United States and abroad, which is what we will focus on. The regulatory challenges and aggressive regulatory climate in NYC is simply too burdensome to run our business here. We hope that will change soon.”

Founded in Bed-Stuy in 2014, the company collected seed grants from the NYC Economic Development Corporation’s Futureworks program, and the Brooklyn Public Library.

Since the launch of their newest model in the fall of 2016, the company said it has amassed more than 1,000 active users across a network of 40 dog houses.

Dog Parker claims it has operated for more than two years “without a single violation or 311 complaint,” before they said the DOT threatened to remove and impound Dog Parkers from the City’s streets.

Despite becoming the pet peeve of the DOT, many within the city government are big fans of the service.

Councilmembers Rafael Espinal Jr. and Stephen Levin, along with the Brooklyn Chamber of Commers have spoken out in support of Dog Parker.

“We cannot simultaneously champion Brooklyn as a growing hub of innovation while we stifle our very own home-grown businesses,” said Levin in a statement.

Espinal, chair of the Consumer Affairs committee, is seeking to create legislation that will allow the company to continue to operate, while also providing other opportunities for the safe temporary shelter of animals.

“At a time when NYC is seeking to support MWBEs and tech companies, here is a woman-founded, Brooklyn-based, technology-company offering a service to pet owning New Yorkers that is in high demand,” said Espinal.

“Dog Parker has provided a niche and innovative service that business owners, consumers and pets love. Instead of supporting this business, the city is using antiquated regulations to essentially put them out of NYC’s market.”