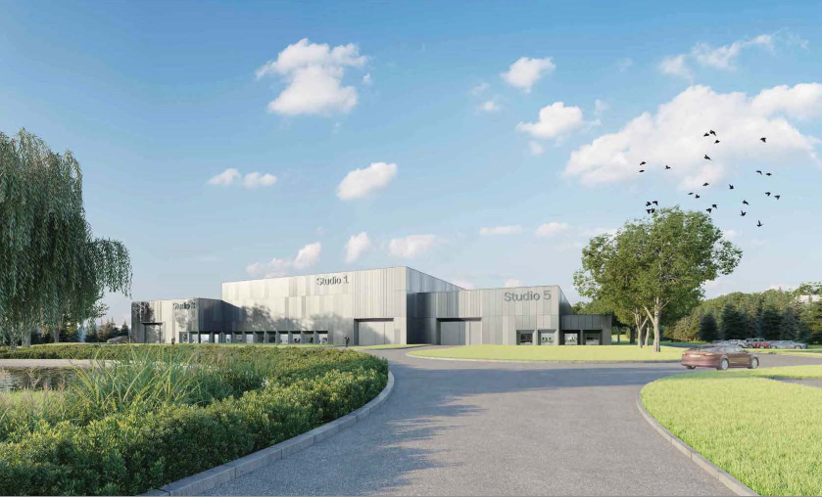 Developer Parviz Farahzad has struck a finance deal for a new film studio on Long Island as demand for movie and television content surges.

With COVID restrictions in place across the globe, streaming giants such as Netflix, are reporting record growth in their subscriber base while newcomers including NBCUniversal’s Peacock and AT&T’s HBO Max are racing to try to produce new programming.

“Film production generates tens of millions of dollars in tax revenue and economic growth given the sheer volume of people involved and the patronage of local businesses during production,” said Richard Kessel, chairman of the Nassau Industrial Development Agency, which last week approved support for the $15 million development.

“The film industry’s footprint in Nassau County is growing and we are becoming an even more attractive place for filmmakers.”

Farahzad’s Grumman Studios is a sound stage complex created in the former Apollo Lunar Module assembly plant at the old Grumman aircraft works in Bethpage, New. The studio – which operates as Lunar Module Park, LLC, – has been used for dozens of blockbusters, including Spiderman and The Avengers.

According to the IDA, the proposed new studio in Port Washington is expected to create 400 new jobs once in use.

The agency has approved a 15-year Payment in Lieu of Taxes (PILOT) agreement for the new studio at 101 Channel Drive and granted Lunar Module Park a PILOTmextension for its Grumman Road Studios.

The incentives are expected to generate more than $759 million of economic impact over the course of the two pilots. Even with the reduction of tax payments, the IDA calculates that there will be a net tax benefit to the county of nearly $38 million over the next 15 years.

“I am delighted that the IDA is able to assist in bringing a third fully approved NYS sound studio to Nassau County, just as the film and television industry is making its comeback – with major players like HBO, Apple TV, Netflix and NBC all with projects in the works,” said Nassau County Executive Laura Curran.

“At its height, the industry generated upwards of $170 million in economic activity on Long Island annually.  A new studio in Port Washington, coupled with our myriad locations and proximity to NYC, furthers Nassau’s position as the place to film.”

“The Nassau County IDA has supported Lunar Module Park’s endeavors for many years now and our projects have been beneficial both for us and Nassau County residents,” said Farahzad. “In working together, we have been able to create hundreds of jobs and spur a significant amount of economic activity in the region. We look forward to continuing this relationship that delivers for all parties involved.”

In August, Steiner Studios owner Doug Steiner announced a new 500,000 s/f film and television studio in Sunset Park, while Netflix is building a production hub in Bushwick and Robert De Niro’s Wildflower Studios is set to rise in Astoria. In the Bronx, York Studios opened in January this year alongside Silvercup North, part of the city’s second biggest studio operation.

Kaufman Astoria Studios has expanded properties in Queens, Brooklyn, and The Bronx and Lionsgate is set to anchor a new $100 million production-studio development in Yonkers.

As well as phenomenal growth in viewership, the spurt in development has been attributed to lucrative cash incentives offered by New York State as part of an effort to attract more of the industry back from places such as Canada.

Across the Hudson River, New Jersey has also been juicing up its Garden State Film and Digital Media Jobs Act to offer more lucrative deals to studios.

Plans are in hand to open the state’s largest movie and television studio complex at Caven Point in Jersey City where Criterion Group is building a 135,000 s/f complex. Criterion is also partnering with Queens-based One Stop Properties to develop INDUSTRY GO, two more studios at 14-16 Burma Road and 150 Theodore Conrad Drive in Jersey City.

Will Nelson, senior vice president of real estate lending at Columbia Pacific Advisors – which provided $48.25 million in acquisition financing for Industry Go – told Jerseydigs.com, “The need for studio production space in the New York Metropolitan area is continuing to grow due to an increase in demand for new film and television content, and we believe 14-16 Burma Road and 150 Theodore Conrad Drive are well positioned to capitalize on this trend.”