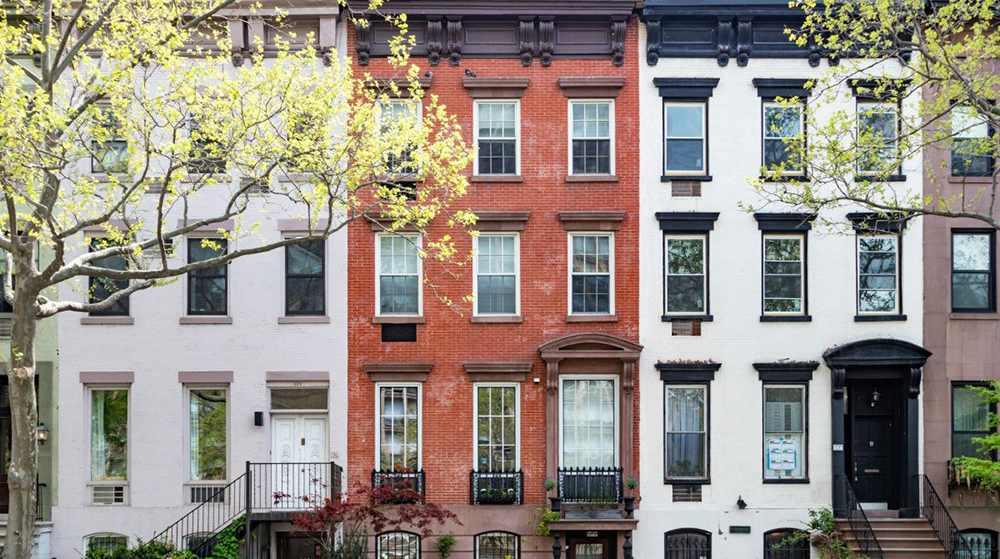 New York’s regulated apartment landlords are proposing a radical new plan to help house the city’s homeless while filling a $3.85 billion hole in their bottom line.

The Community Housing Improvement Program (CHIP), a group that represents the owners of over 400,000 rent-stabilized apartments, said nearly 12 percent of their units are sitting empty as the coronavirus continues to upend the city’s housing sector.

Now they are asking the city to fill those empty apartments with homeless individuals and families and to pay their rent with a special voucher program, similar to how it helps struggling New Yorkers with Section 8 and other rental assistance programs.

CHIP reckons the special voucher program would save the city more than $1.5 billion over five years while helping get homeless people off the streets and allowing struggling small landlords pay their bills.

“The only thing stopping tens of thousands of people from finding an apartment is bad policy, politics, and a bloated bureaucracy,” said Jay Martin, executive director of CHIP.

“It’s unacceptable that the government is failing the city’s most vulnerable during this heightened time of need. It is disgraceful that they are doing so while also wasting hundreds of millions of dollars.”

CHIP has been tracking vacancy and rent arrears among its 4,000 members since the start of the pandemic in March 2020. After reaching a 13 percent peak in November, vacancy continues to hover around 12 percent and struggling tenants have racked up over $1 billion in rent arrears.

The double whammy has left CHIP landlords – most of whom own buildings with three-to-10 units – drowning in their own debt and in danger of losing their property.

“Housing providers have been covering the cost of housing hundreds of thousands of people for months with no relief,” said Martin. “The pain from renters unable to pay rent coupled with residents fleeing the city has made this situation untenable

“We need the government to act now, the relief from Congress to flow faster to cover rent arrears, and elected officials to work with property owners to help house more people in New York City moving forward.”

CHIP estimates that rent-stabilized building owners lost roughly $3.85 billion in 2020. About $1.1 billion of that was from rent arrears, another $115 million is owed to owners by renters who vacated apartments with a balance. The remaining 70 percent comes from lost revenue due to the massive influx of vacant apartments.

CHIP is proposing issuing 10,000 vouchers in a special pilot program for the homeless that would pay rent-regulated property owners HUD Fair Market Rate, and guarantee that payment for five years.

The program would cost between $600-$800 million over five years life, a fraction of the $400 million the city spends every year housing the same number of people in shelters.

The radical plan comes as the real estate industry’s Project Parachute initiative proposes its own shakeup to expand access to rental assistance.

As part of that initiative, an Eviction Prevention Roundtable was formed with Enterprise Community Partners, The Legal Aid Society, Homeless Services United, the Real Estate Board of New York (REBNY), the New York State Association for Affordable Housing (NYSAFAH) and other housing and advocacy groups working on solutions to help keep vulnerable renters in their homes during and in the aftermath of the COVID-19 pandemic.

The Roundtable has released a list of key actions it says would “significantly increase the effectiveness and efficiency” of existing rental assistance and eviction prevention programs.

Strengthen the FHEPS and CityFHEPS programs by raising the current rent ceilings governing these programs and streamlining administrative coordination between the various City agencies tasked with implementing them.

Strengthen the One-Shot Deal program by adopting explicit guidance to ensure bias-free outcomes that address the needs of program applicants and designating a single point of contact in City government to help expedite applications and emergency rental assistance.

Lorraine Y. Collins, director of public policy at Enterprise Community Partners, said that while grappling with a dire lack of federal aid, the group’s don’t require federal action or approval and could be quickly implemented by New York City and State officials.

“We’re currently standing on the precipice of an unprecedented eviction crisis, which puts countless people at risk of further health and economic impacts,” said. “By acting now to increase eligibility for existing rental assistance programs, New York’s elected officials can help ensure that many more vulnerable tenants stay in their homes.”

“As New York faces unprecedented challenges, it has become even more crucial for real estate industry leaders, nonprofits and advocates to work collaboratively alongside the public sector to expand access to rental assistance and help keep New Yorkers safely in their homes,” said James Whelan, President of the Real Estate Board of New York (REBNY).

“While the pandemic underscores the urgent need to address our affordable housing shortage, the first step is to ensure New Yorkers can stay in their homes during this emergency,” said Jolie Milstein, president and CEO of the New York State Association for Affordable Housing. “Our group’s proposals will help accomplish just that, and we urge New York to implement them now even as we seek a long-term solution to our housing crisis.”

City brokers see light at end of the COVID tunnel