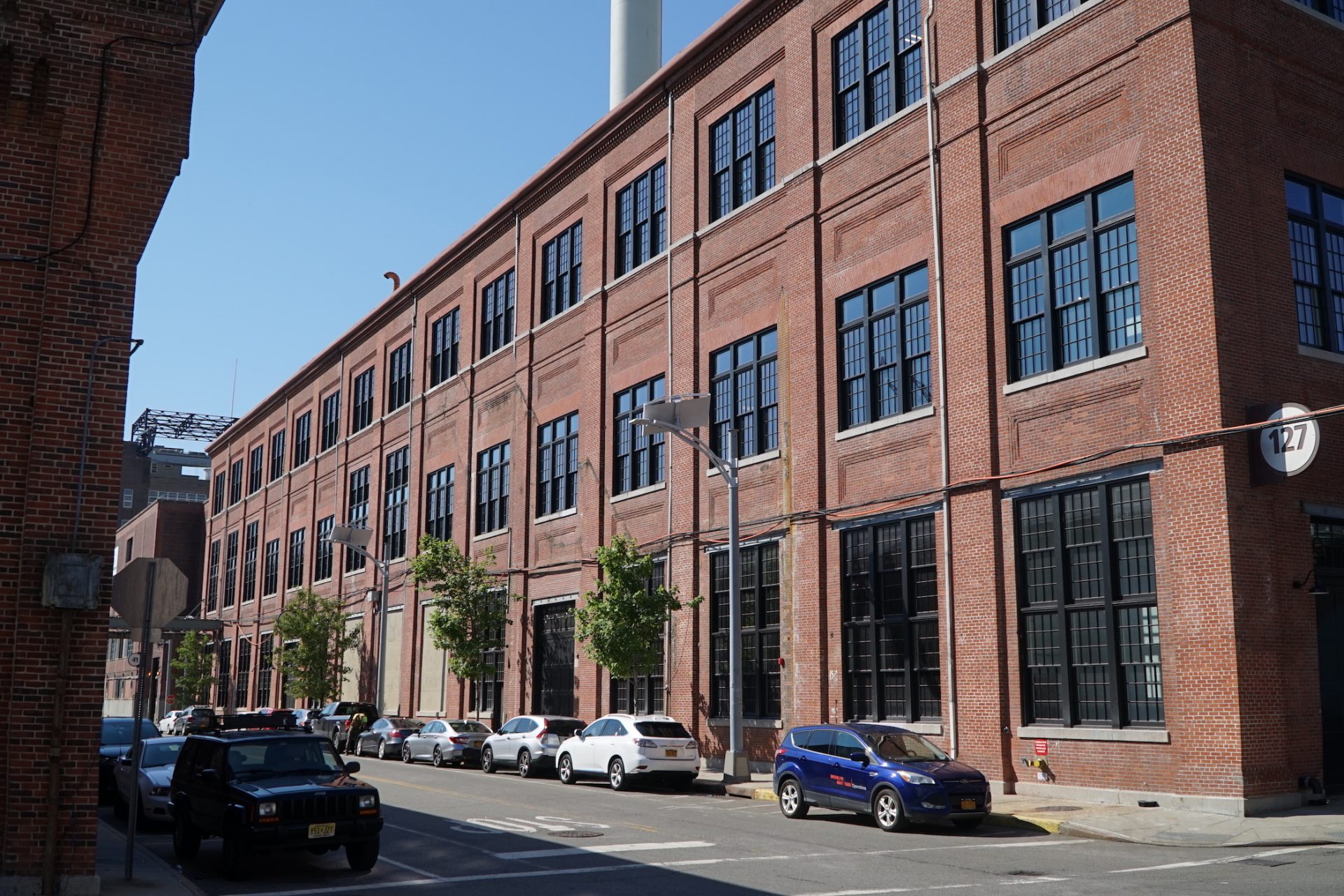 The Brooklyn Navy Yard Development Corporation (BNYDC) has signed leases with two design and manufacturing companies at the newly renovated Building 127, the last of the Yard’s historic buildings to be restored.

Smart Design and Daedalus Design & Production have signed long-term leases to relocate to the historic space, capping a robust leasing year for BNYDC, despite the pandemic.

Smart Design, one of the country’s leading strategic design consulting firms, will relocate this Spring from the Starrett-Lehigh Building in Chelsea to a 21,100 s/f of space on Building 127’s top floor.

The company has designed products and services for Ford, Sephora, OXO and Gatorade. Recent projects include the development of Gatorade Gx Sweat Patch, which combines wearable technology to capture an athlete’s sweat rate and electrolyte concentration directly from the skin.

The firm is the latest addition to a growing community of design and tech-enabled manufacturing companies across the Yard. Smart Design was represented by Ken Fishel of Legacy Real Estate in the transaction. BNYDC handled the lease in house.

At the same time, Daedalus Design & Production has signed a ten-year lease to take 35,000 s/f of Building 127’s ground floor, moving from its current location in Greenpoint.

Founded in 2002, the company specializes in manufacturing custom scenery and furniture for live theatrical productions, museums, stores and other clients, and is one of the few remaining scenic shops located in New York City with a significant focus on Broadway. Recently, the firm has constructed scenery and props for both Broadway and International productions of Dear Evan Hansen, Hamilton and Disney’s Frozen.

This year, Daedalus led the construction of the 400 lanterns seen in President Biden’s tribute last week along the Reflecting Pool in Washington D.C., to American COVID-19 victims.

“The city’s most creative firms like Smart Design and Daedalus continue to choose the Navy Yard for its community of innovative companies, proximity to their workforce, and work environments like Building 127 that simply can’t be replicated anywhere else in the city,” said Johanna Greenbaum, Chief Development Officer at the Brooklyn Navy Yard Development Corporation.

“Both of these companies embody the future of manufacturing and design in New York City. We are thrilled to welcome them to our final restored historic building and to the Yard community.”

In 2018, the BNYDC secured $42 million to redevelop Building 127, which is the Yard’s final adaptive reuse project. BNYDC then undertook the redevelopment, which allowed for a modernization that added 95,000 s/f of manufacturing space and creative office.

The building renovation was designed by S9 Architecture and construction was managed by Turner Construction Company. Smart Design has retained Kostow Greenwood Architects to design its new studio space. With the building set to open more than half leased, BNYDC is marketing its remaining spaces through its in-house leasing team.

Located on Morris Avenue between 3rd and 4th Streets, the building that once housed a United States Navy shipbuilding facility was most recently occupied by the Cumberland Packing Corp., best known as the manufacturer of the sugar substitute Sweet & Low, who left the space in 2017.

In December, BNYDC announced it had signed more than 162,000 s/fof leases with an array of manufacturing and design tenants during the pandemic, along with more than 81,000 s/f of lease renewals during that period.

At the same time, the Yard recently hired a CBRE team led by Executive Vice President Brad Gerla for the exclusive marketing rights to lease space at creative office spaces on the top floors of Building 303 and Building 77.

The Navy Yard is undergoing its largest expansion since World War II, which will increase the Yard’s job total to 20,000 from its current 11,000 in the coming years. The expansion includes the aforementioned renovation of Building 77 to provide space to vertically-integrated design and manufacturing companies and the ground-floor Food Manufacturing Market; Nanotronics’ high-tech manufacturing hub in Building 20; the Green Manufacturing Center, which houses New Lab, Crye Precision, and Bednark; and an expanded Steiner Studios, the largest film and television production studio outside Hollywood in the United States. BNYDC also announced a $2.5 billion master plan to create 10,000 additional jobs housed in vertical manufacturing buildings, which would bring the total number of jobs at the Yard to 30,000 in the coming decades.

Additionally, the Yard played an integral role at the outset of the COVID-19 pandemic last spring, serving as a central PPE production hub for the City as it faced shortages in face shields, medical gowns and ventilators, among other equipment. Ultimately BNYDC spearheaded the production of roughly a dozen products by Yard tenants, including nearly ten million units of PPE and more than 26,000 gallons of hand sanitizer.