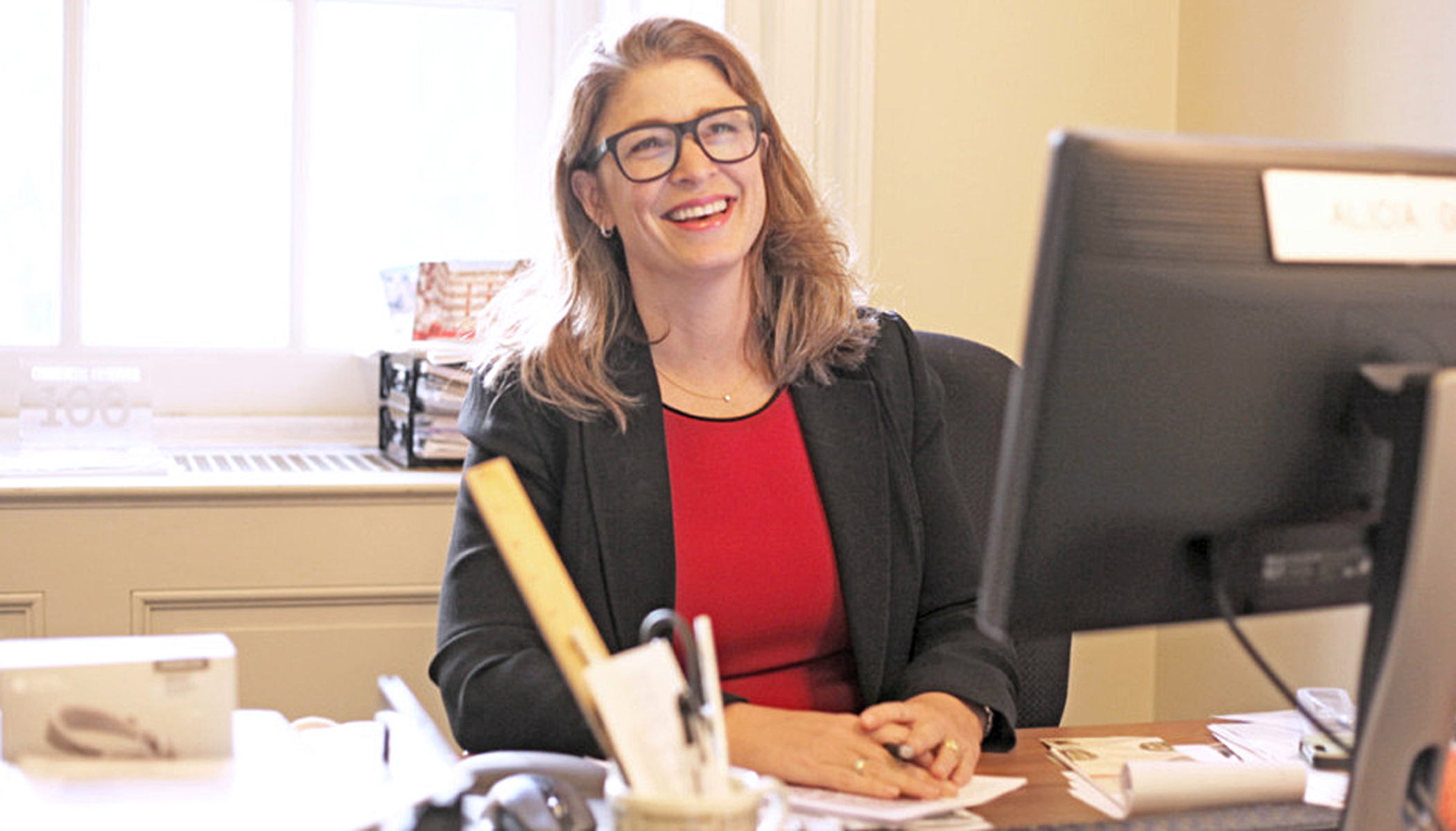 Deputy Mayor Alicia Glen on zen, housing and the moving parts of governing

Alicia Glen, New York City’s Deputy Mayor for Housing and Economic Development, does not operate on tranquility. Glen, who confessed to being encumbered with the anxious instincts of her Jewish mother, doubts that the adjective form of “zen” can be attached to her traits.

“I don’t think anybody would put that on the top ten adjectives for me. But I feel less worried. I have a Jewish mother. I’m always worried about everything. But I’m feeling better about how things are running,” she said.

Her easing concerns relate to being the architect of a housing and economic expansion strategy for a billowing number of New Yorkers.

As of July 2015, that number was at 8,550,405. To gain a sense of scale, that’s similar to the population count of countries such as Austria, Jordan and Switzerland. Nonetheless, almost three years in, Glen said she’s reached a point of equilibrium.

“You know what the strengths and weaknesses are of your senior managers. Different commissioners and different senior people need different kinds of support. It’s gotten a lot easier for me to know who needs more hand-holding or who needs more strategic advice. You do get better at that,” she said.

“I have gotten to a more balanced place. After two-and-a-half years, I can see the rhythms and the patterns better than I did when I first got here,” she said.

Her views on how the city should grow, and who should be included in its ascent, were shaped by the Upper West Side, where she has lived since she was a child.

“My own experience shows neighborhoods can change and they can evolve. But you also want to keep something that makes it authentic. That’s why it’s important for us to continue to build and preserve in neighborhoods so that they can retain the mix of people,” she said.

“We don’t want everybody to be a Wall Street guy. You also want the person down the block to be a teacher, or to be a poet, or someone who gives your kids flute lessons. It’s sort of nice that my flute teacher — although I only did flute for about a year — was a graduate student at the Manhattan School of Music. He made $50-an-hour attempting to teach me how to play the flute. More and more, that person has to live two hours away because there’s no place for those folks to live.”

Glen has a history of securing homes for flute teachers and their ilk. She worked as the assistant commissioner for housing finance at HPD during the Guiliani administration. She also led Goldman Sach’s Urban Investment Group, which funded low-income housing projects.

Before joining the de Blasio administration, Glen said she was convinced she had an accurate view of a Deputy Mayor’s responsibilities. As it turns out, she was overly optimistic.

“I knew it was going to be a lot of moving pieces. And I knew that I was being given a huge portfolio. I’m not sure I understood how difficult it is to balance the constant incoming with staying focused on the ten big things you came here to do,” she said.

“I think people approach that very differently. I try to be really, really responsive to the day-to-day. I think it’s important that people have access and decisions are made very quickly. But I also want to be able to keep my eyes on the prize and the big things that I’ve been working on. I think that balance is really hard to strike,” she said.

However, Glen said that she’s not as busy as advertised. Officially, she’s in charge of 40 agencies. In January of last year, her portfolio expanded to include the Department of Parks and Recreation and the Housing Recovery Office. On a day-to-day basis, however, she spends her time on just a quarter of that total.

“The truth of the matter is, I probably have ten agencies that take up my time. It’s not small,” she said. “At the end of the day, there are probably ten agencies that are really things I work on day-to-day, depending on what their jobs are. Like the Parks Department; they have to mow the lawn, they have to plant trees (and) they have to hire lifeguards. They have a lot of operational issues. And then you have agencies like EDC (Economic Development Corporation) and HPD (Department of Housing Preservation and Development), where we’re really planning major transformational projects. I think it’s what makes my job the best. It’s a mix of both.

“I get to work in quick time, but I also get to sit with the Planning Department, with EDC, with HPD to think about what is the future city going to look like. That’s a treat I don’t think anybody else gets.”

Nonetheless, Glen’s responsibilities have left her fantasizing about amendments to the laws of time and space. “I don’t think I realized how I really do need more like 36-hours in a day. I’d like some more hours so I can do even better,” she said.

With the city holding elections later this year, Glen faces the possibility of having more free time. She has plans for if and when that happens.

This year, CREW — the nationʼs largest organization dedicated to women working in the commercial real estate sector — will help co-ordinate a line-up of speakers who will take part in a day of discussion and debate.

Accounting giant EisnerAmper is again co-hosting the forum, which will take place at the Bar Building at 36 West 44th Street, from 8 a.m to 12.30 p.m. on Wednesday, June 14.

The theme for the 2017 Womenʼs Forum is “Embracing Change,” and speakers will explore the impact of national and international political and economic change on the real estate markets. Ticket and speaker details will be announced in due course.