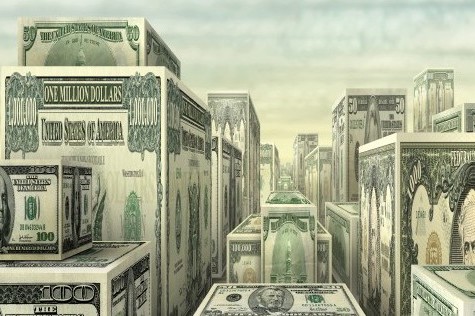 Real estate owners have started angling for a market correction by shifting from acquisitions to debt — and some are using other people’s money to do it.

It’s a common play when property values are saturated, industry observers say, for companies to use extra cash to issue leveraged loans to other owners and developers that are in a pinch. Lenders get revenue in the short term and acquisition opportunities should things go south.

However, the script is a bit different this time around. Firms that have dabbled in this practice in the past have formalized their efforts by launching well-staffed debt funds backed by institutional money.

“It’s a good time in the cycle to be in the debt business,” investment banker David Eyzenberg said. “The reality is, with the leverage on the senior side, you’re getting a better return on what equity would generate otherwise.

“It’s demonstrative of being a little more defensive when you’re a little later in the cycle,” he added. “There’s a lot of liquidity in the market. I’ve never seen so much liquidity.”

Much of that excess capital is being deployed in construction and bridge loans, most of which are between $25 million and $100 million, though some firms are open to acquisition, mezzanine, condo conversion and various other mortgages, with some debt packages nearly half a billion dollars.

Real estate’s financial expansion is a response to two separate forces, according to Michael May, president of Silverstein Capital Partners: the market and federal regulations issued after of the banking collapse of 2008.

“This is literally an eight-year hangover for the banks,” May said. “The federal government wants them moving away from this business and, if the government doesn’t want you to do a regulated activity, you’re not going to do it.

Slate Property partnered with the Carlyle Group, a private equity firm, for a $750 million fund.

Earlier this year, RXR Realty linked up with a Canadian pension fund and the Moinian Group has rolled out a debt platform with its own money raised on the Israeli bonds market.

Other owner-operators, such as the Related Companies, Kushner Companies and SL Green, have been in the debt space as well.

“If you look at that list, we’re all somewhat similar companies, commercial real estate owners and operators, and everyone is a relatively seasoned investor,” said John Chassin, managing director of Moinian Capital Partners. “For all of us, it’s a natural offshoot of the operational skills we already have at our disposal.”

Developers see the lending space as an opportunity to leverage not only an inflated market, but also their own expertise and resources. With teams of employees already dedicated to underwriting, design, construction and asset management, these firms feel they’re positioned to either help their borrowers succeed or, if necessary, pick up where they left off.

“We’ve got hundreds of people with thousands of years of experience collectively that are on board, that know real estate, speak real estate and understand real estate,” May said. “We have all the tools in place to be a market leader.”

To capitalize on their knowledge and expertise, most of these companies are staying close to the markets they know best, the ones where they already have assets.

For some, such as Fort Amsterdam Capital — the lending arm of middle market developer Sugar Hill Capital Partners — that means projects in Manhattan, Brooklyn, Queens and the Bronx, exclusively.

Launched in 2015, Fort Amsterdam Capital is one of the smaller funds in this growing class of alternative lenders, issuing loans between $2 million and $25 million to similar size developers, many of which are sprucing up old buildings in the less glamorous parts of the city.

Although the scale is smaller, the priorities remain the same, said principal David Schwartz

“We underwrite a property as if we owned it ourselves and look at projections for rents, sales and costs of conversion,” Schwartz said. “Our competitive advantage is we really understand the asset class so we have speed of decision and speed of capital.”

Others, such as Moinian and Silverstein, are looking at South Florida and California, areas where they or their newly-minted fund managers have a depth of experience.

This familiarity is crucial for securing institutional capital, Eyzenberg said. Like local owners, these large national and international funds are still hungry for New York real estate even though high property values have made equity investments untenable.

However, what they don’t have is the expertise to pick out diamond-in-the-rough projects or manage them if their current sponsors fall short.

“The local sponsors have a good advantage because they have the boots on the ground to underwrite and do due diligence,” said Eyzenberg & Company’s David Eyzenberg. “Their involvement helps bring discipline because they’re in the trenches and they’re not looking at these things with rose-colored glasses.”