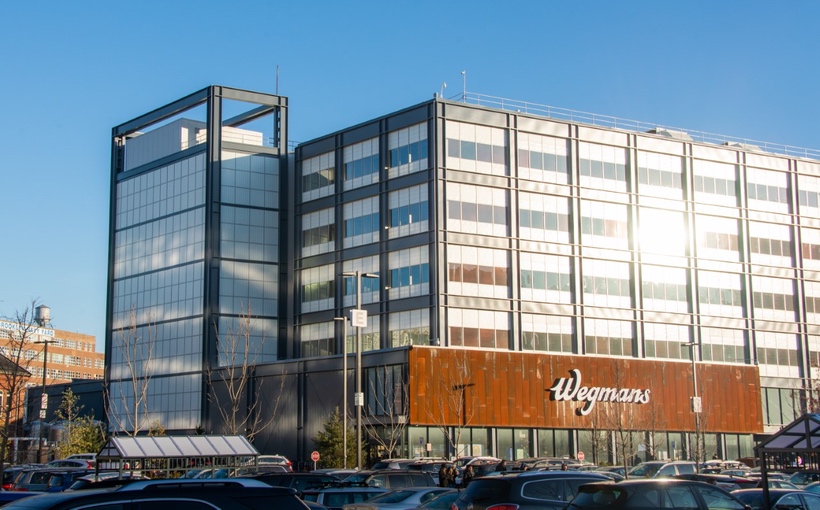 Danish footwear designer to open first US studio at BNY

Danish shoe designer ECCO is set to open a design studio at the Brooklyn Navy Yard.

It will be the company’s first studio space outside of Denmark and signals the footwear giant’s desire to expand its US market share.

“We are excited to plant roots in New York City – particularly in Brooklyn,” said Panos Mytaros, ECCO. “We live by an open-door philosophy, in which we want to invite allies across the industry to join us in learning about materials, innovation and technologies all relevant to shoe and bag making. ECCO has a manufacturing spirit, owning all of its own tanneries and factories, which will allow for greater creativity at our Brooklyn Navy Yard location.  This studio will allow us to draw closer to our American market, and we see the Brooklyn Navy Yard as the ideal space to do just that.”

Brooklyn Navy Yard Development Corporation (BNYDC) announced today that ECCO has signed a five-year lease to take 7,000 s/f for a design and prototyping studio at the Yard’s Building 212. The new ECCO space will open this fall.

“Over the last few years, the Yard has established itself as a leading destination for cutting edge fashion companies who are attracted by our unique ecosystem and eclectic mix of tenants,” said Johanna Greenbaum, Chief Development Officer at the Brooklyn Navy Yard Development Corporation.

“Building 212 is designed to be a space for innovation and collaboration, and we are excited to welcome ECCO to the Yard community.”

At Building 212, ECCO envisions a “maker space,” which will allow the company an opportunity to collaborate with designers from all over New York City and around the world.

Building 212 opened in 2019 and includes more than 130,000 s/f of manufacturing and creative office space. It is home to design firms such as Fydelity, Kaimin, Poolside and Trendy Accessories, along with the city’s first Wegmans.

The five-story building’s manufacturing space includes 30 units up for lease, which range from 1,300 to 10,000 s/f on the second, third and fourth floors. BNYDC is also developing the neighboring Building 303, which will open to light manufacturing and creative office tenants this fall.

ECCO comes to the Brooklyn Navy Yard during its ongoing $1 billion expansion, its largest since World War II, which will increase the Yard’s job total to 20,000 from its current 11,000 in the coming years.

The expansion includes the recently completed renovation of Building 77 to provide space to vertically-integrated design and manufacturing companies and the ground-floor Food Manufacturing Market; Nanotronics’ high-tech manufacturing hub under construction in Building 20; the Green Manufacturing Center, which houses New Lab; and an expanded Steiner Studios, the largest film and television production studio outside Hollywood in the United States.

The Yard also recently announced a $2.5 billion master plan to create 10,000 additional jobs housed in vertical manufacturing buildings, which would bring the total number of jobs at the Yard to 30,000 in the coming decades. The plan is centered around three underused development sites within the Yard and would include the ground-up development of vertical manufacturing space along with public realm and accessibility improvements. The plan envisions a Navy Yard more integrated within the local community and improved wayfinding, lighting, and streetscapes to make the Yard more pedestrian- and cyclist-friendly.

Building 212 is within walking distance of the F, A and C trains in Dumbo, with two shuttle lines operated by BNYDC providing direct access to and from those stations as well as a route providing access to and from and Barclays Center. The Yard also has an NYC Ferry stop on the Astoria Line and Citi Bike docking stations.