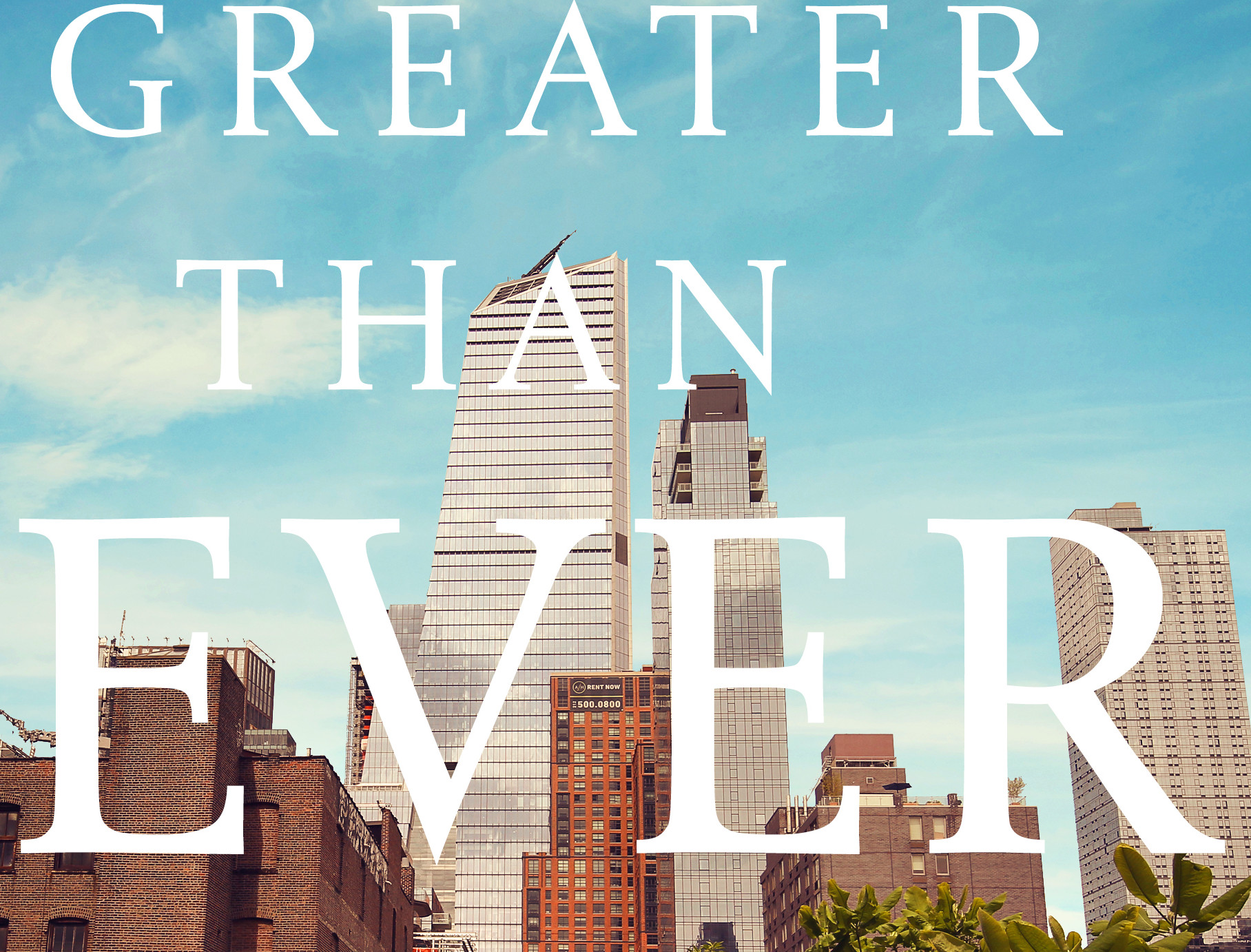 In the swirling cauldron of pivotal moments from the 2016 presidential campaign — amidst the insults, collusion, hacking, leaking and tweeting — one event seems to have been lost in the mix: March 7, Michael Bloomberg announces that he will stay out of the race.

After building a shadow campaign and crunching the numbers, he couldn’t justify the run or the risk of clearing a path for Donald Trump.

“Most important, he was totally without guile,” Doctoroff writes in his new novel, “Greater Than Ever: New York’s Big Comeback,” a memoir about his time in the Bloomberg Administration. “He was always himself, invariably straight. He was the rare elected official who said what he intended to do, and then did it.”

Spanning from the inception his Olympic ambitions through his government tenure in the wake of September 11, “Greater Than Ever” provides an insider look at city hall during one of the most tumultuous, ambitious and, ultimately, successful decades in New York history.

In it, Doctoroff details his world travels while campaigning for NYC2012, re-litigates the development quarrels at Ground Zero and builds a defense for gentrification.

Throughout the book, he credits the people, many of them government neophytes, who helped resuscitate the city in its darkest hour, but none more than Bloomberg.

During an interview with Real Estate Weekly, Doctoroff said it was important to showcase what leadership and good governance can accomplish, especially after a campaign cycle so corrosive to public trust.

“We’re living in an era when there’s mistrust in leadership that’s unprecedented, at least in my lifetime,” Doctoroff said. “The Bloomberg administration was a shining example of leadership and I don’t think people have fully appreciated yet, so I felt like it was a story that had to be told.”

Both Hillary Clinton and Trump make a handful of appearances in the book with relatively little editorializing from the author.

Doctoroff credits both for assisting with the Olympic proposal, praises Clinton for helping the post-9/11 recovery effort as New York’s junior senator and sprinkles in a few tame Trump punchlines;

“I will confess, however,” he wrote in a parenthetical aside, “that I generally enjoyed a good relationship with Trump. We didn’t always agree, and sometimes he could be a bit of a bully, but he was helpful on a handful of other issues.”

The 2016 election is never mentioned explicitly, but it’s an undercurrent.

“A lot of it was written late last year and early this year,” he said, “so it was not irrelevant to me.”

Another impetus for the book was to evaluate the areas Doctoroff targeted for economic revitalization and Olympic support a decade after he left the administration. Specifically, Hudson Yards, Lower Manhattan, Williamsburg-Greenpoint, Downtown Brooklyn and Long Island City made up the supporting cast.

He tracks the growth of each location from their various stages of blight, neglect and, in the case of the Financial District, utter destruction on to become the type of bustling live-work-play hubs that have become the face re-urbanized and, for better or worse, gentrification.

“Gentrification is actually a good thing, I don’t make a lot of bones about that,” he said. “But I do think it’s different from the question of affordability and that’s an important conversation to have.”

In chapter six, “The Virtuous Cycle of Growth,” Doctoroff writes that gentrifying neighborhoods saw rents increase more than non-gentrifying neighborhoods but counters that fact by pointing out increases in incomes that made rent burdens increase at a slower rate than non-gentrifying areas. He also wrote off the influx of white and Asian residents into these areas as a minor shift, while touting the most significant change in gentrifying areas college-educated population.

Questions still remain, he acknowledged, about whether the administration did enough to bolster the affordable housing stock.

“We created an affordable housing program when there was none, when there was no money for it and no one was calling for it and we doubled down on it as we saw the city actually growing faster than we anticipated,” Doctoroff said to Real Estate Weekly. “The financial crisis exacerbated the affordability issue, you had to put a pause on the creation of new housing and then the city ended up rebounding faster than what anyone expected, which drove prices up a faster rate.

“It was a timing issue more than a matter of intent but perhaps we could have done more to preserve affordable housing in places like Peter Cooper Village,” he continued. “I do applaud the de Blasio Administration for its commitment to creating and preserving affordable housing in the city.”

Several chapters focus heavily on the city’s two-front battle with Albany and the Dolan family over the construction of a football stadium on top of the western railyard in what is now Hudson Yards.

Thought to be an essential piece of a competitive Olympic bid, the protracted clash ended up being all for naught when then-Speaker of the Assembly Sheldon Silver killed the plan only to see the city rebound quickly with a new stadium partnership with the Mets. 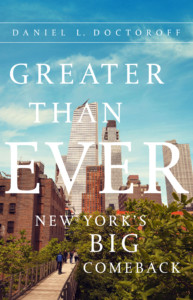 Doctoroff, whose new venture, Sidewalk Labs, is located in an office on the western portion of the railyard amidst the shimmering towers of Hudson Yards, still believes the push for a stadium was not fruitless as it helped spur other crucial investments in the corridor.

In hindsight, the only change he would have made would be to push for the sale of the land under the Javits Center to finance a new, world-class convention center in Sunnyside, Queens, rather than tie the fate of a new stadium to the old, outdated expo center.

Doctoroff credits the city’s resilience in the face of the Great Recession and its speedy recovery to the economic diversification the Bloomberg Administration helped cultivate, moving away from New York’s longstanding reliance on the financial sector by ramping up film and television tax credits, tourism and higher education.

To continue what he has coined as the “virtuous cycle of the successful city,” Doctoroff posits that New York must continue catering to the needs of the business community while also adapting to the needs and wants of the world’s top talent.

He also said it’s important for the city to retain its commitment to being “the world’s second home.”

“I’m a huge a believer that New York has always benefited from immigration,” he said. “We looked at it time and again and it wasn’t even close: immigrants more than pay for themselves and create a vitality and energy that make New York uniquely New York.”

ICSC: Demise of retail has been greatly exaggerated