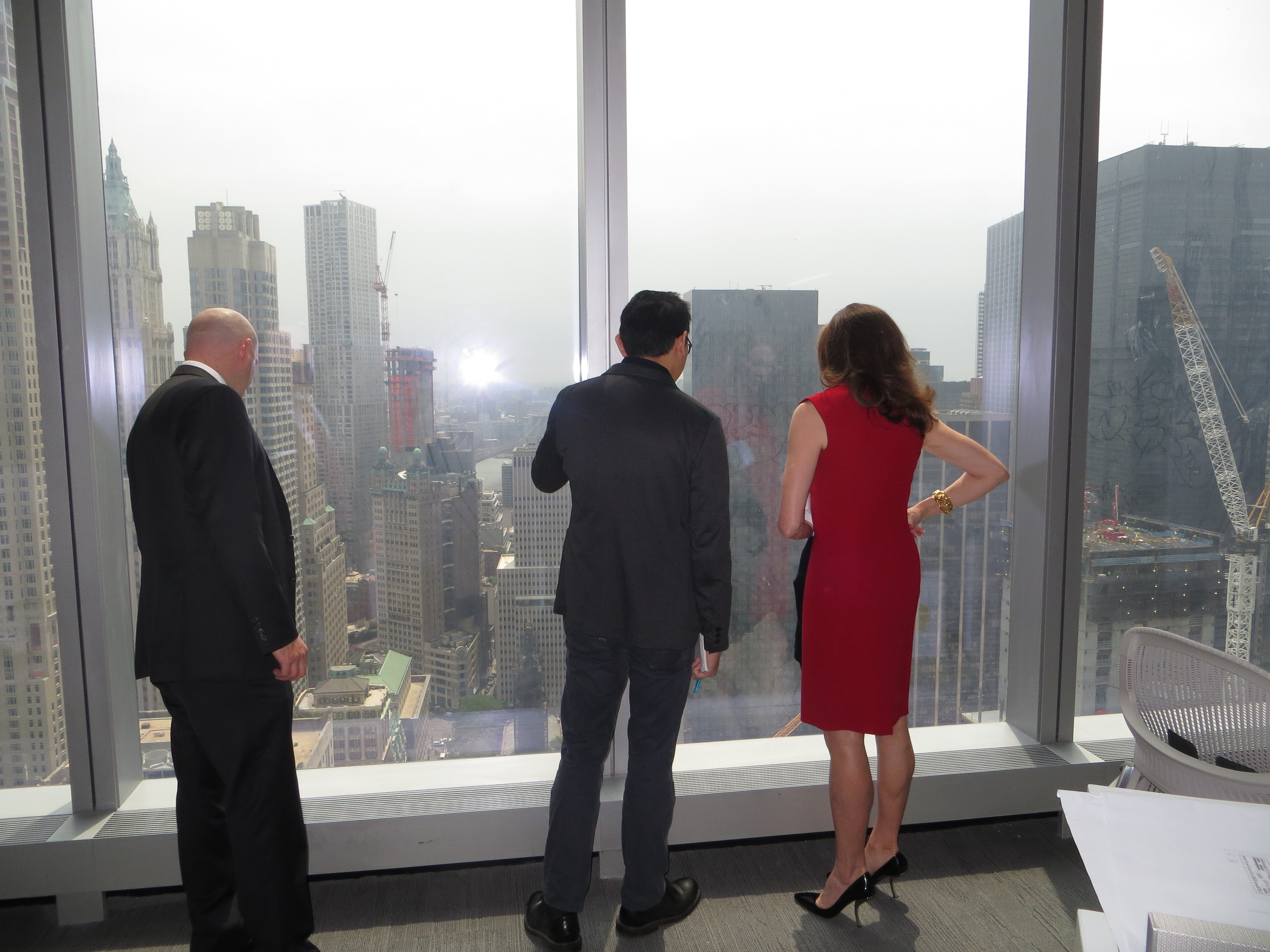 Cushman and Wakefield will move its downtown staff into new offices at One World Trade Center this week.

The real estate firm, which is also the exclusive leasing broker for the building, will relocate 30 employees from 100 Wall Street to a 10,222 s/f space on the tower’s 45th floor.

“We’re building it with workspace strategy in mind,” he said. The offices have floor-to-ceiling windows that provide a wrap-around view of Manhattan. They also have work desks that transform into standing desks with a push of a button.

However, according to Lo Russo, the firm was drawn to One World Trade Center for reasons other than fancy views and workspace amenities.

“In terms of location, a lot of real estate is moving towards the west side of Manhattan. It puts us in a better position to better serve our clients in the future,” he said.

Tara Stacom, Cushman and Wakefield’s executive vice chairman who has represented the Durst Organization in bringing the three million square feet tower to over 63 percent occupancy, added, “Cushman & Wakefield is a world-renowned global firm and there’s no better building in New York City to be than this world-renowned iconic structure.”

Stacom brokered the one-million square feet anchor lease with Condé Nast at 1 World Trade Center, the tallest building in the western hemisphere. It was the first of a slew of deals with the media, technology and advertising companies that have replaced the finance-heavy tenancy of the previous towers.

Cushman’s new office neighbors include communications platform company Symphony, which will occupy an 8,950 s/f space in the 45th floor, and the new office of agricultural commodities distributor Olam Americas, which recently signed on for space on the 47th floor.

“As real estate people, we knew downtown was going to again become a desired location in New York City. And to position ourselves here in the midst of all this renovation and rejuvenation has added to our brand,” Stacom added.

Rents in Downtown continue to soar, setting an all-time record of $56.94, according to most recent market reports . Office rents are up 10 percent from Q4 2014 and up 17 percent from a year ago.

The global brokerage has 1,200 employees in the tri-state area and world headquarters at 1290 Avenue of the Americas. The employees that will be relocated to 1 WTC are part of the company’s leasing and corporate services departments previously located at 100 Wall Street.