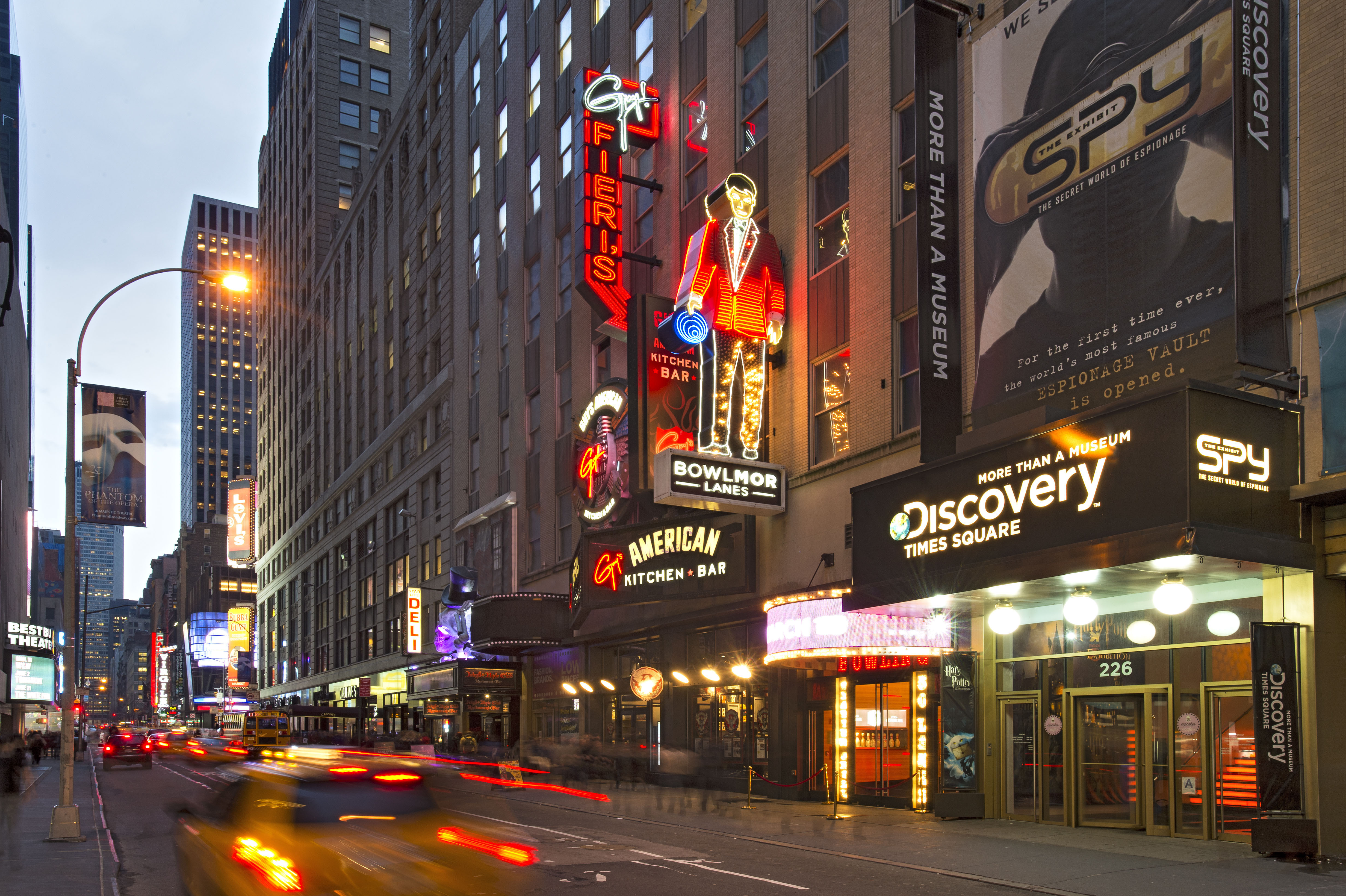 Cushman & Wakefield announced today that it has been appointed by Africa Israel (AFI-USA) and Five Mile Capital to market the 250,000 s/f retail condominium unit at 229 West 43rd Street.

Once home to the New York Times, the retail unit has been redesigned – with a more than $50 million investment – into an urban retail center in the heart of Times Square.

Home to brands such as the Discovery Times Square Exhibition, Guy’s American Kitchen, the Jekyll & Hyde Club Restaurant & Bar and Bowlmor Times Square, published reports have put the retail condo’s value in the region of $300 million.

“229 West 43rd Street has been stunningly transformed into one of the largest retail centers in Manhattan, one that is like none other in the City,” said Helen Hwang, executive vice president at Cushman & Wakefield who is handling the assignment with Nat Rockett, Karen Wiedenmann, David A. Green, Gideon Gil and Brian Szczapa on behalf of AFI-USA and Five Mile.

“It also offers an amazing springboard for a new buyer to complete the vision for the property as the premier destination in one of the most critical markets in the world.”

Located on a through block lot between 43rd and 44th Street and Seventh and Eighth Avenues, and at the entrance to the Shubert Alley, the 210,000 s/f portion of the property fronting the 44th Street side of the building is substantially leased by tenants with an average remaining lease term of 18 years.

Most recently, the Guitar Center leased 28,000 s/f and Haru Sushi took 5,300 s/f. According to the brokers, the property has received increased interest from potential tenants as a result of a scarcity for large format retail and entertainment space in a location that has a vast global tourist appeal.

Interest also comes at a time when Equity Office continues to renovate and lease its office condo unit on the upper floors of the building, including an 180,000 s/f t lease with Yahoo! completed in the middle of 2013.